We're not leafing until it's done! 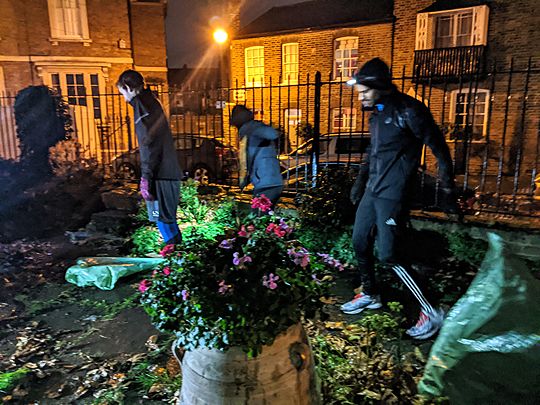 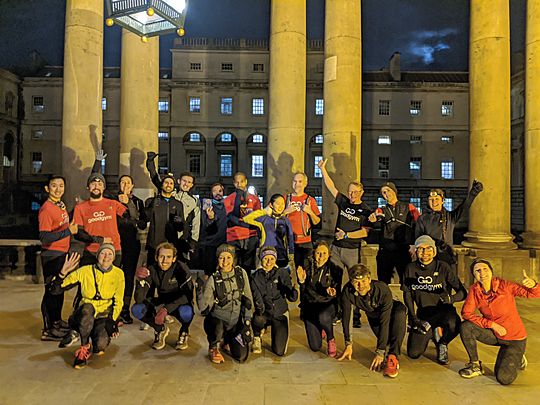 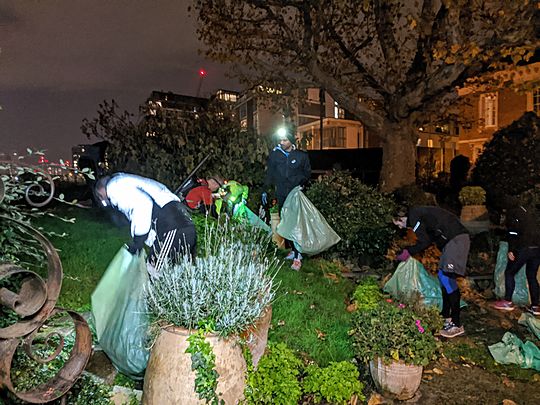 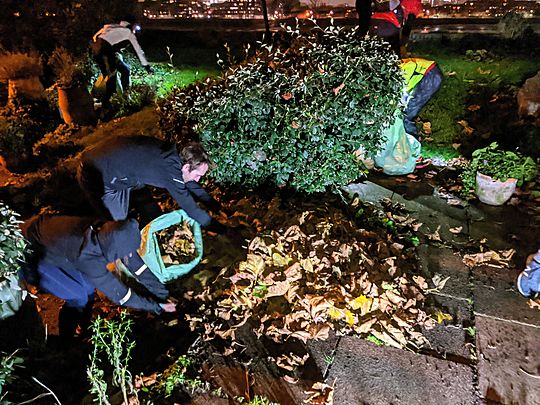 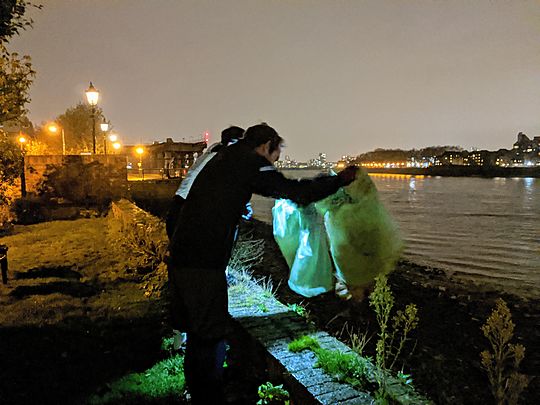 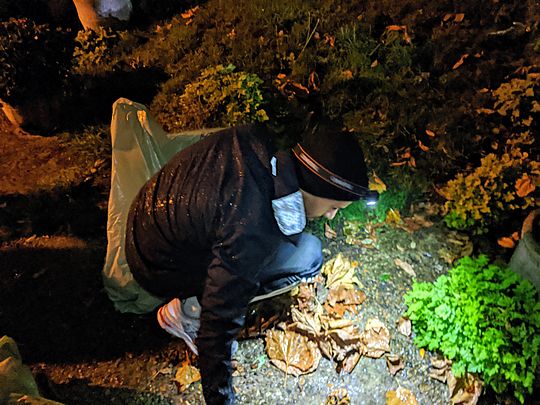 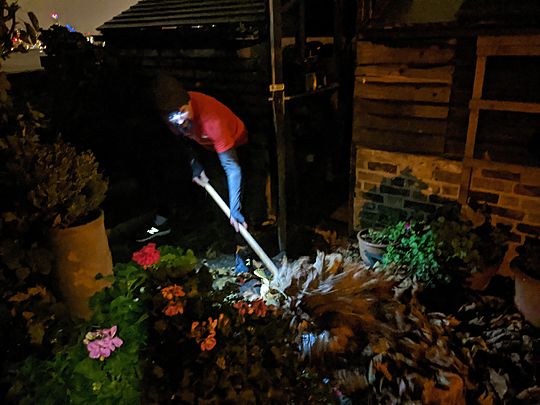 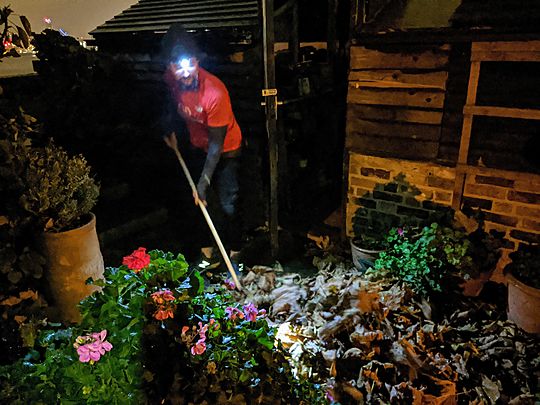 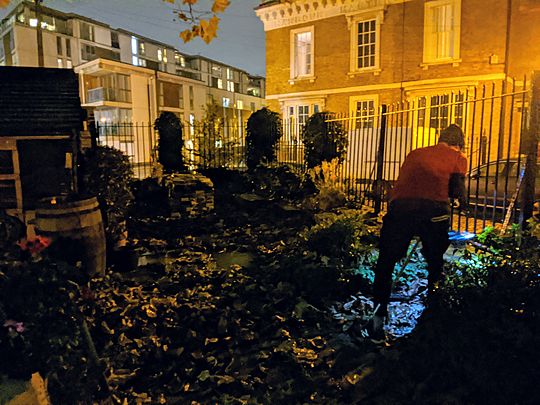 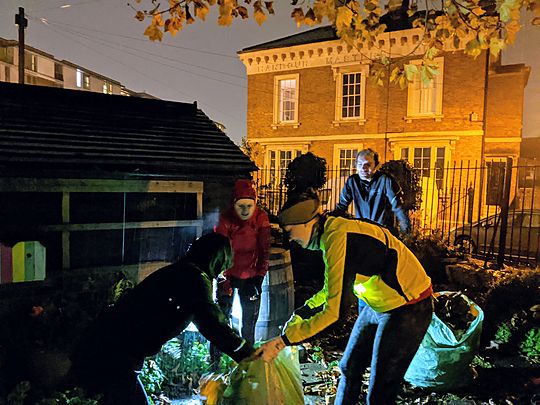 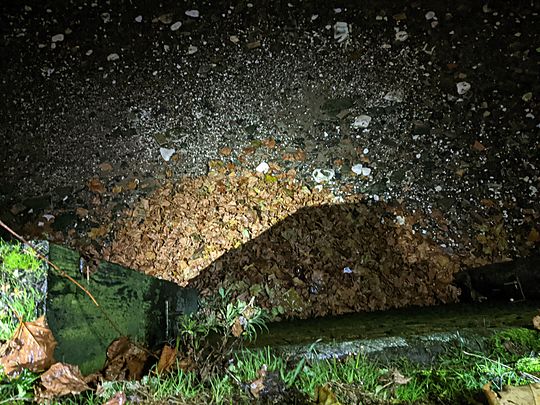 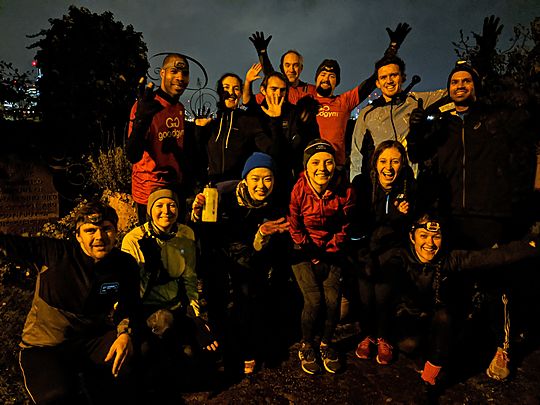 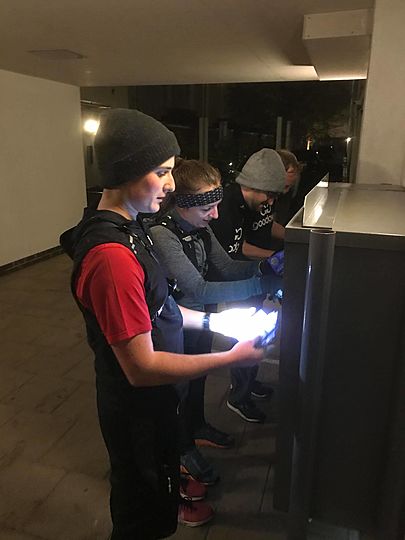 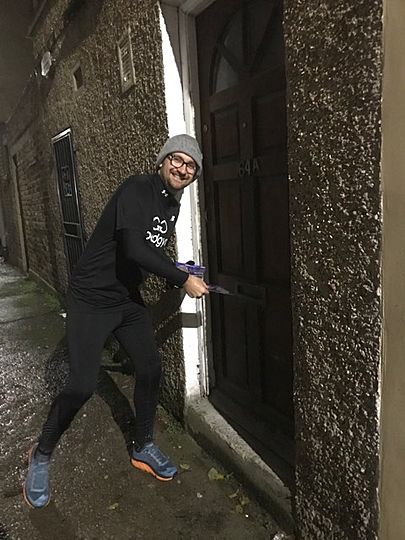 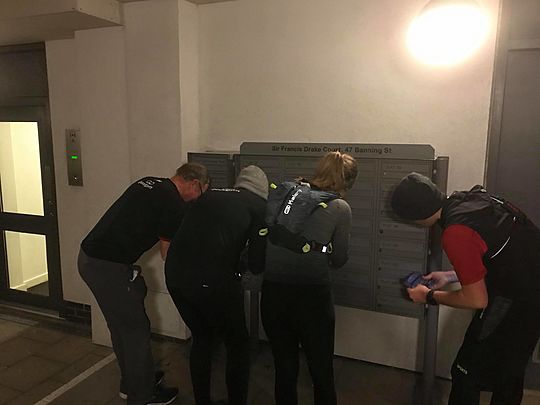 We welcomed three wonder G's to the group last night, Geena, Gaivile and George! What a great start to your GoodGym careers... cold, dark and rainy... but we wouldn't have it any other way, would we??? :)

We did a quick little warm up and then set off on our run to the garden.. and five minutes later we had arrived! We all piled in, Diane explained what needed doing, essentially clearing as many leaves as possible and chucking them all into The Thames.. it's ok, it's all biodegradable waste and the council says it's fine!

Half of the group stayed in the garden while the other half took some flyers, the same ones as last week and delivered them around the local area. Thankfully the fair hadn't happened yet and is actually taking place this weekend if anyone wanted to pop down!

We grabbed brooms and bags and got cracking on the leaves.... and then the heavens opened! Dry, light crispy leaves quickly became soggy and heavy but that didn't matter, they were being bagged up and thrown out into the river probably even quicker at this rate, we needed to move fast if we wanted to stay warm. Or, an alternative method of keeping warm was to hide in the shed which is what I found Brin doing when I went in to look for some gloves.. gave me quite a fright, like something from a horror film!

After half an hour, a huge mountain of leaves had formed on the river bank and it was time to head back, just as the rain stopped, wonderful! We took a quick photo, said our goodbyes to Diane and ran off, hoping that the leafletters would meet us back at the uni, which they did very shortly after.. PERFECT!

Since by this point, us gardeners had run less than 2k, it was time for a bit more running! Apologies to the leafletters who had covered in the region of 20km each. Anyway after a butchered explanation of the simplest running session, we got into pairs and ran around in opposite directions until we saw our partner, high fived and then turned back around with the aim being to arrive back at the start at the same time as our other half. Which seemed to work the most part! We switched partners a couple of times for maximum integration (we will have no cliques here!) and then after the third one was done we headed up for a final stretch :)

GREAT WORK everyone, thanks for getting SO much done, you made a tremendous difference and honestly that would have been a whole weekend of work for Diane so huge thanks and WELL DONE for doing it in the rain and cold and not kicking up a fuss! You're all AWESOME!

As I mentioned yesterday, we have loads of wonderful community missions coming up. For those of you that don't know, community missions are essentially the same as a group run like last night except everyone just makes their own way to the task and they don't require a DBS check (unlike regular missions) so you are ALL welcome to join and get your good deed!

Manning the cloakroom for the Rainbow Trust at the O2 - Saturday 16th November, multiple shifts

Being an accompanying adult for a Mini Mermaid at Highbury Fields Parkrun! - Saturday 7th December, 8.30am-10am

See you next time folks! We are heading to St Lukes next week which is always a lovely one! Have a lovely rest of the week!