6 GoodGymers made their way to help the Great Salterns Preservation Society in Portsmouth.

Saturday, 28th of May 2022
Led by Katie Carew-Robinson 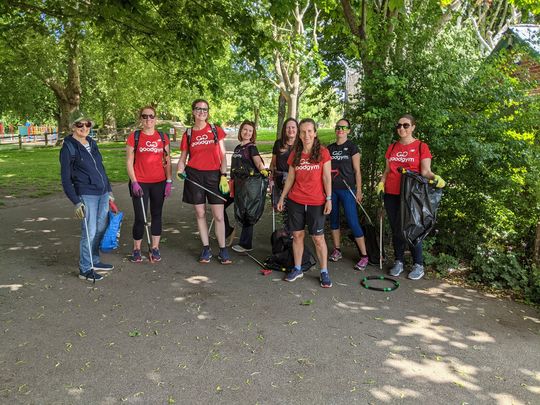 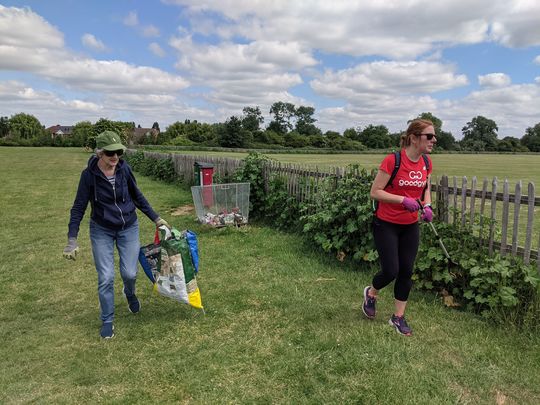 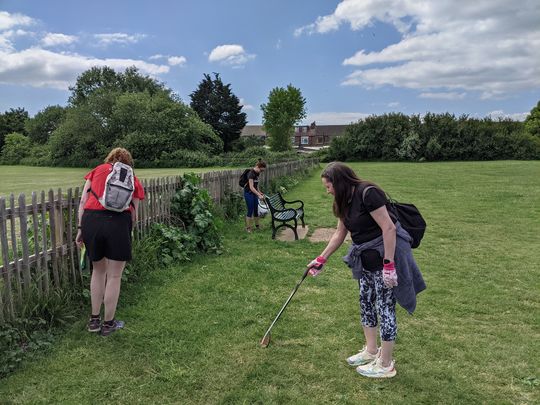 After a parkrun run/volunteer we joined forces with the other GoodGymers at Baffins Pond for the monthly BPA litter pick.

We welcomed Zoe to her first official good deed even though we've adopted her as part of the team since January 2021 vaccine clinics!

We headed off around the pond, tennis courts and small woods and somehow all split up then mostly met up again near the library, comparing notes on what we'd found (mostly cigarette butts, crisps packets and the odd bit of plastic). We then headed off to Stagg Wood where we collected more rubbish and met a couple who were setting up for a family picnic to celebrate their 25th wedding anniversary!

Laura and Vicki led the way into the wilderness area, like Indiana Jones. We tried to avoid the nettles as much as possible, with varying results. We did find the aftermath of a mini party in the woods, with beer cans, gas canisters and balloons, so it's now all clear for the next party.

We then managed to pick up Sinead on the field and almost had to send out a search party for Beth but luckily she returned to the start, complete with a large asparagus box (biggest find of the day).

The team at BPA were very pleased with our efforts. Thank you team!

Area Activator for GoodGym Portsmouth. I love running, living near the seaside and getting out into the great outdoors! I also like cake!