We came, we sawed, we conquered! 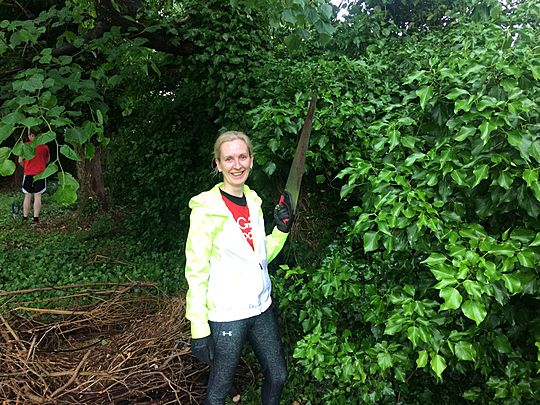 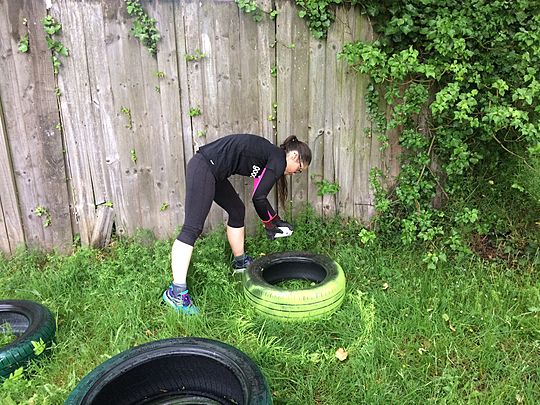 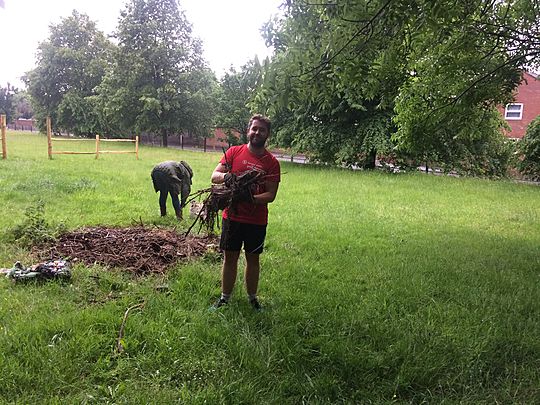 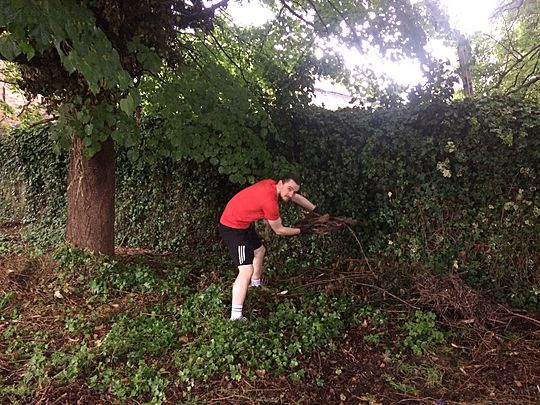 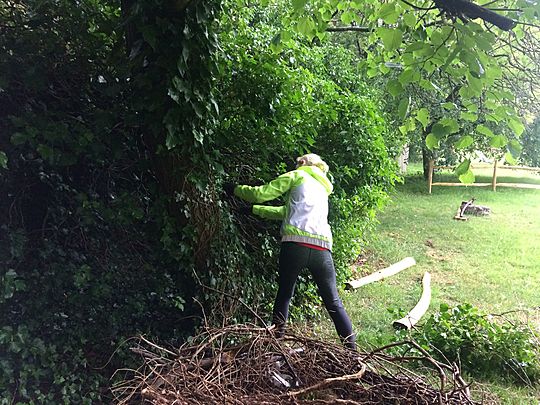 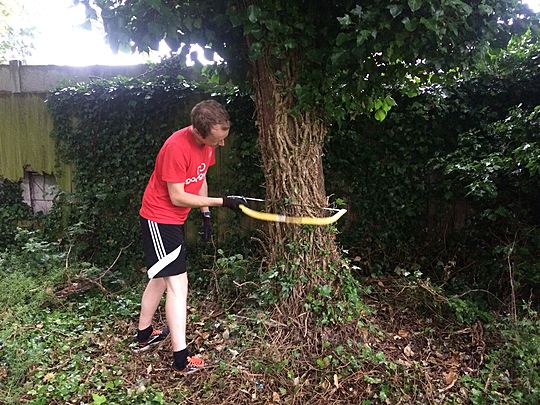 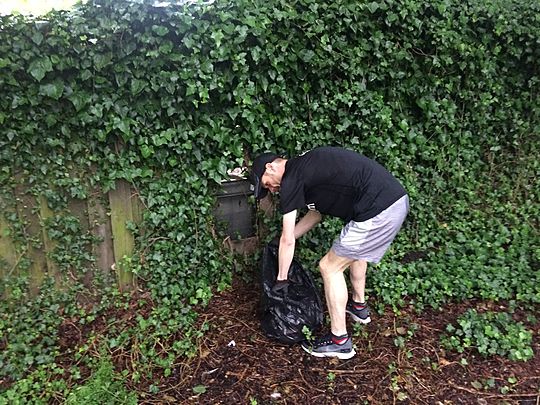 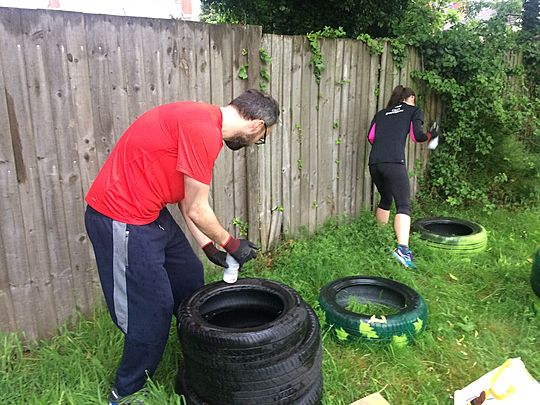 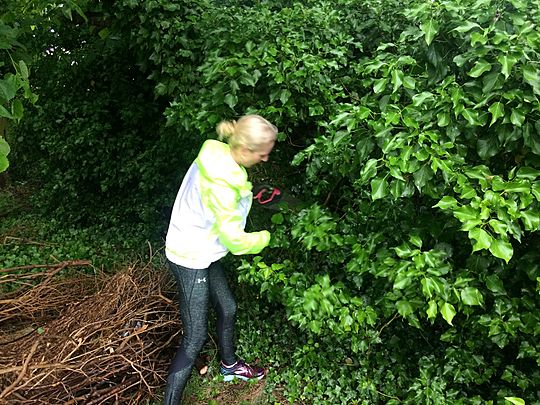 After some very heavy rain before tonight’s run we still had eight keen GoodGymer’s ready to do their thing.

We set off to Oasis Foundry School, Liam doing the front marker job and Sam the back. On arrival we were warmly greeted by Megan. The task was removing more ivy from trees, moving bunches of sticks and undergrowth to make a makeshift barrier for the kids safety, more spray painting of tyres and a litter pick. Liam and Fiona did the ivy removal job, both armed with large saws, oh and that’s were this weeks pun came from, thought up by Fiona. Sam and George built the barrier out of sticks and undergrowth, Laura and Will were let loose with the spray paint and David did the litter pick. Once done and what a great job it was, we headed back too 1000 Trades.

We had a nice run back along a now sun lit canal and arrived back at base after a good 5.5k.

Litter pick and other tasks for Oasis Foundry Academy