4 runners ran to help the Surrey Docks Farm in Southwark. 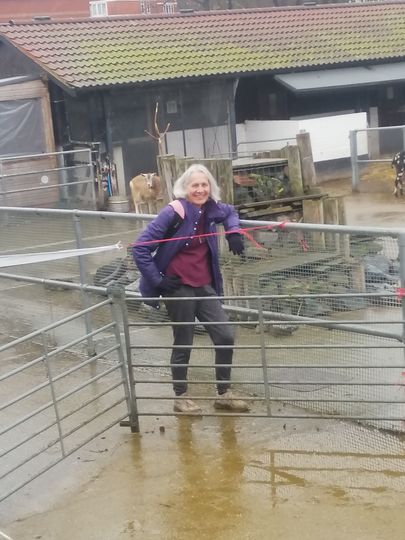 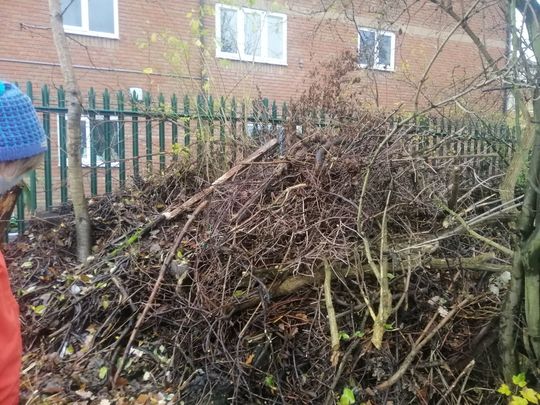 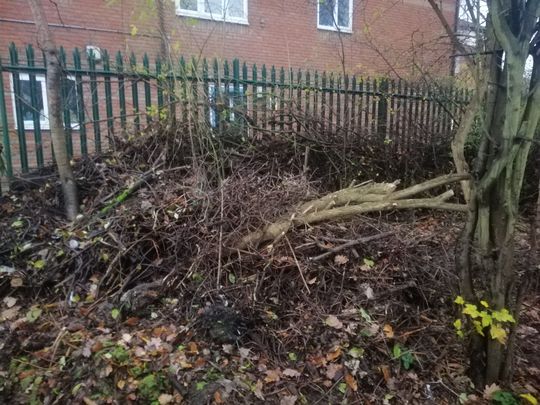 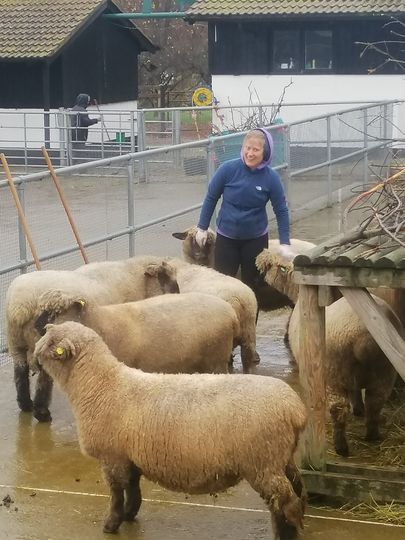 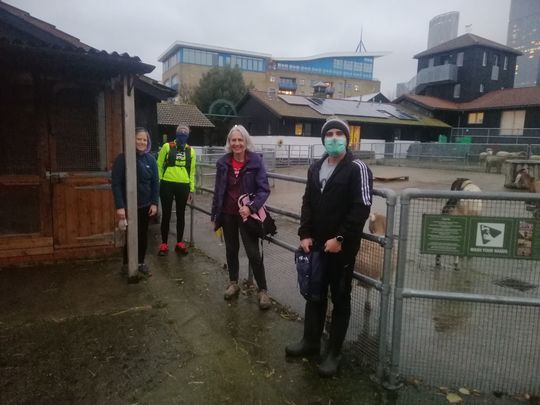 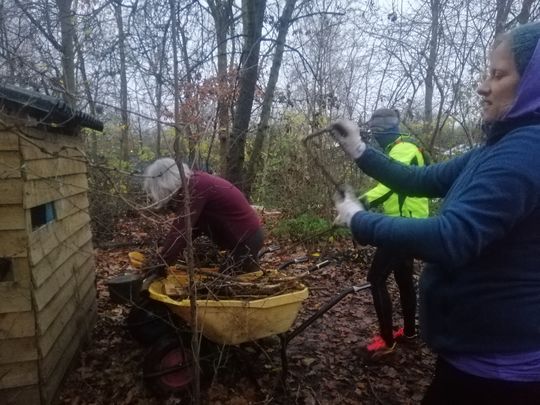 Four GoodGymers braved the light, but constant drizzling rain to see the animals and get on with the farm tasks Becs had for us!

Since the newbies, Linda and Katrin hadn't been to the farm before, they took on the task of cleaning the animal pen. This meant a mandatory pet the sheeps, goats and donkeys.

Jenny and I got stuck into sorting out twigs and logs for the woodchipper and some they wanted to break down over time. Depending on the size, the wood would stay or go on the wheelbarrow and taken to a ton bag to be woodchipped. We got a system going and after the other two were done with the animal pen, they joined us.

We made great strides with the task, but there's some left for next week when Paulin is in charge!