13 runners ran 4.0km to help the Suited for Success in Birmingham. 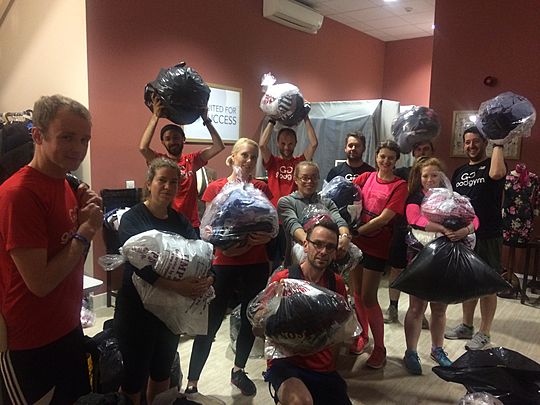 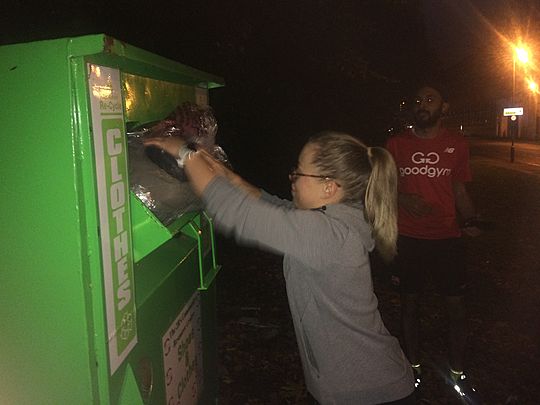 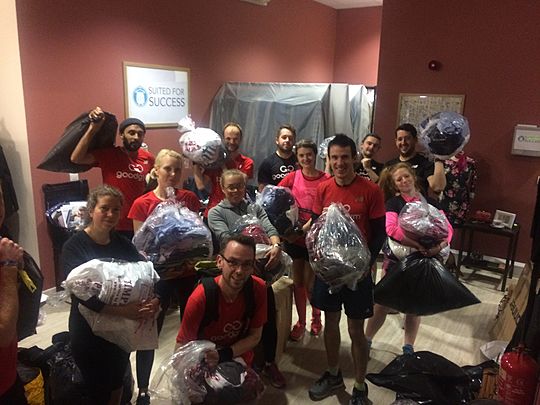 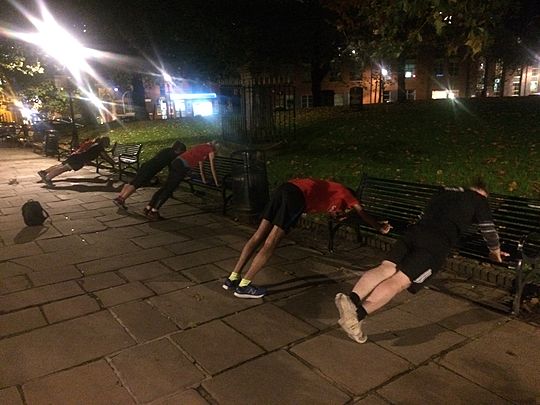 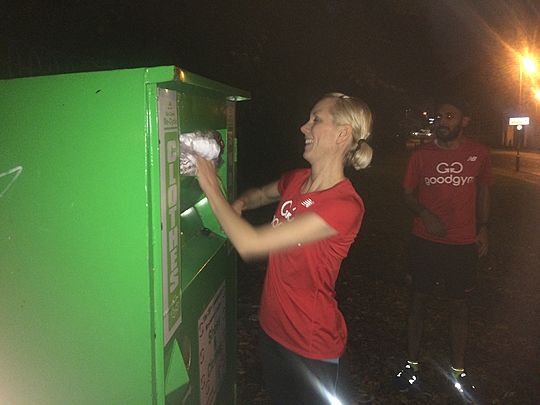 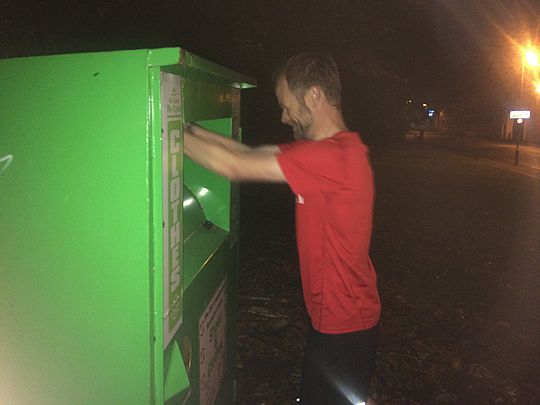 Tonight we welcomed Chloe too a group run for the first time after she had her documents checked last week. It’s great to have you with us.

Task destination tonight was Suited for Success for the first time since early spring. We walked the half mile there as we had donations to handover. On arrival, Thomas greeted us and he informed us that tonight’s task was to carry a load of sacks full of clothes they had collected to a recycling bin about 1k away. We all took a sack each, so that meant a little more walking, hence this weeks pun thought up by Miriam. Once we ‘binned’ the clothes, we could get running! We headed towards the canal and ran via Brindley Place to St Paul’s square.

On arrival at the square, it was fitness session time! We haven’t done circuits for a while, so I thought tonight was the night to change that! Press ups, squat jumps, high knees, a tough core exercise, followed by some sprints around the church were the order of the day. David showed great form with the high knees, despite his run at the Birmingham (11 mile!) Half Marathon at the weekend. Annie showed a fantastic technique with the squat jumps and Chloe put in some great work in her first fitness session, not to mention she helped out with a timing device when my phone decided to go to sleep (hence the lack of fitness sess photos!). The core exercise was tough, but both John and Sam showed great form with this one and then the sprints around the church were a fun finisher!

Once done we just had a few minutes to run back to 1000 Trades and that was tonight’s shift done.

GoodGym Trainer for Birmingham. Love all things running, including road, track and even cross country when it isn't to muddy!

A run to a community/charity organisation to help out