Turning the rocks back

3 runners ran to help an isolated older person in Bristol. 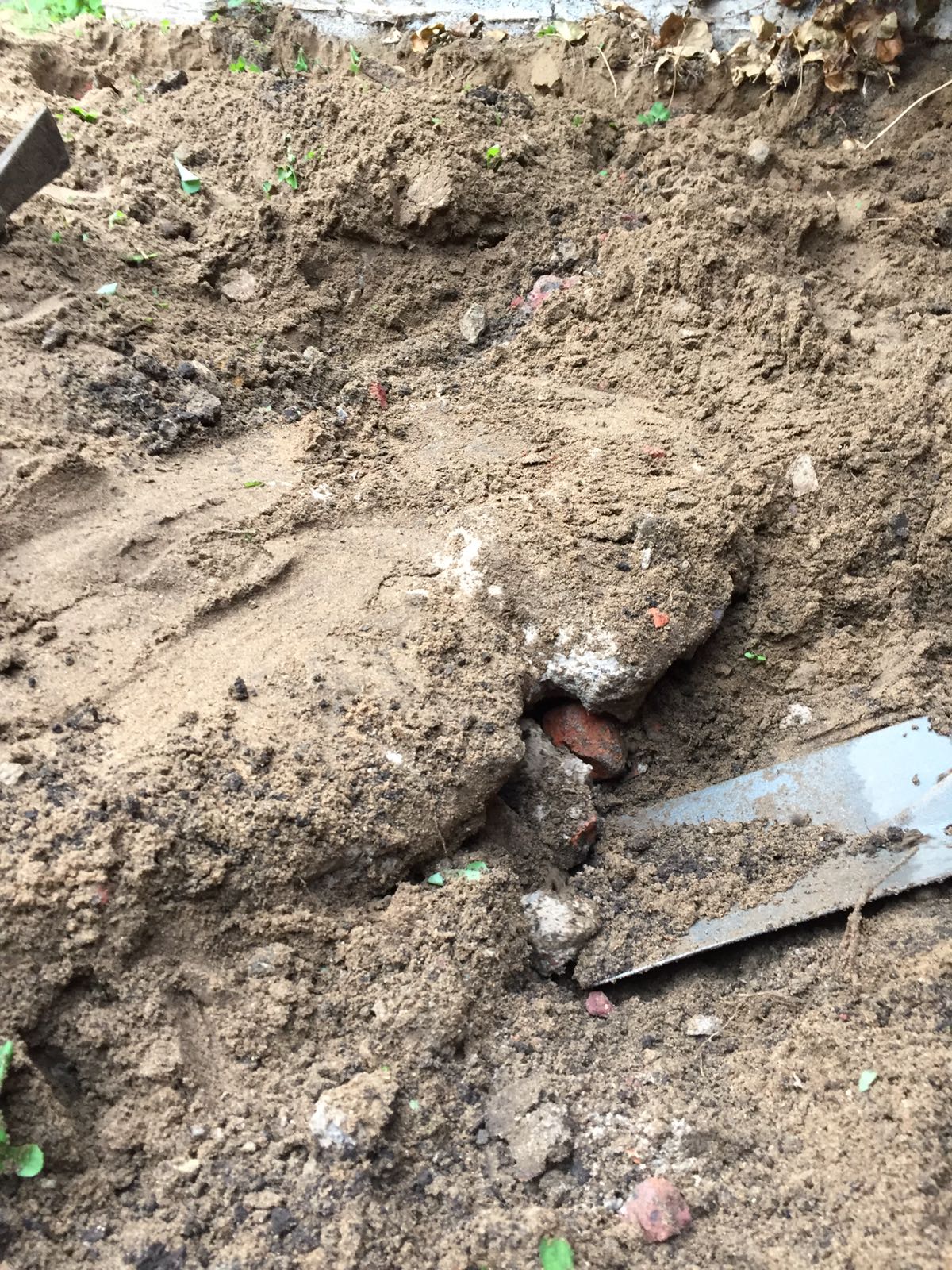 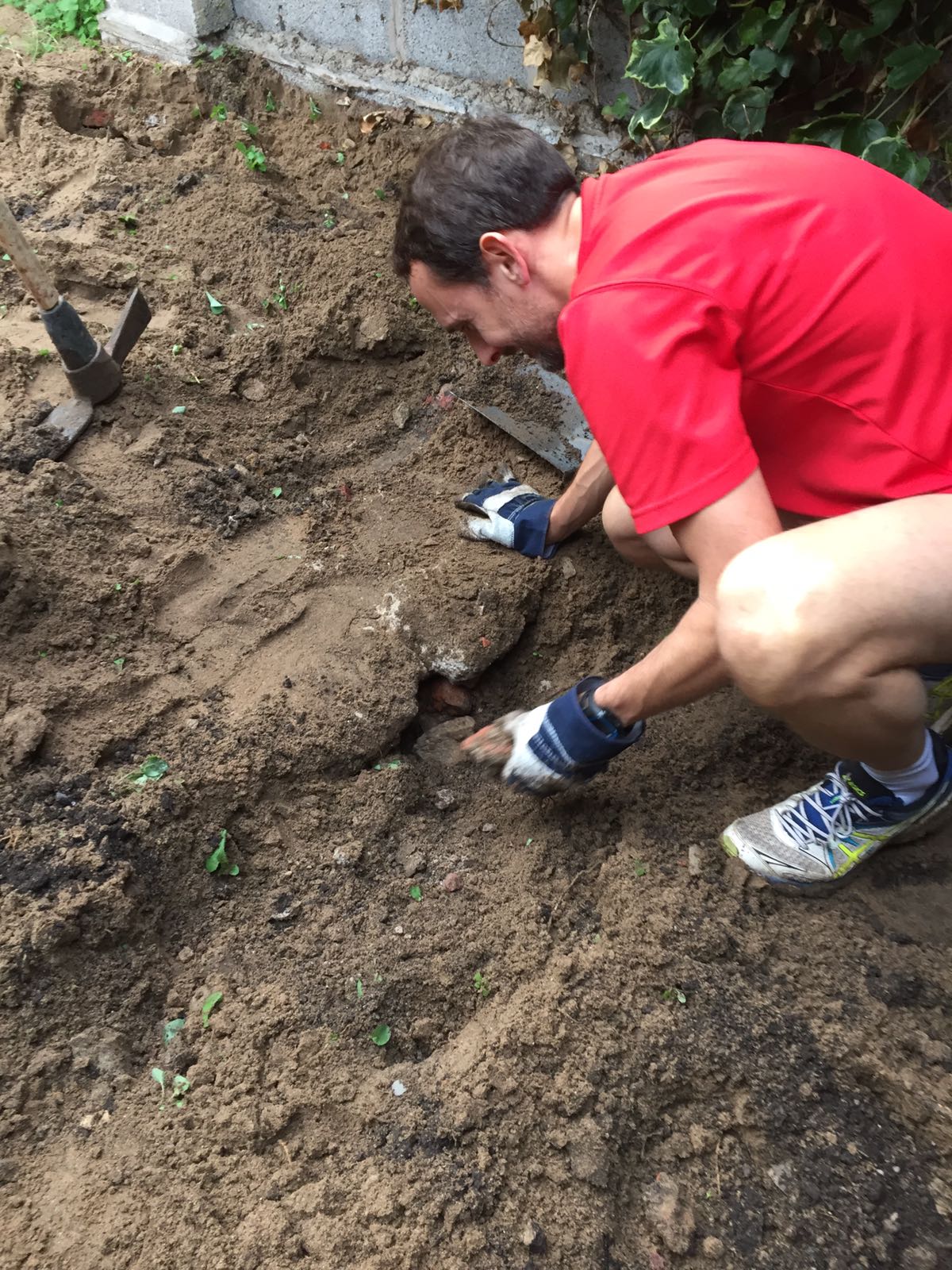 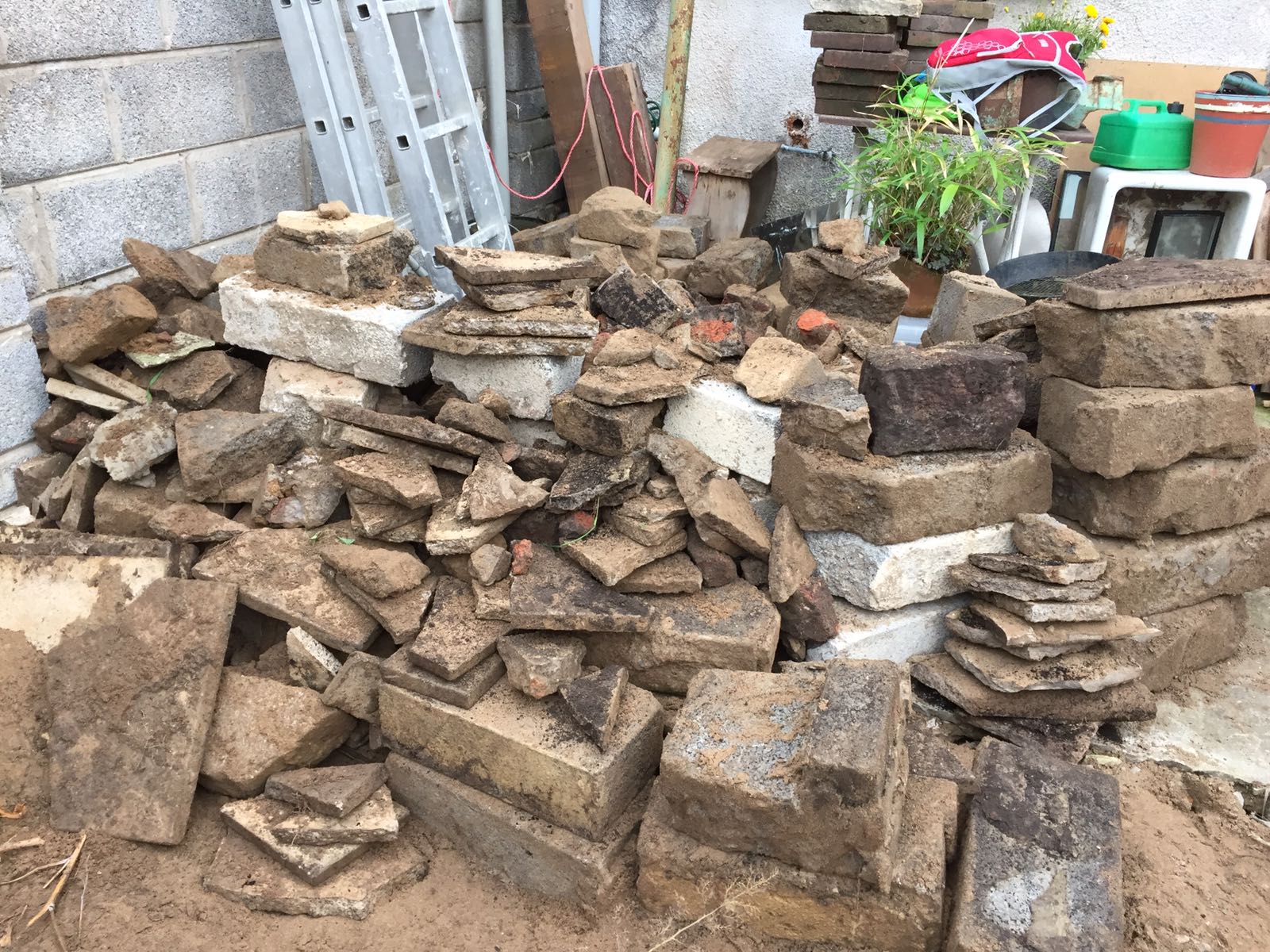 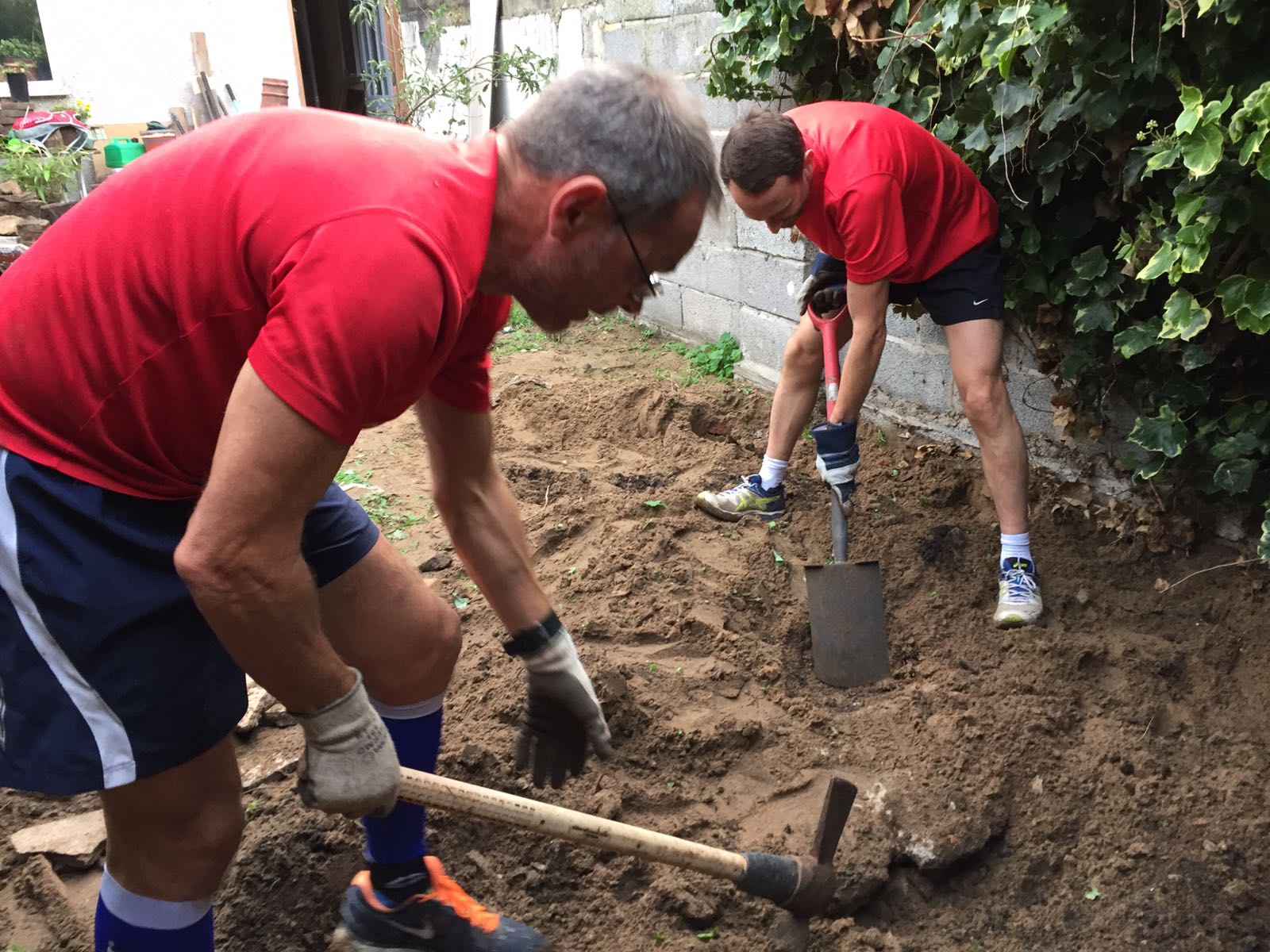 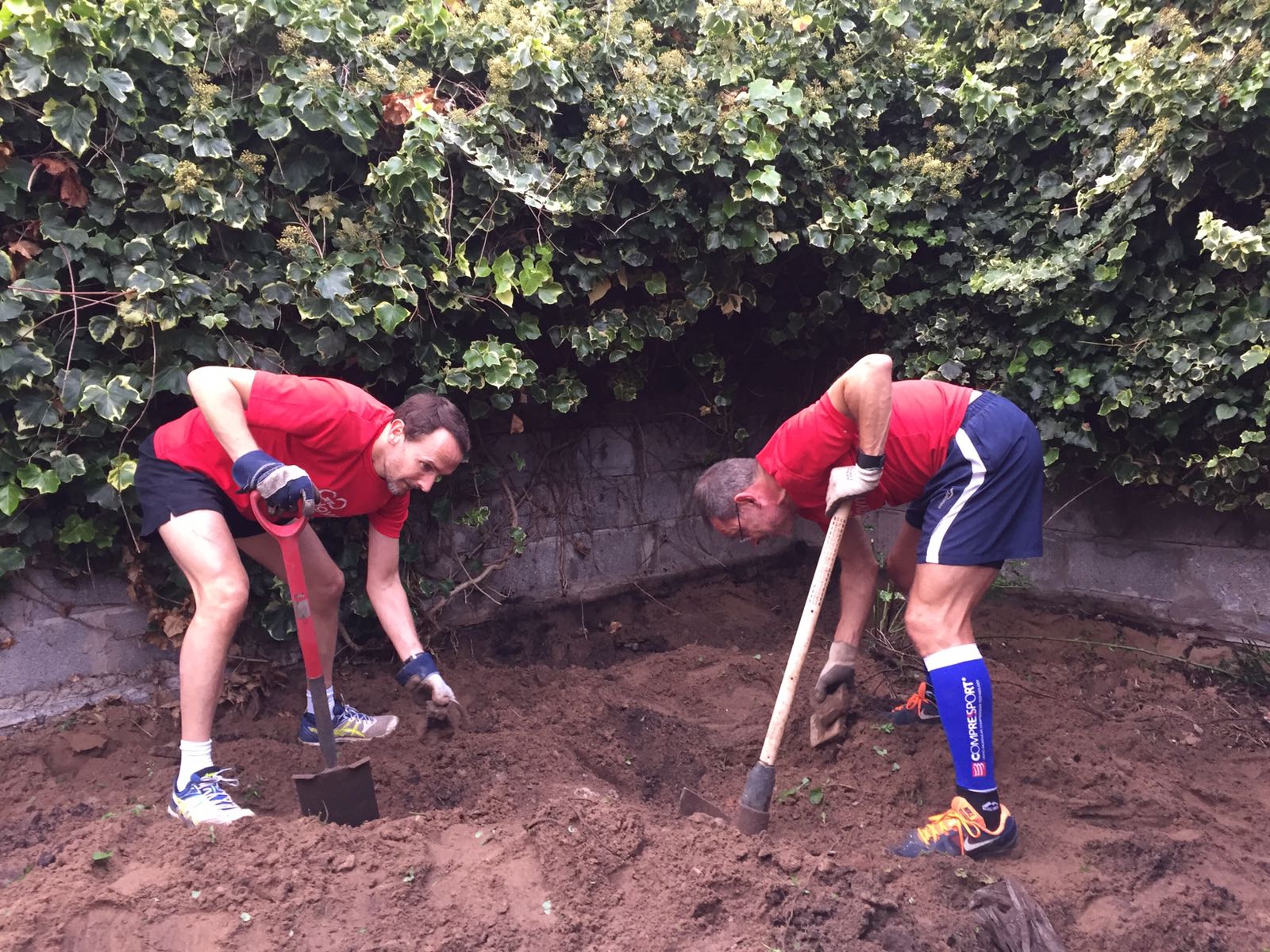 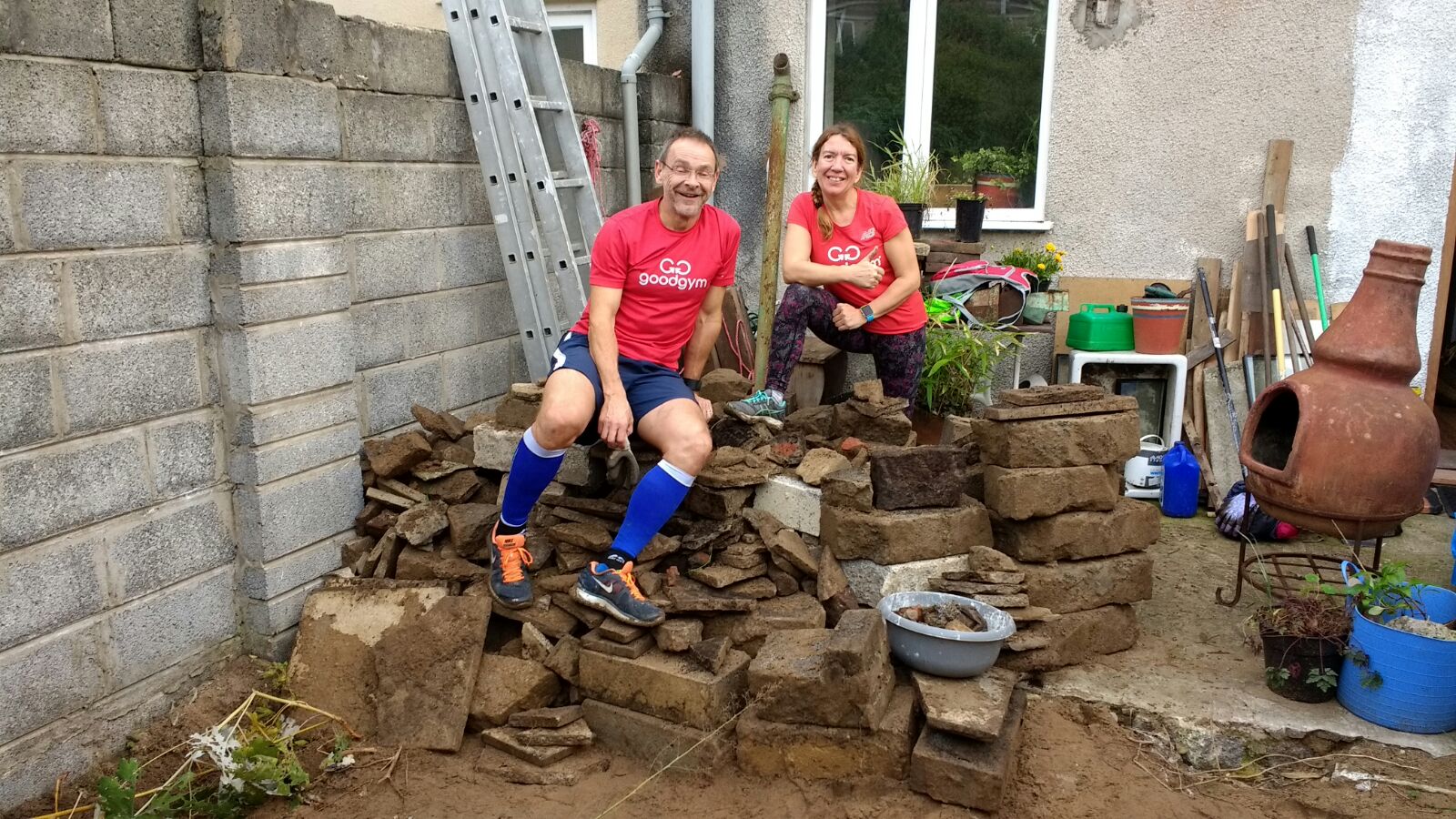 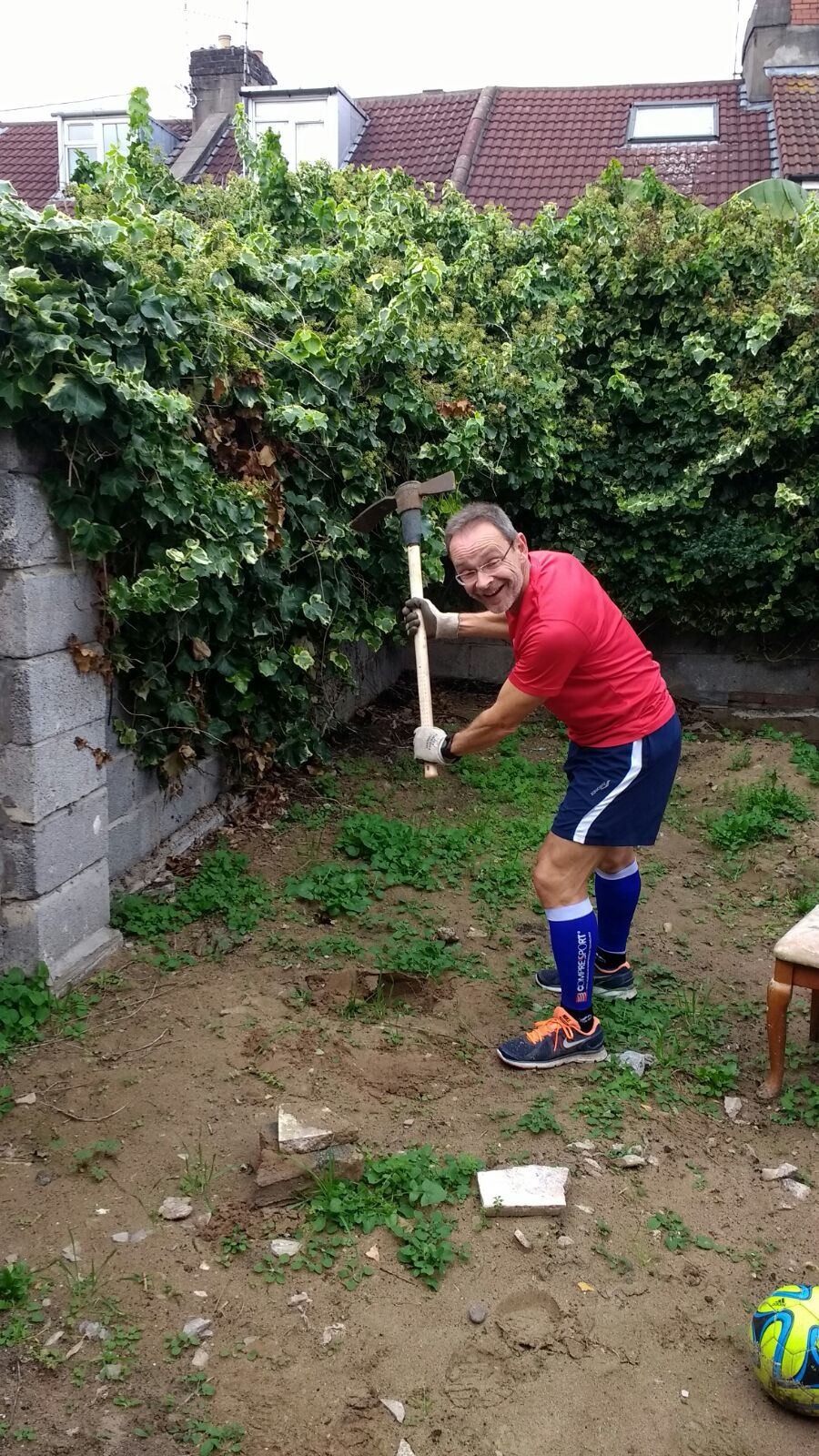 This was Deb's first ever GG mission - and she certainly picked a physical one!

Our fantastic host had tasked us with clearing the rubble from the back garden in order that something greener could take its place. At first glance this appeared to be pretty much akin to a lucky dip with the sandy top layer yielding tantalising glimpses of small pebble and stone prizes that could be easily plucked and transferred to the small pile that already resided next to the house.

But in scenes that became quickly became reminiscent of an archaeological dig, some tentative probing with a pickaxe revealed what appeared to be a long lost city of patio buried a little lower down.

It's worth noting at this point that both Deb and Dave had completed an entire half marathon of park runs, GG group runs and Spooktacular races just the day before. But shrugging off any fatigue they both got straight to work. Dave stopped probing with the pickaxe and started smashing at the ancient remains. Meanwhile Deb was continuing her own excavation of the corner closest to the house retrieving huge chunks of stone and relocating them to the pile.

It was at this point that things got geological for it appeared we had passed the Patio-zoic era and entered the Pre-Brichean era of breezeblock. Still undeterred Dave levered huge rubbly specimens out of the soil and onto the rapidly growing pile.

After two hours we appeared to hit Australian tarmac and at this point decided that a further expedition was required to complete the task. Looking at the accumulated pile we felt we had at least gone some way to (un)paving the way for plants and flowers to enjoy the lovely south facing aspect!

Thanks Paul for a brilliant report and whilst you are very modest you also worked darned hard on this task!

Seriously though, thank you Paul for a brilliant report. Apart from working darn hard on the mission you then very courageously ran 10K back home. Respect for that !!! Cheers to Paul and Dave for their brilliant company on my first mission.

A really great mission! Tough work but we smashed it! Thanks for a great weekend both!

That's serious digging. Well done you three. don't think i've ever seen that amount of stone come out the ground on any goodgym task ever.

Thanks Ivo - we love a challenge down here in GG Bristol! And fantastic to have Deb doing her very first mission :)