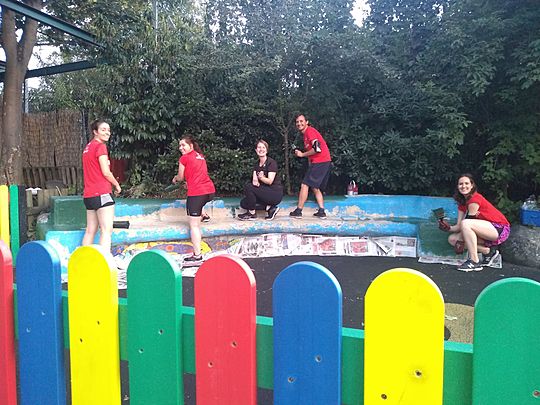 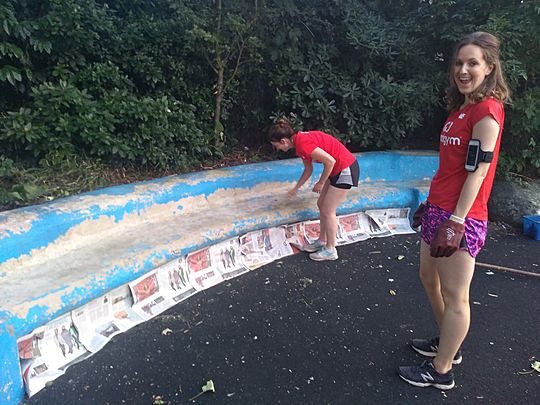 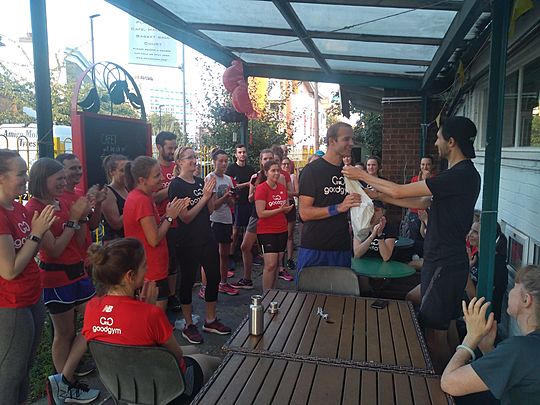 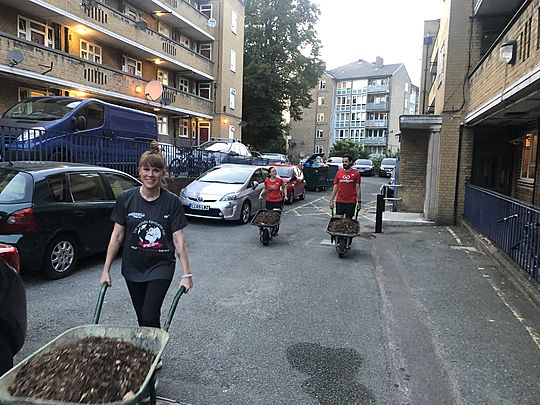 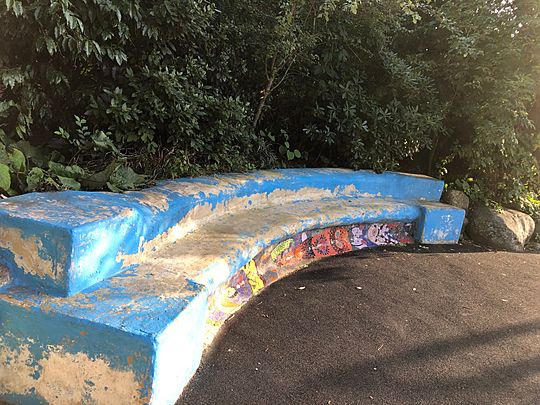 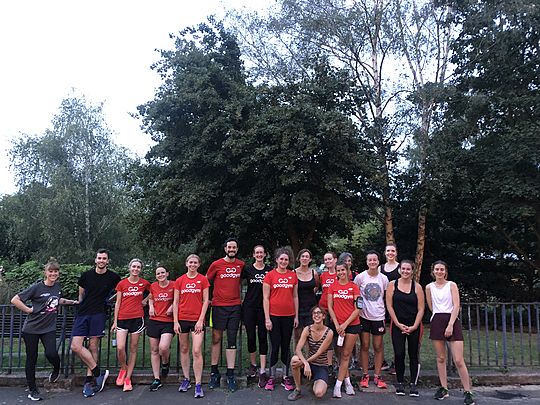 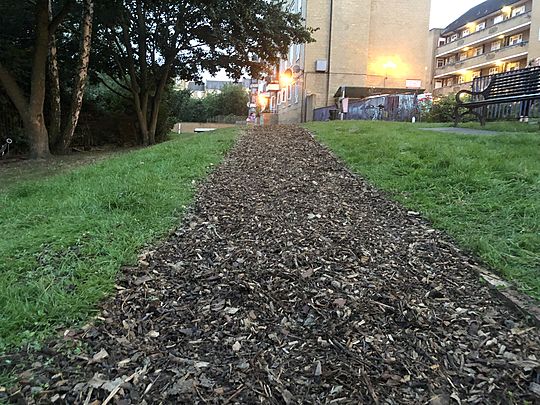 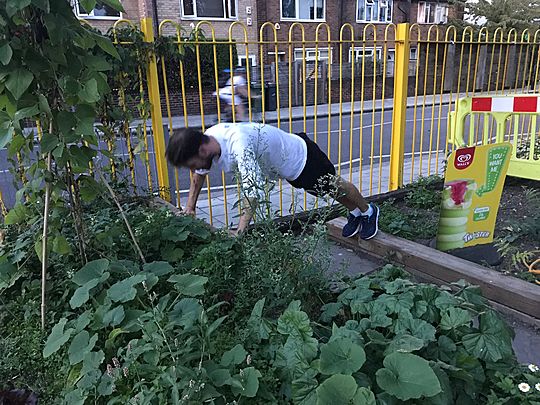 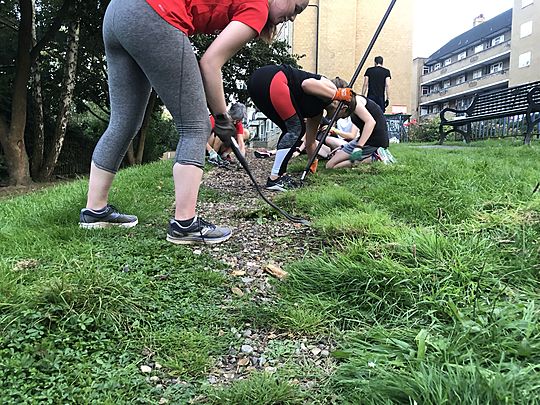 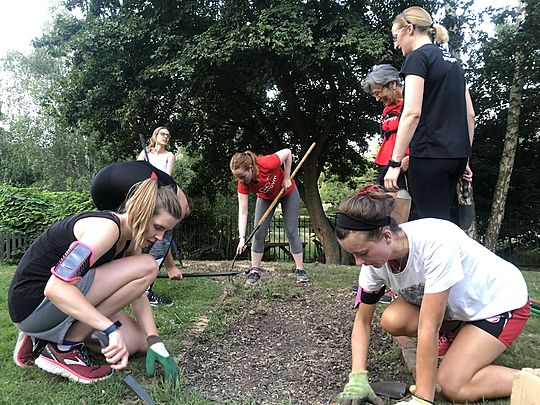 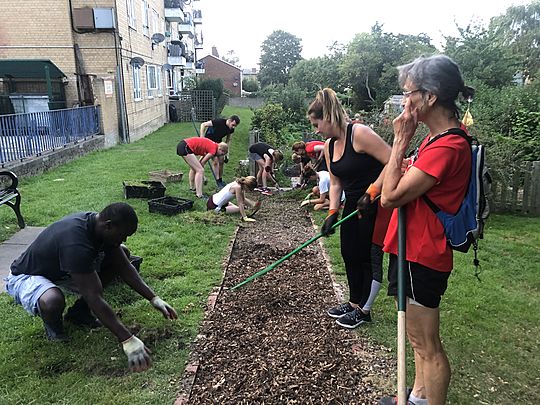 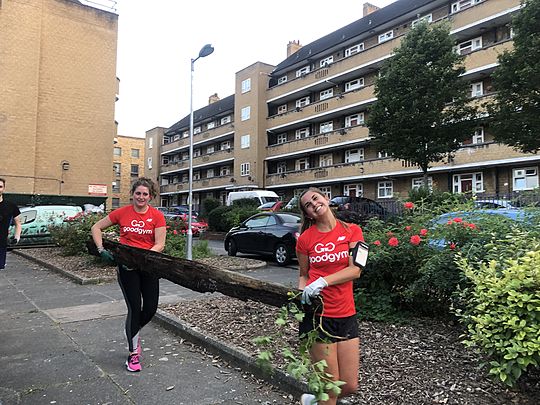 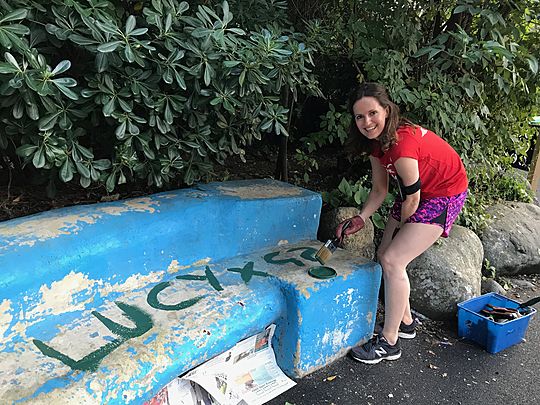 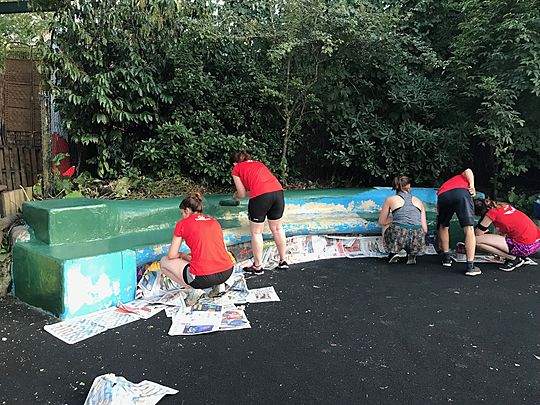 Last night Lambeth got done not one, not two, but THREE TASKS! And all in the heat - woah. 😅

We were 33 strong including superheroes Sophie, Bethany, Lauren and Rachel who joined us for the first time 👏👏 And our SPOTM winner was none other than the fabulous Phil Woodall, who smashed out 50k at the Bath Two Tunnels a couple of weeks ago. He’s also done 82 good deeds and is on a 20 month group run streak! A University of Surrey sports bottle, garlic crusher, blue piggy bank and toy car that we found in a trolley at Myatt’s Field well deserved.

1️⃣ Sticking around at PAPA’s Park to paint the bench and do some weeding.

3️⃣ Flyering for the awesome Brixton People’s Kitchen near Oval

Beth was on paint organising duty with those who didn’t fancy a run - Some ace press ups and tricep dips from Steve though (see pics). Lucy (sadly departing next week - but we’re having a CEILIDH) left her mark on the bench - don’t worry, we covered it up - and Rebecca and Steve got to work on the weeding. In less than an hour the painting was done and the only remaining challenge was to stop the kids in the park from jumping on it…

Most of us ran to the Tulse Hill estate to meet Flora and Orsetta from Urban Growth. Lauren, Steven and Issy were on the barrow run, filling up with mulch and delivering it to the path. Everyone else was split between weeding the path (pre-mulching) and moving some old planter wood & creating structures from canes for netting to go over.

It was all done in no time! We finished with a final stamping of the mulch (lol - see gifs) and headed back to base at a seriously good pace.

And as for Team 3, Nicky gave us this rundown:

10 runners braved the heat to run beyond Oval to deliver some flyers for the Brixton People's Kitchen. We split into three teams and had a list of roads each to cover. After about 20 minutes, with leaflets delivered to a good few flats (and to some people on the street who requested them!), we ran back to Papa's.

And they even did (the) Lambeth Walk!

See you next week for a trip to Kennington Gardens - Sign up here! and also THE FIRST BAKES OF THE LAMBETH SWEET-STAKES. 🧁🥖🥮