9 runners ran to help the Hollybush Estate in Tower Hamlets. 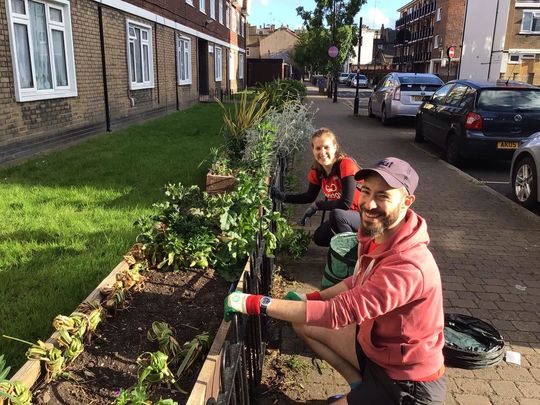 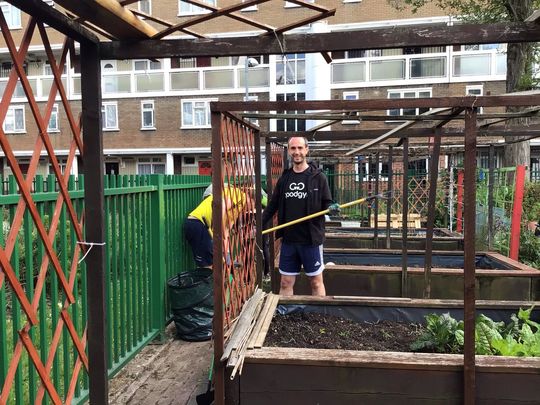 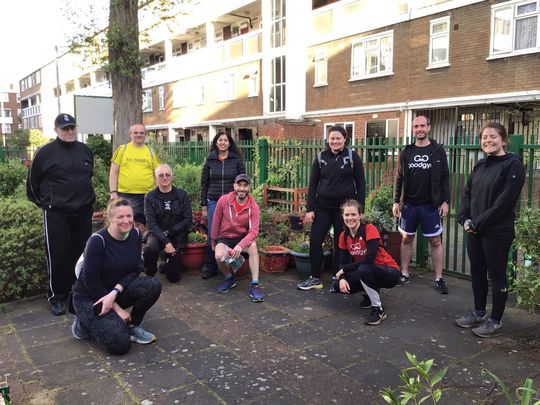 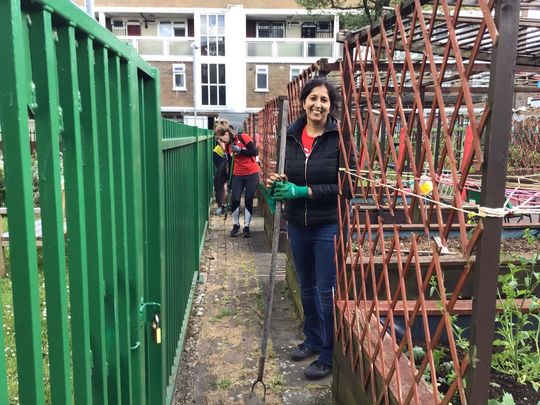 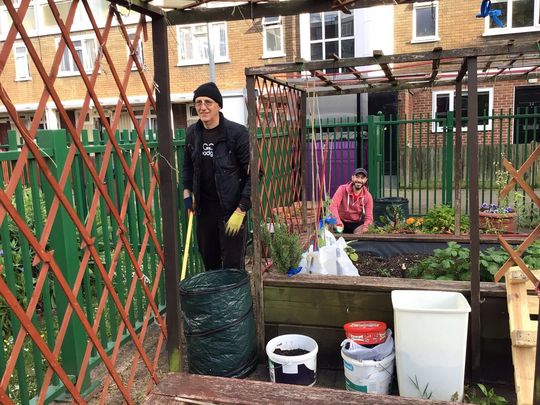 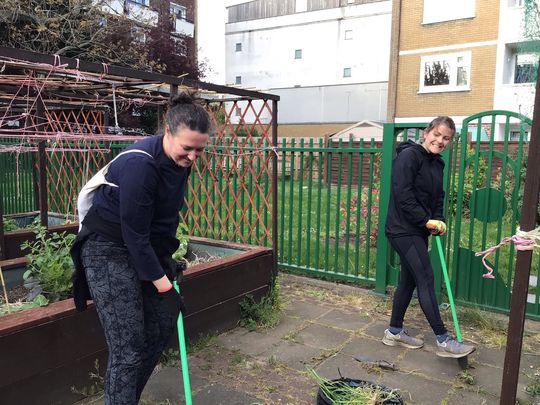 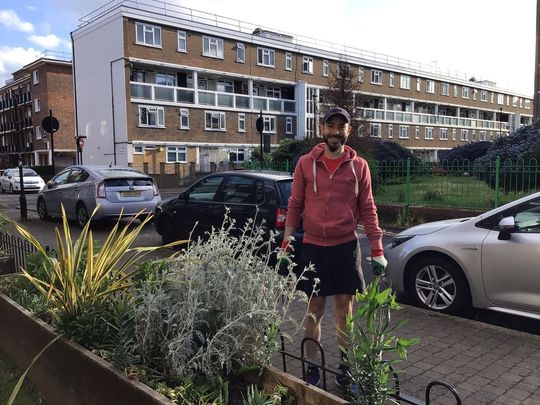 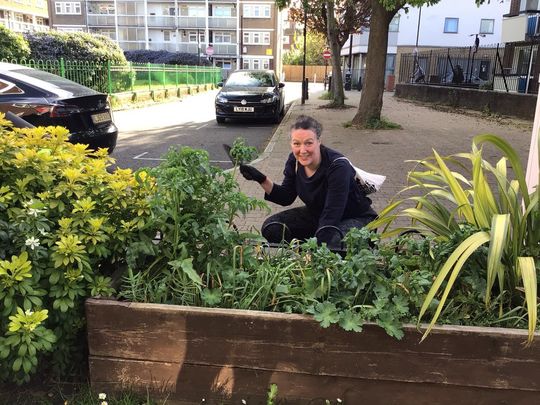 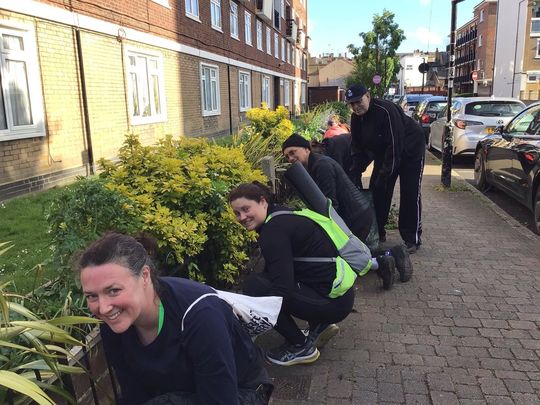 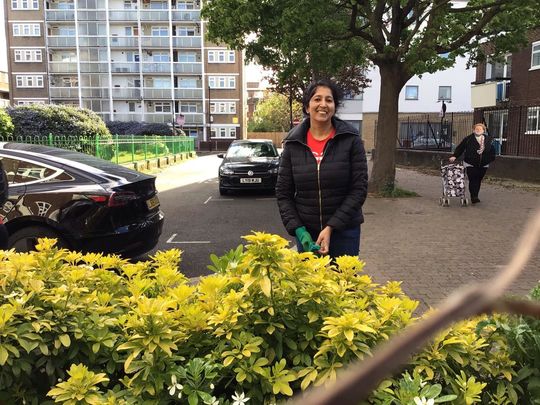 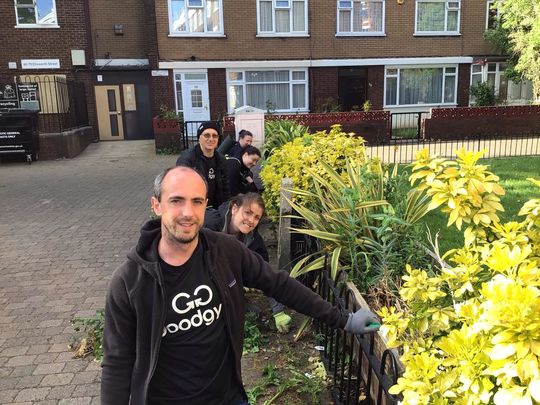 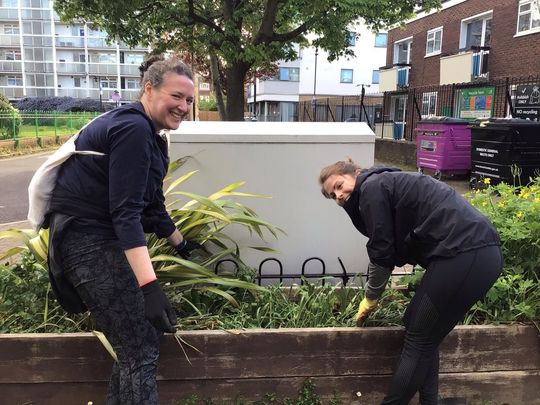 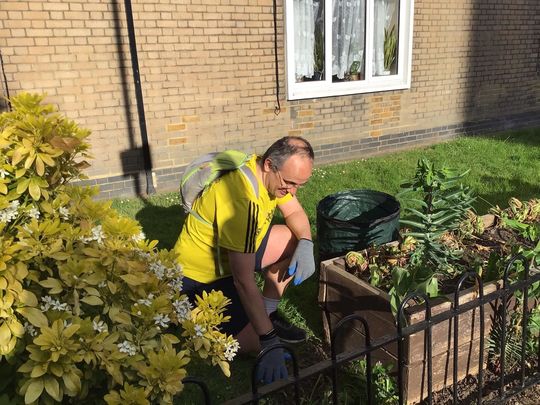 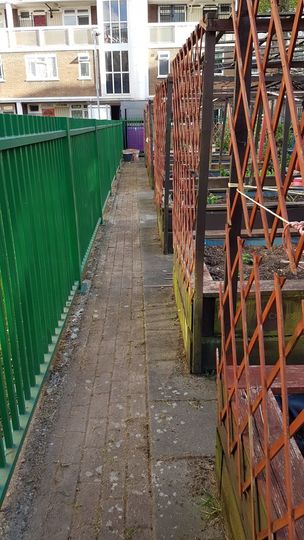 Tonight 9 of us met at the pleasant time of 6pm on a lovely balmy evening on East London at a Tower Hamlet fave location of Hollybush gardens.

It was a tale of two tasks with us initially finishing off a job from a few weeks ago, along one side of the Ellsworth street square, where a couple more planters needed weeding, including tying up daffodils so that they aren't "blind" next year (who would have thought..) and removing some poppies and potatoes.

There was a lot of excited chatter as the team worked hard, with everyone pleased to be reunited with familiar faces and in the fresh air on a delightful Monday evening.

After that was wrapped up, we were back to Rocky Park to blitz what Margaret affectionally terms "The Graveyard" which is in fact a strip of paving between the allotments and the fence. It was beset with weeds which the team tackled with a winning combination of hoes and brooms - just as the clock ticked around to 7pm we had essentially cleared the path, much to Margaret's delight.

After a quick wrap up and customary group photo, we dispersed to enjoy the rest of our evenings with some of the team heading to nearby Meath Garden's for Laura's Sun in a Million workout for yet more GoodGym fun.

Special mention to Leona for her second ever GoodGym task - hope to see you at many more in the near future Leona! 👏

If you have any questions, queries about tonight's session - or if you're new and thinking of joining - just drop our Area Activator Laura a line, at laura@goodgym.org. We'd love to see you at a Monday night session soon!

Amazing report Leo, and well done for leading a brilliant task. I hear loads and loads got done.