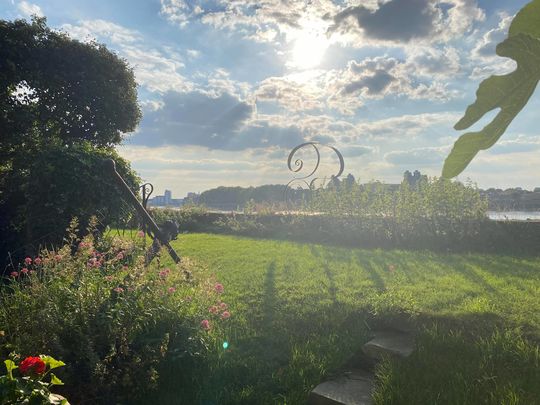 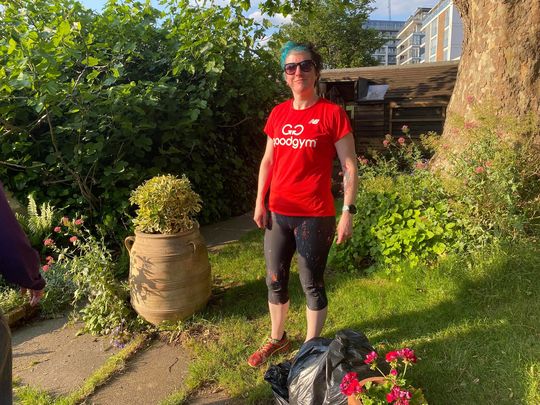 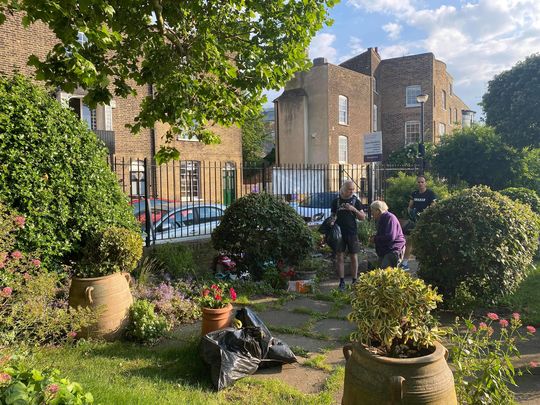 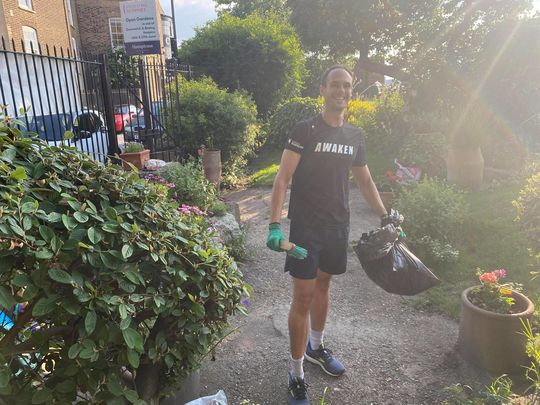 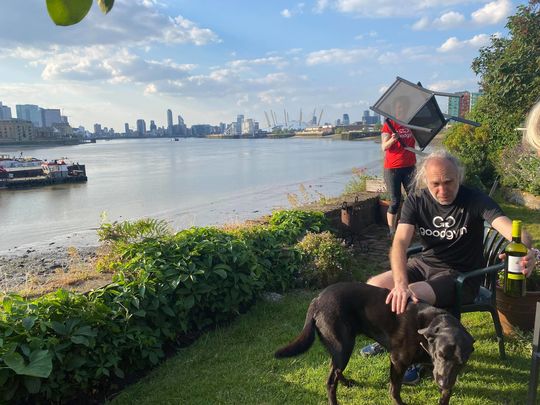 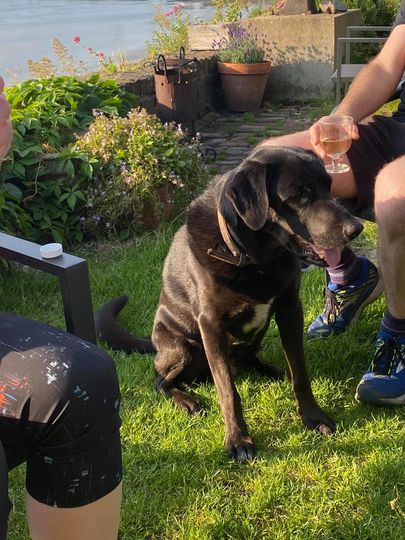 Placed on high riverbank overlooking the Thames and Canary Wharf, the garden was created out of the industrial Union Wharf in the mid 1960s for the personal use of the neighbours of Ballast Quay. Throughout this period, Union Wharf was busy dockland, and the Thames teemed with coasters carrying cargo, and boomed with dockers’ sirens and whirring cranes. As you must imagine, Ballast Quay Garden gifted its residents some vital green tranquillity.

Over the years, the garden has inspired other green delights such as one at St Katherine’s Dock, and another GoodGym favourite, Surrey Docks Farm. And Ballast Quay Garden even had a stint as a tea garden in the mid 1980s which was a firm hit with Thames Path walkers.

These days, the garden is leased and managed by the wonderful Diane, whom GoodGym Greenwich regulars will remember from numerous tasks, and who met Cath, Julian, Sara, and me this evening at Ballast Quay Garden. We were given brooms and brushes and a bin bag each and were tasked (for an important reason, detailed below***) with sweeping and tidying the multitudinous paths that weave in and through the garden. The sun beat down with full summer-pelt and the air was full of laughter and chatter from walkers by. It felt magnificent to be gardening at Ballast Quay on a Wednesday evening in the summer – just like old times, eh?

When the hour was up, Diane arrived at the garden with new instructions: put down your brooms and come up to the terrace; I have wine! And we all duly did as we were told, and spent the next hour swapping conversation and telling stories and jokes – it was gorgeous. A perfect end to this evening’s task.

This evening’s gardening was not general upkeep. It was in preparation for this weekend’s festivities when Ballast Quay Garden will be open to the public from 10am to 6pm on both Saturday and Sunday (26th – 27th June). Tea and fresh cakes will be on sale with the proceeds going to charity. Why not come along if you’ve got a spare moment? You’ll find a green gem with some of Greenwich’s best-kept-secret views. Hopefully, see you there.

Wonderful report as always, Steve - loved the little snippets of history, so much I didn't know! And ending the evening with wine and chat amongst friends is my idea of heaven :)

Thanks guys! A genuinely beautiful task! :)