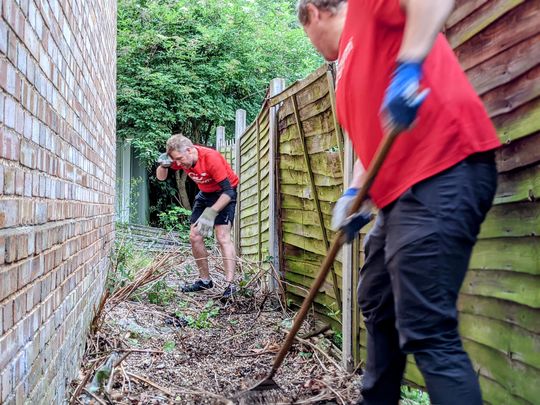 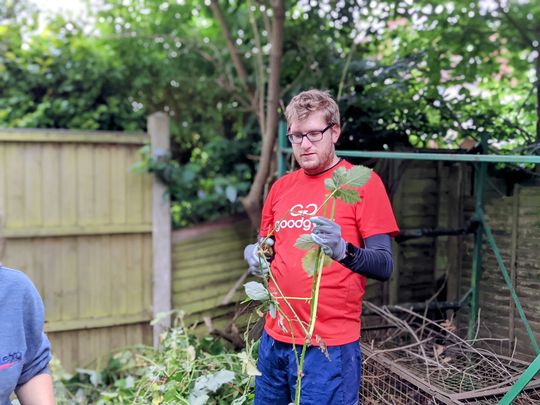 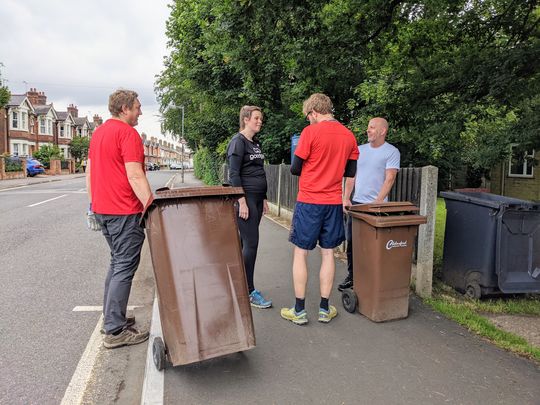 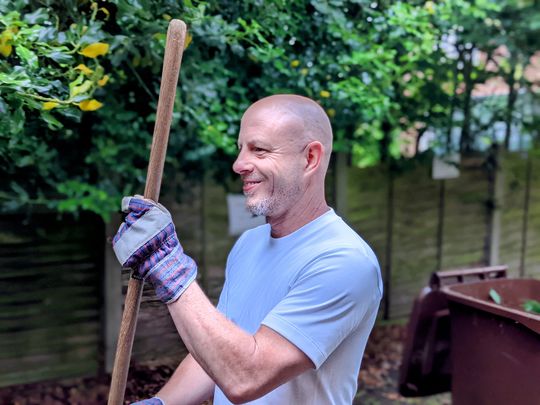 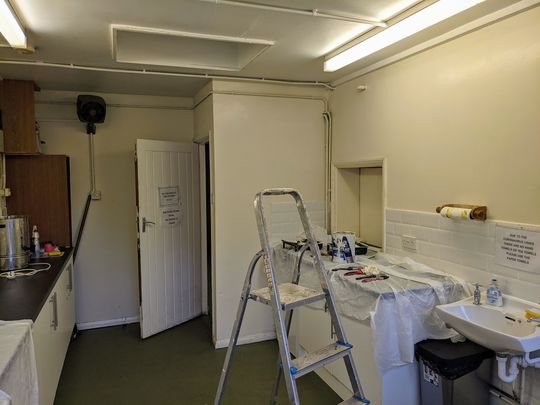 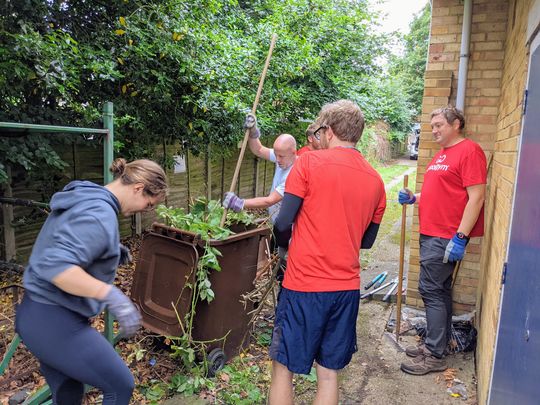 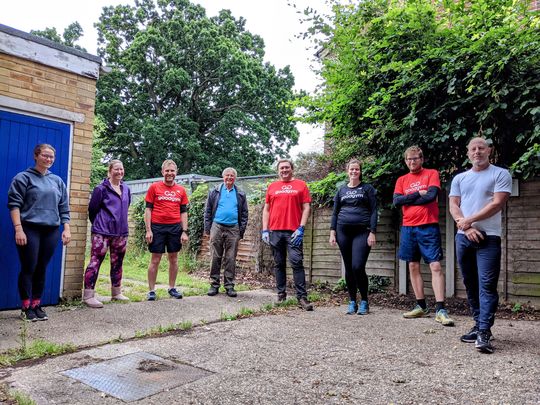 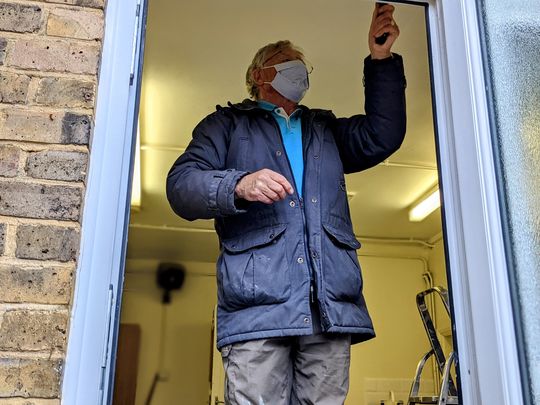 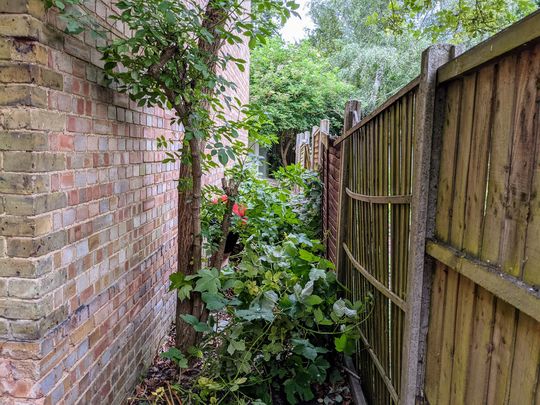 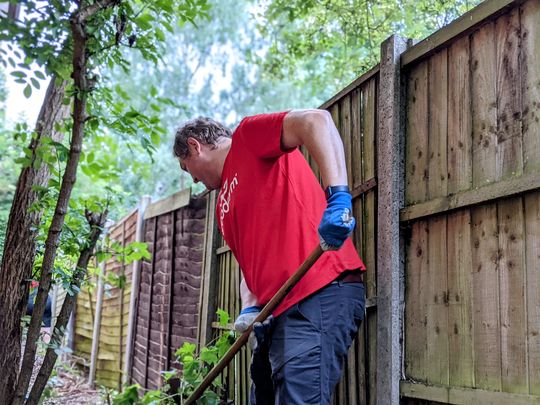 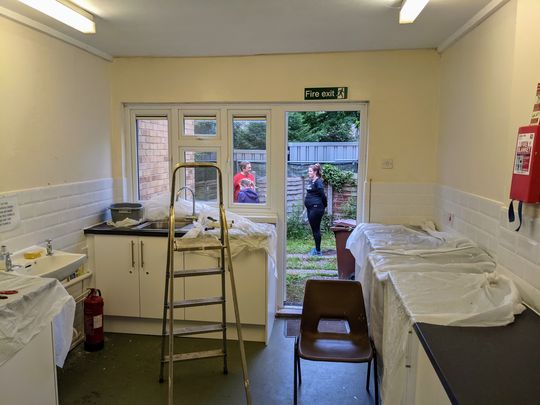 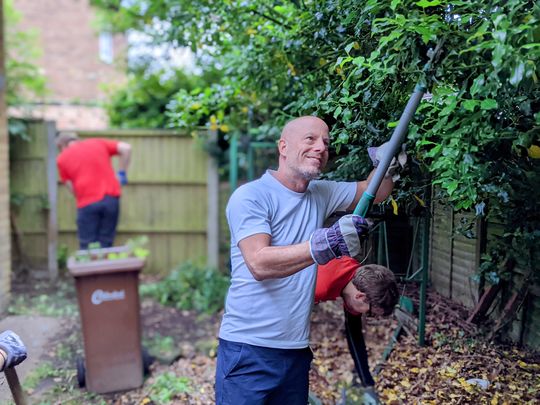 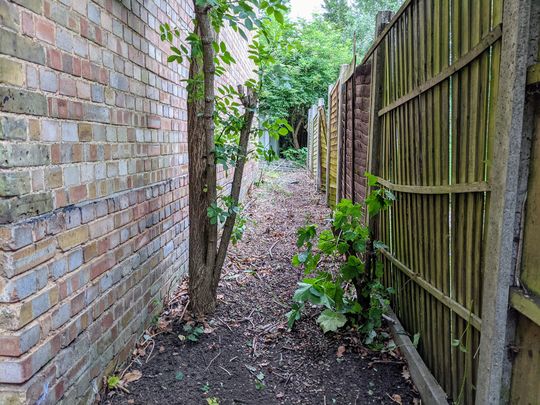 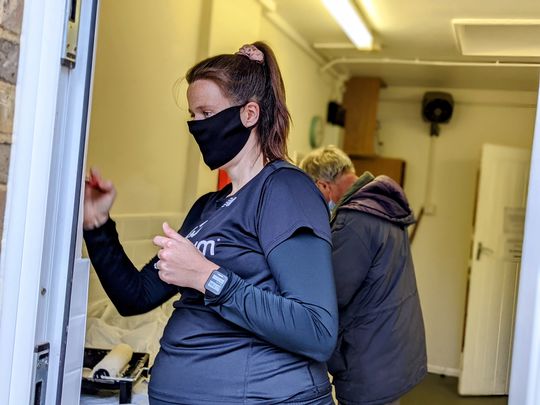 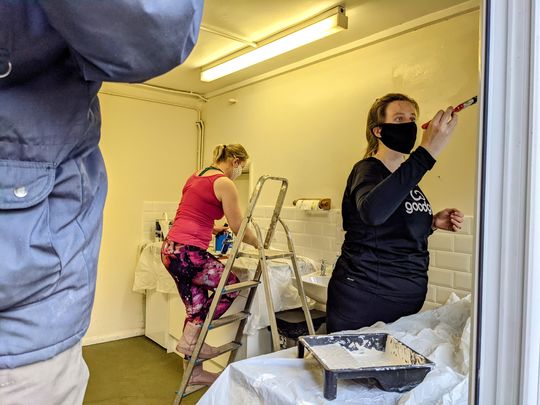 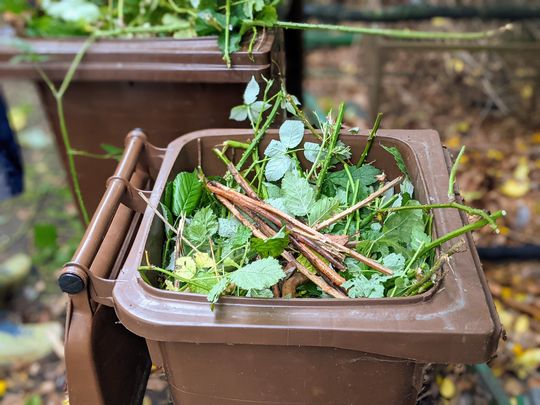 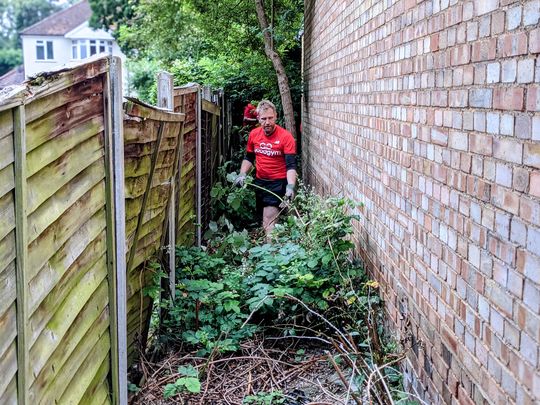 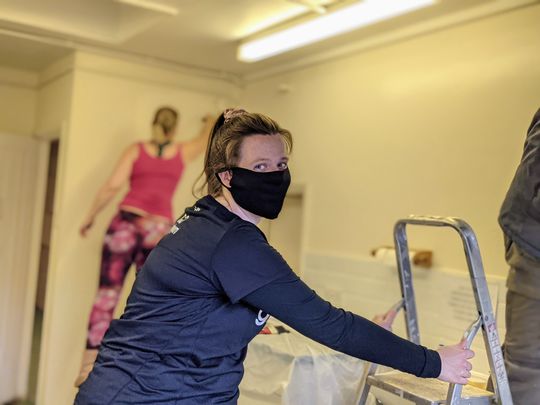 This week we were back at St John Church Hall for the first time this year. We met up just at the entrance where we were given our various tasks by Stephen.

Kirk and Russell D were first tasked with breaking down some rather large fallen branches to get them in to one of the brown bins which took no time at all.

Rachel and Caroline joined Stephen with repainting the kitchen, something which we originally did about two years ago, but it needed a bit of a fresh coat after some new cupboards were recently installed.

Russell D put his body on the line to destroy the brambles behind the hall and pull them out from the roots. Taking a few scrapes to his bare legs, he looked like he’d just done a round of the Barkley Marathons. Toby raked the fallen brambles into the clearing, where Joel, Lucy and Kirk broke them down and put them in the brown bin. There was talk of climbing in the bin to compact all the plant matter, which was doing my anxiety no favours!! Thankfully though, Kirk used this as an opportunity to release some stress and knocked it all down with his rake instead, whew.

Thanking Joel for the pun, it really was a great effort by everyone and we finished the jobs in no time at all. Showing yet more of that wonderful GoodGym spirit, Toby and Kirk even took the brown bins back to the church as we said our goodbyes. Thanks for coming everyone, see you all again soon!!