1 runner ran to help the Naomi House in Portsmouth. 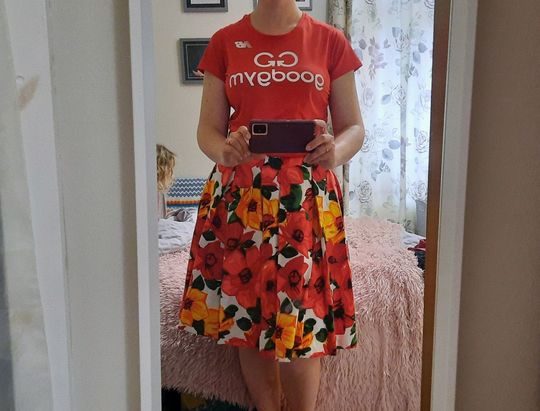 It was just me repping GoodGym at Naomi House this afternoon, but alongside Simon, Steve and their double entendre the two hours of sorting flew by.

I had so much fun I forgot to take any photos - even when Simon was modeling some wrap-around tie-on trousers!

I did snap up a bargain in the £1 Sale with a Miss Sixty skirt, so I've included a photo of that instead. I think the GoodGym top really sets it off!