11 GoodGymers made their way to help the Get Out in Tower Hamlets. 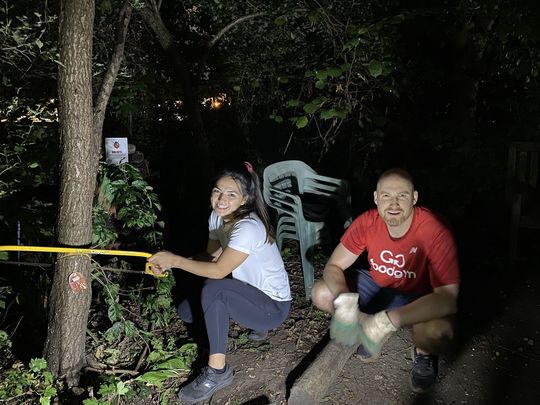 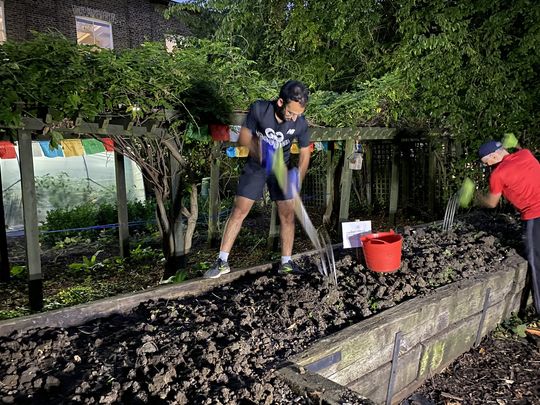 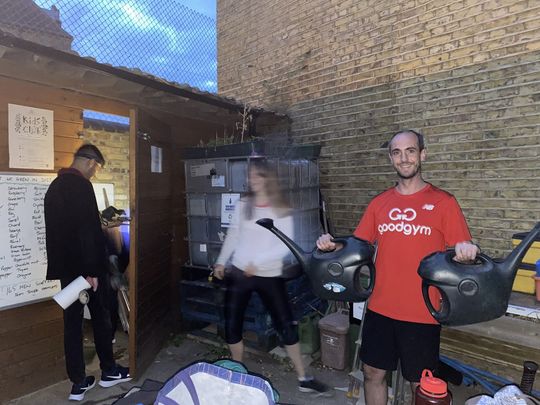 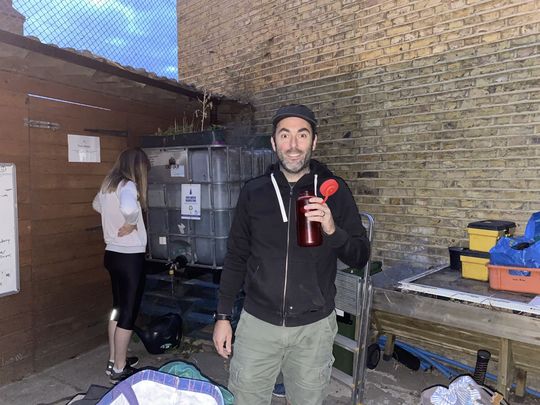 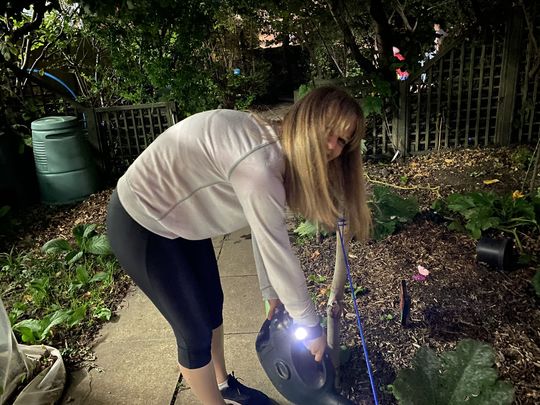 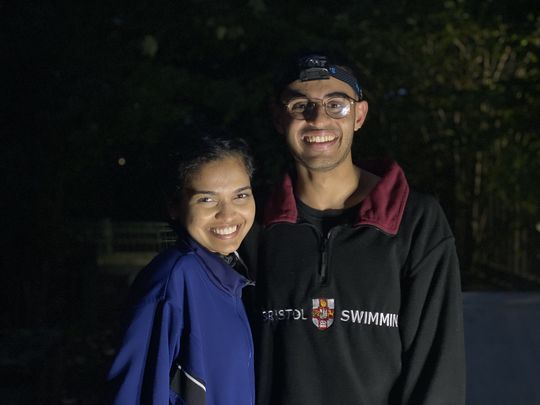 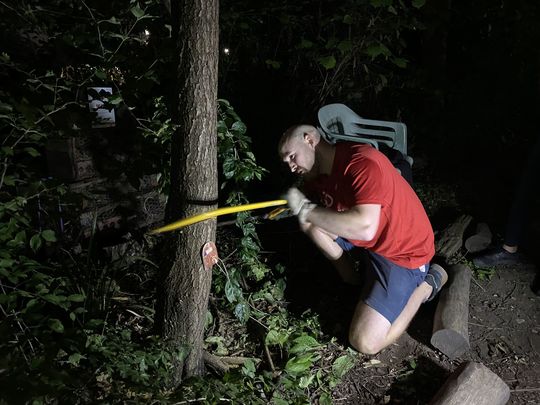 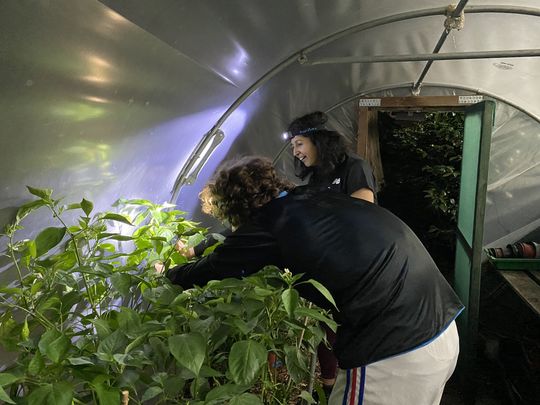 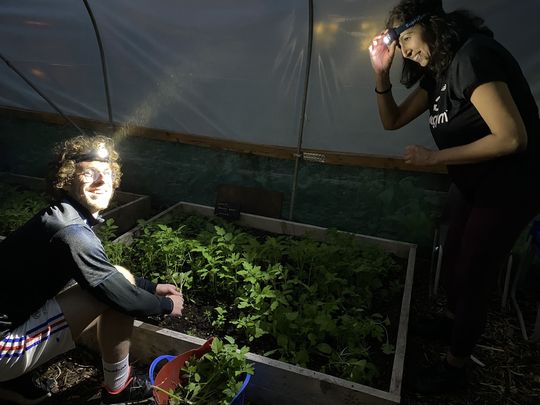 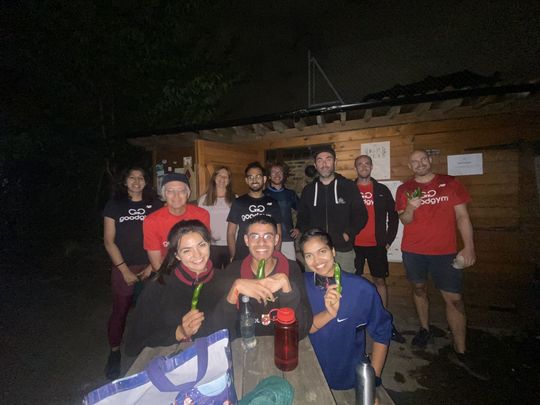 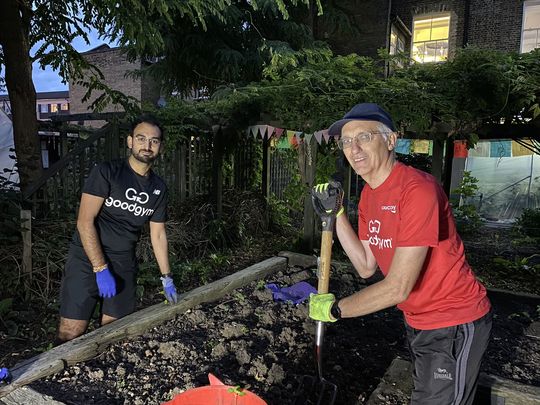 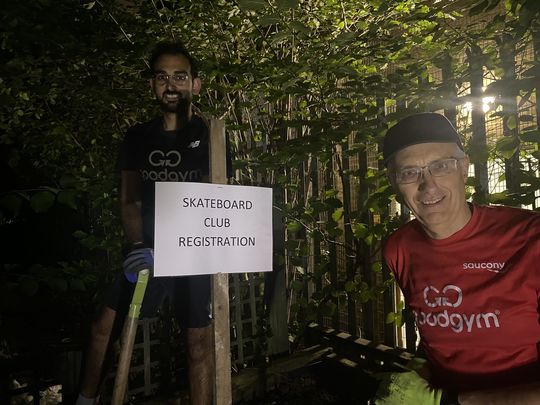 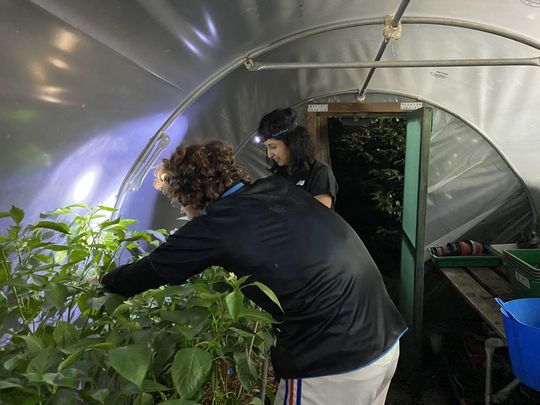 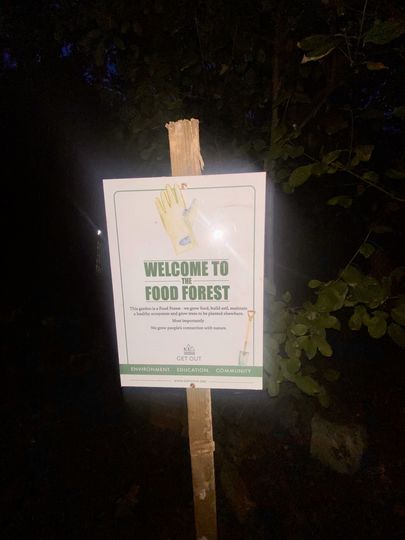 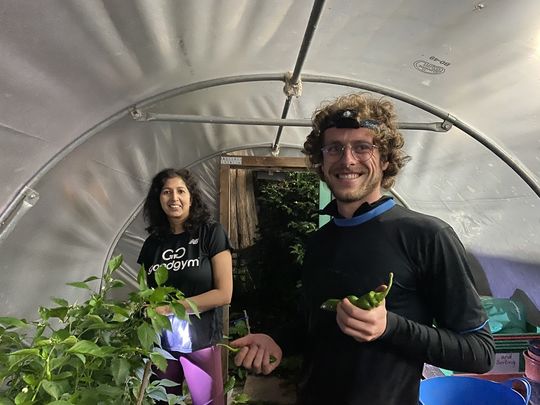 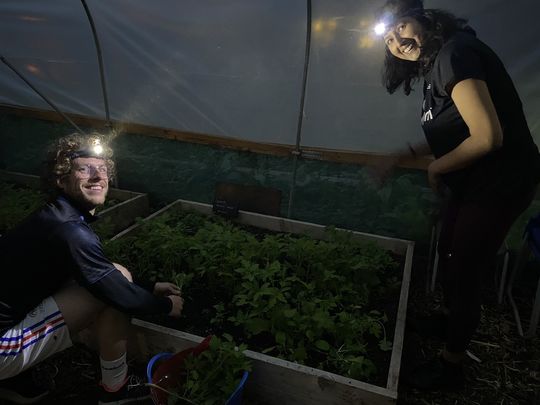 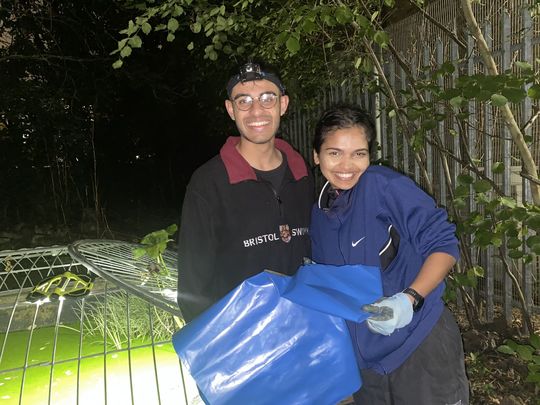 A small group met at the end of Harley Grove this evening for a short warm-up before tonight's task. Balancing on the wall, we performed Bulgarian split squats, tricep dips and incline push ups before we headed into charity GET OUT's Food Forest a little further up the road.

(What is GET OUT?

Charity GET OUT uses ‘environmental education to strengthen the connection between Tower Hamlets' young people and the natural world via a programme of outdoor education, surfing and food growing projects').

One by one, GoodGymers joined us and in no time at all we were a sturdy team of 10.

Kieran, our task owner, spent some time telling members a little about the project and the charity, including its relationship to the local school, the recent open day and all the different types of vegetables and herbs in the garden.

With an amazing list of tasks arranged on his 'phone, Kieran proceeded to divide the team into five teams of two. Tasks were very varied, and task selection before description was obligatory! The teams were soon dispatched to all areas of the garden as follows:

It's been a while since we've enjoyed such a variety of tasks, and it was quite something to wander around the garden and see continual activity: problem-solving at its finest, whether tackling the last stubborn cells of a tree trunk or negotiating tape in a toad-infested pond.

As usual it was all go, and the team stuck loyally to all their tasks. No reinforcements for tree-sawing required; no rotation out of plant watering for something new; the joy expressed from pulling up Padrón peppers...The GoodGymers seemed happy.

And then, of course, it was after 8 and we were posing for a final pic with Kieran by the surprisingly well-stocked tool shed. Another fabulous night. Well done team.