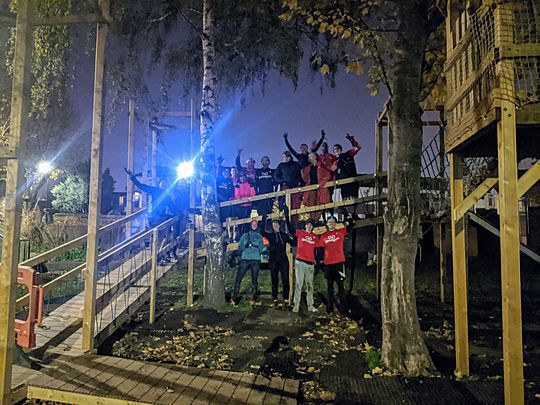 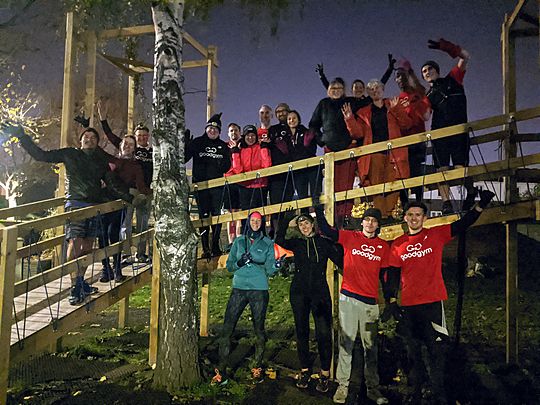 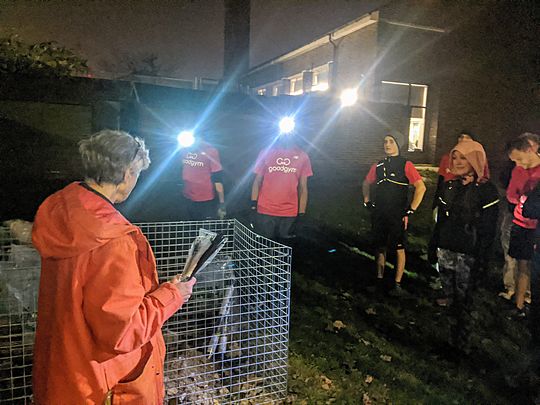 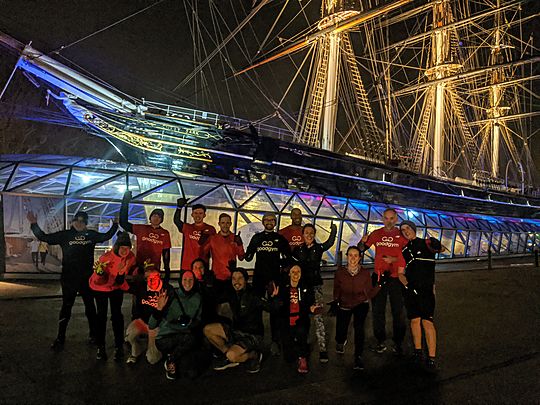 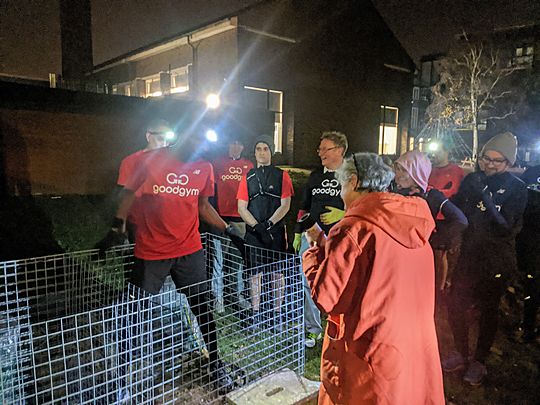 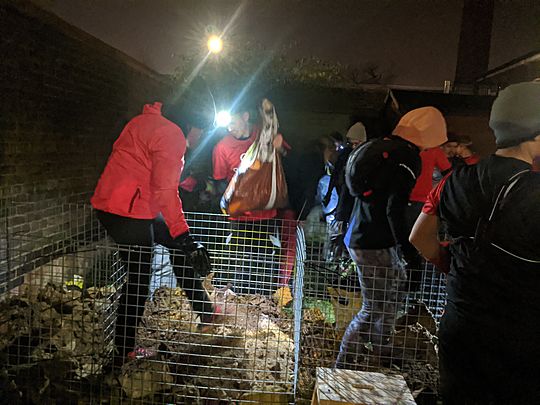 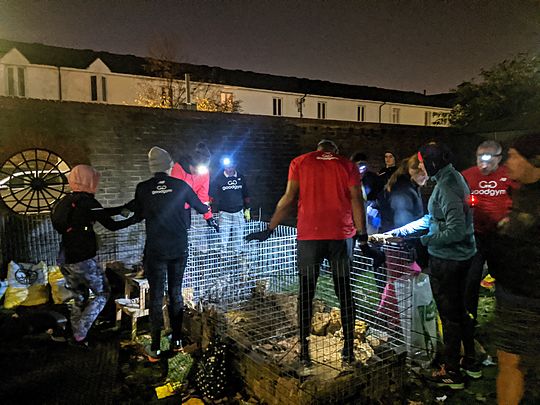 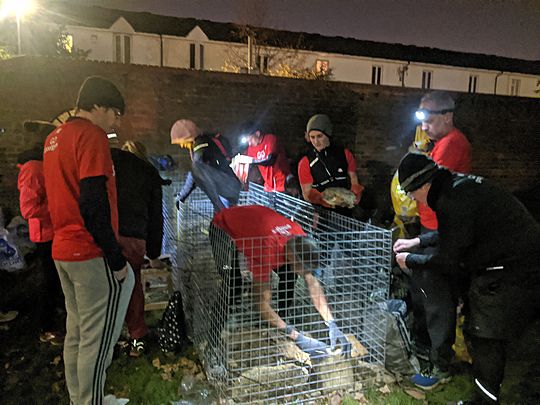 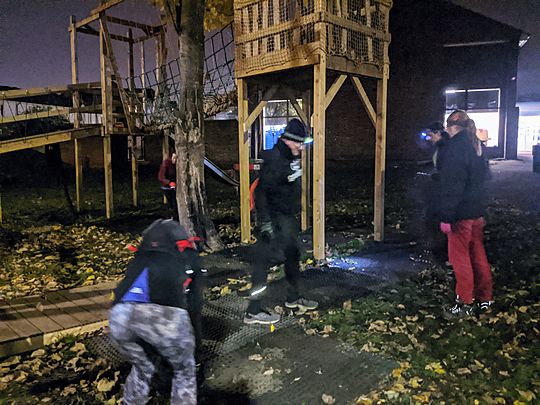 Each Wednesday seems to get colder and colder but the energy and enthusiasm from GoodGym Greenwich never seems to fade!

We also seem to be building up a small French contingent too, although due to their amazing English, JC and Thomas didn't even realise the other person was French despite their accents! Plus Andy having spent lots of time in France is surely a wonderful French speaker! Also fun fact, I am half French but my speaking is TERRIBLE, but I guess this is as good an excuse as any to practice it. Any other French speakers in the group let me know!

We did a few laps to warm up and then set off via the tunnel and arrived at St Lukes ten or so minutes later. Myra was in the distance unloading the car and getting things ready for us. We shined our headtorches her way and she came over to let us in!

I always love coming here to see how the garden has developed because most of which we have helped with on previous tasks in one way or another. Our latest one was putting up the towers for the treehouse which is now complete and looks like so much fun!

Our main task last night however was to fill some gabion walls with rubble and sand and then later down the line they will be topped with soil and have wildflowers growing all over. Myra's visions are always AMAZING so I know it's going to look awesome when it's done!

We had four cages to fill and dozens of bags full of sand and rubble to start filling them with. Each cage needed a person to be inside to help press the rubble against the edges and keep the sand in the centre. After about 15 minutes, all the bags had been emptied and it was looking FAB!!

The last job was to move some old rubber mats to underneath the treehouse to stop kids from sliding on the muddy grass when thrashing around.

We had a quick photo up in the treehouse and then we were done!!

We headed over to Millwall Park for a quick group speed session. The lap is pretty much bang on 800m in length and lit the whole way making it a great place to go for some winter intervals, or wintervals. In last night's case, we did some fartleks, which basically is just a fancy word for running at different speeds for varying lengths of time. You can do this yourself when you're next out on a run too by just saying to yourself ok I'm going to run fast to the bench or jog for 5 minutes and then run fast for 2 minutes or run at a medium/steady pace until I next see a dog.. you can have fun with it and it can spice up a boring training run any day of the week!

After two continuous laps we ran back to the uni for a stretch :)

Two wonderful community missions coming up prepping food, cooking and serving to the public! One of which is tomorrow so sign up asap if you can make that! Info is here:

Sign up to the next couple of group runs here too! Let's keep these numbers up through the winter!

Helping out at Christchurch School next Wednesday and Flyering for the Made In Greenwich Shop the following week!

We will be at Southwark Parkrun this Saturday 9am for Ben Cooper's 50th Parkrun so hopefully you can join us for a free timed 5k! You can walk, run, jog, volunteer, it's up to you!

Great work last night as always guys and girls! As I mentioned I won't be here for the next two weeks but there will be two wonderful run leaders covering so please be as helpful as you can! Especially for the second week as I don't think Nicky has been to a Greenwich run before so look after her and I'll see you on December 11th!