PARK Side of the Moon 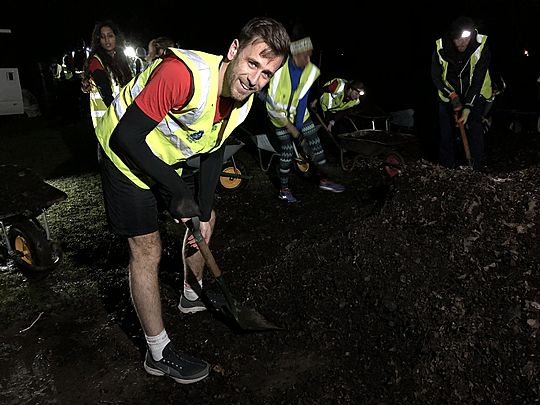 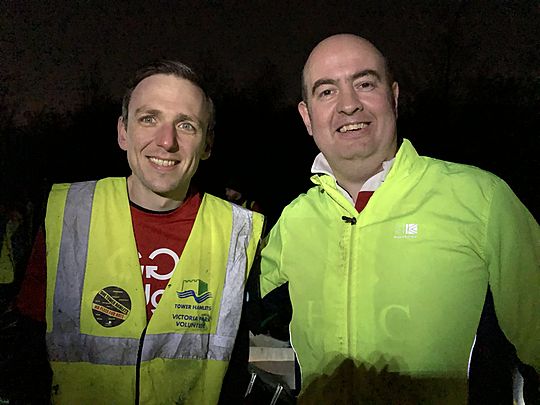 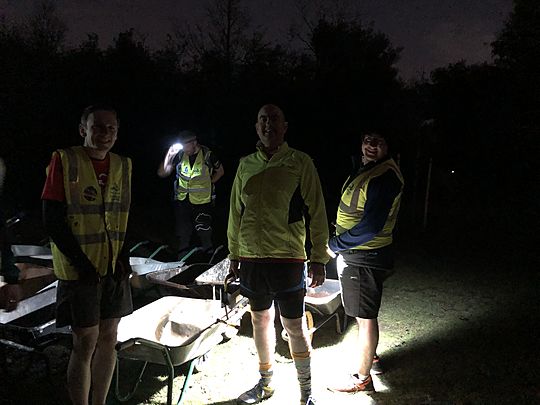 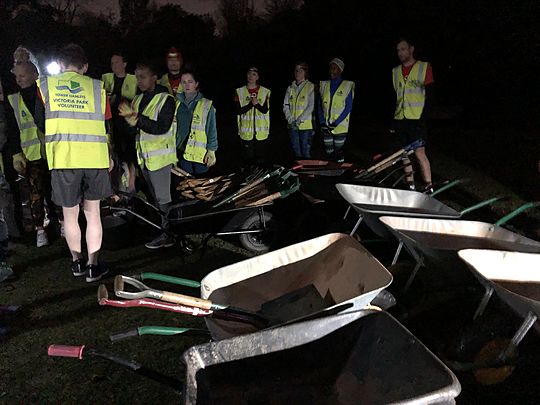 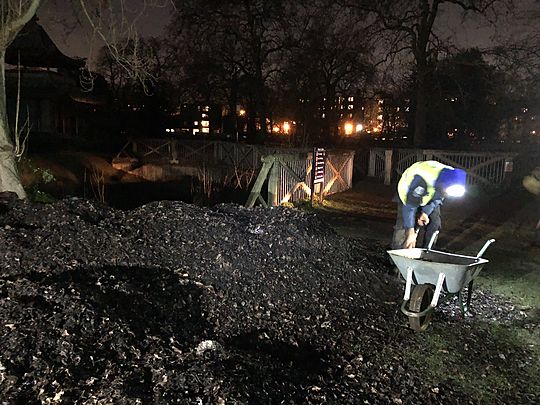 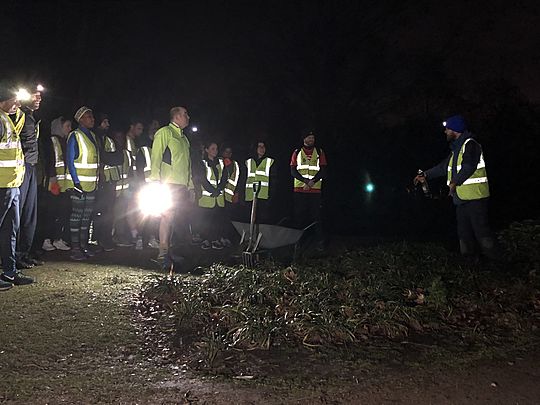 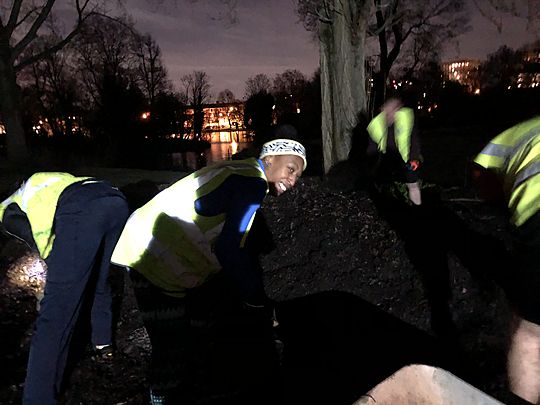 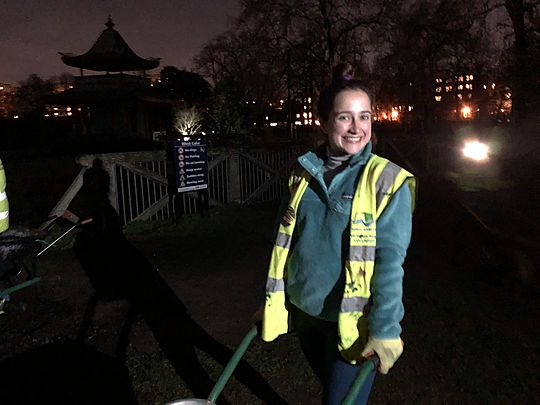 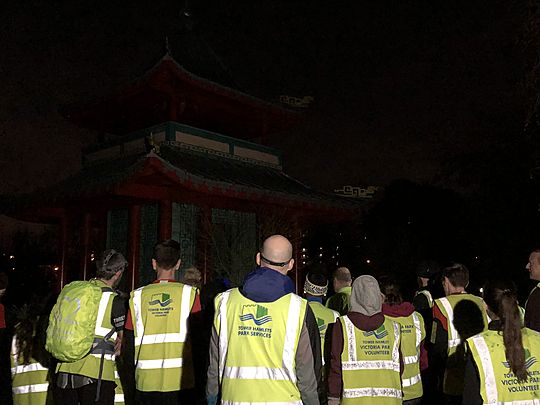 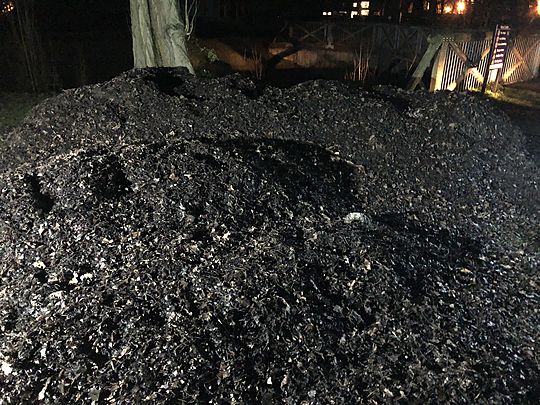 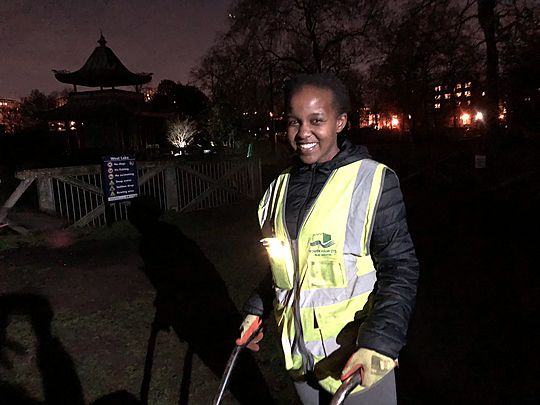 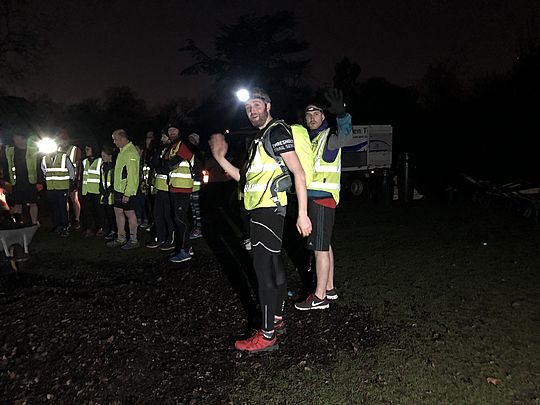 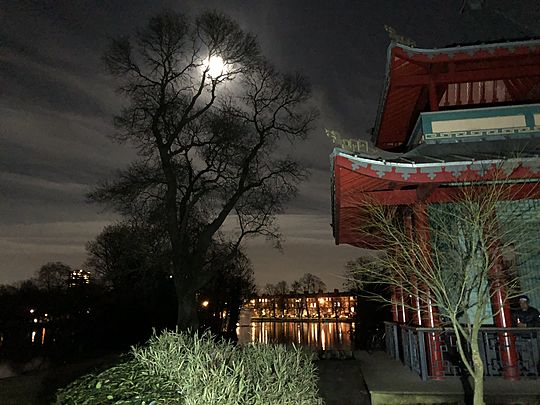 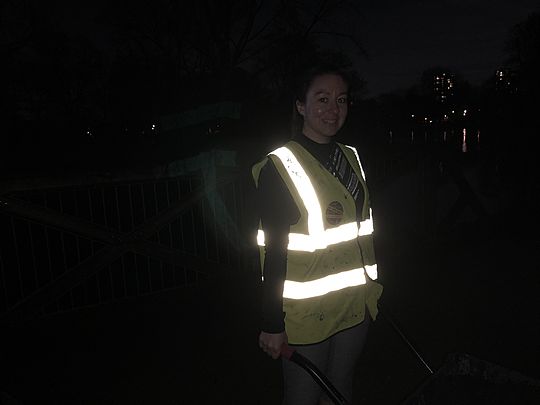 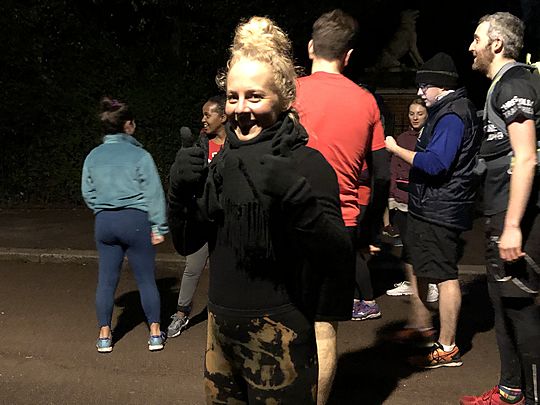 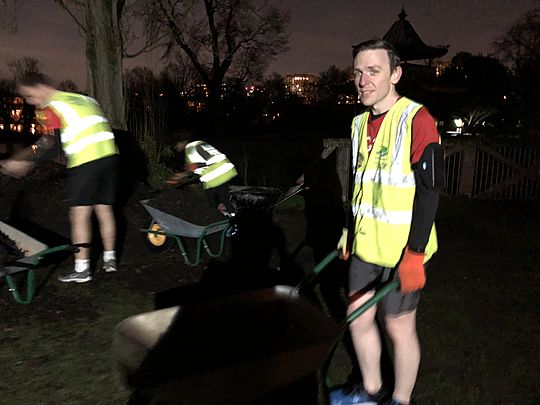 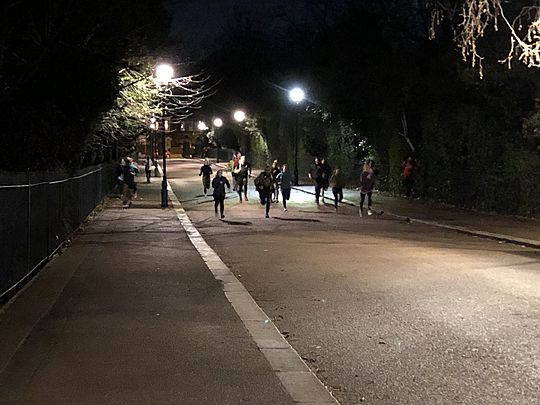 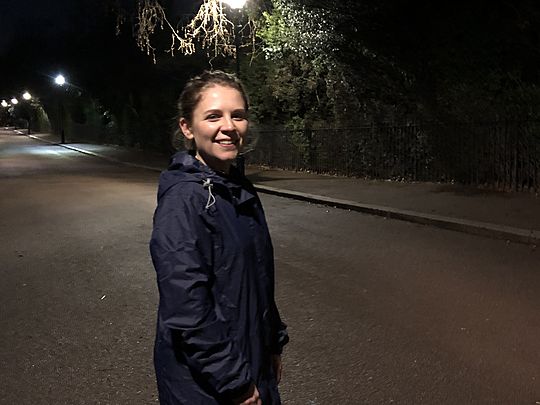 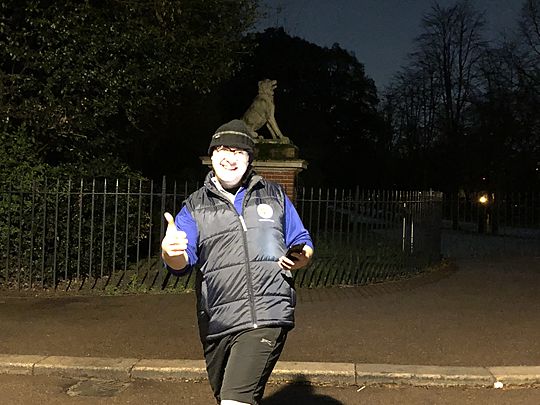 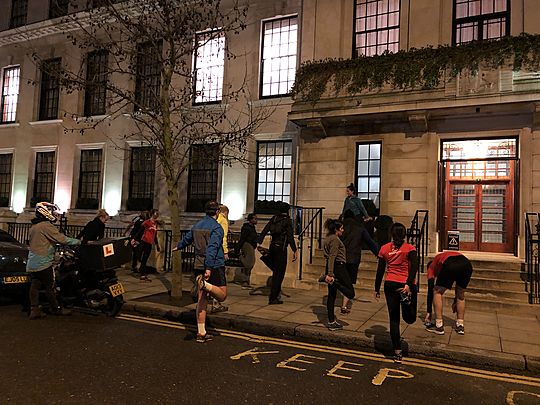 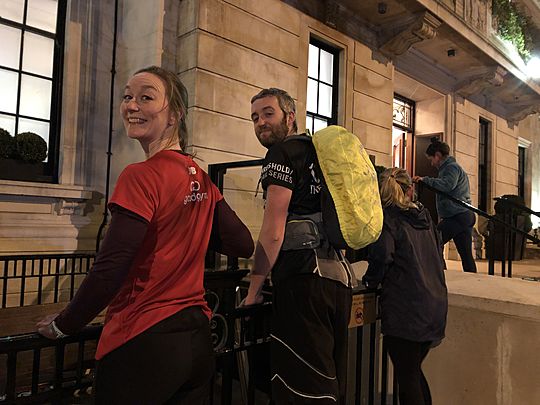 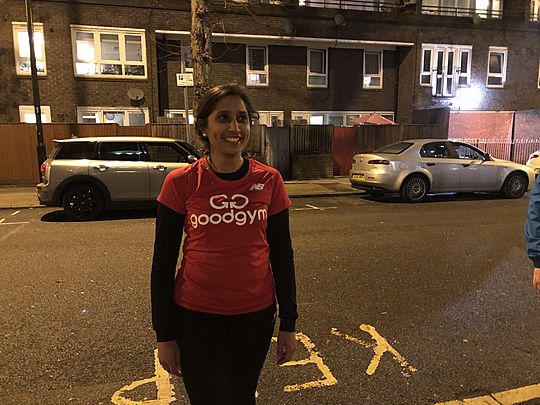 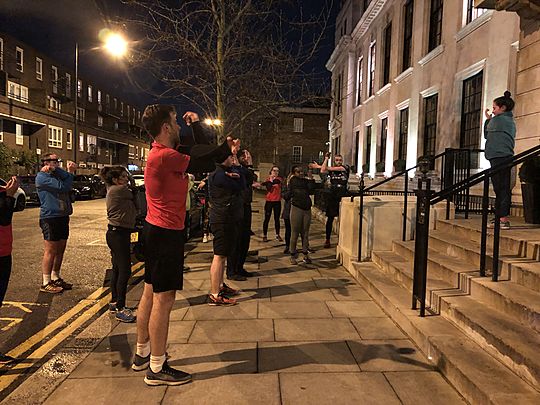 27 runners shifted 200kg of mulch a minute this evening, in our very own Vicky Park.

You'd think it was a straightforward task, shifting 20 tonnes of mulch on a February evening in a locked park (or would you, actually, when you put it like that?) but no, much planning was involved in this evening's operation...

Tom , our brilliant task owner, and Head Gardener at the one and only glorious Victoria Park, was well prepared, dividing us into two groups on Monday afternoon, hours before the task, so come 7pm, 26 runners were able to quickly form two teams, knowing exactly what was what.

No sooner had we arrived at the beautiful Bonner Gate than Tom was ushering us into the park,locking the gates behind us , before cheerfully informing us that the mulch had now doubled in weight thanks to the earlier rain. We listened to our health and safety briefing under tonight's full moon, watching the sky do magical things before our very eyes, as we made our way into the huge, dark park...

And so our second bit of running for the night took place, following Tom's truck to the Pagoda area where the runners dispersed into teams: one team shovelling mulch into wheelbarrows, then wheeling and spreading it around the Pagoda garden, with the other team also wheeling, and spreading and digging too, in faraway play areas of the park.

It was quite the operation, with all runners kitted out in hi-vis jackets; floodlights strategically positioned around the mulch, and Yours Truly getting her first experience of a walkie-talkie, "Press to talk, release to listen. Got it (I feel like Jason Bourne)."

Too mulch of a good thing

Usual GoodGymer productivity took over and I was having to prise forks and bins away from the runners by 8.15pm, and we made our way back to the truck to pack up and say our cheerios. Tom cheerfully informed us that, of the 20 tonnes of mulch, the runners, in under an hour, had shifted and spread around half of the 20 tonnes - so, 10 tonnes of mulch. That's around 200kg a minute. Way. To. Go.

And so with a beautiful traffic-free stretch of the park still open, task force member Dave led a brilliant little speed session with Tom, with runners expending every last bit of energy in 30 second sprints. Unbelievable.

And despite running just a few minutes late tonight, we couldn't call it a wrap without cooling down with a stretch, and, as luck would have it, tonight we were lucky enough to be joined by Christina, our yoga teacher runner! Christina agreed to lead our stretching back at base, much to the runners' delight. What an evening. What energy. What a delight for all involved.

So, first off, a big warm welcome to our first time runners, Charlotte, Steve, Nick and Anastasia - what a task for you to have joined. Thank you for wheeling, shovelling and running so hard, and for making such a huge effort all round on your first run.

Thanks to Tom, for, in the absence of a whistle, having the best holler a runner could ask for, and co-leading our fitness session. Thanks to Dave, for planning, inventing and leading our speedwork, and to Becky G for back marking, and again to Becky and Dave, our task force members on the ground tonight, who really do help to run your night so it goes pretty seamlessly (Task Force are involved with all sorts of behind-the-scenes decision making and support, in advance of the run, which allows trainer and task owners to focus on other stuff).

And thank you to Christina, for our lovely flexibility session, for planning and leading at the very last minute!

And tonight, a big thank you to you all: for that energy we all commented on, for finding a locked, dark park bizarrely fun; for being game for anything, for being fearless, and hardworking, and for making such a huge difference to a small team at your local park. You are all amazing, you know.

Moving on to next week

Next week, we’re so excited to be joining the first day of Tower Hamlets’ #BigCleanUp – you can check out the event listing and sign up here.

…And next Sunday, 3rd March, we’re heading to The Coborn on Sunday evening for some pub quiz-ing with our friends at Mile End parkrun. Details of that are here.

Until then, have a glorious week.

Thanks for the support Dharmesh! Hope to see you in TH very soon.