On the first day of December, Swindon GoodGym gave to me... 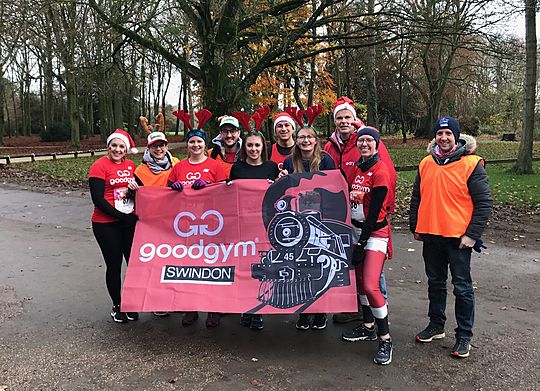 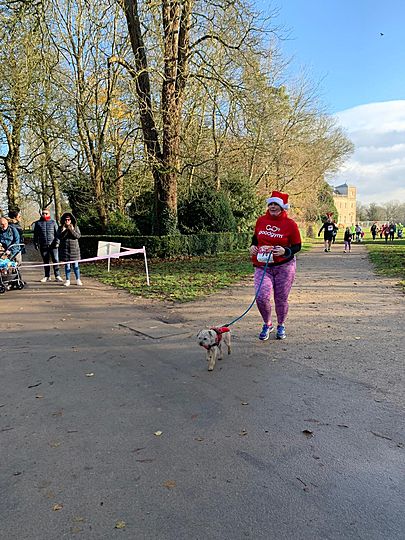 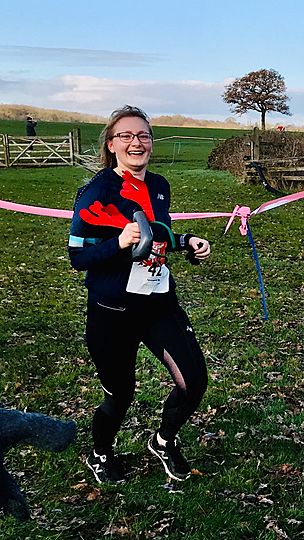 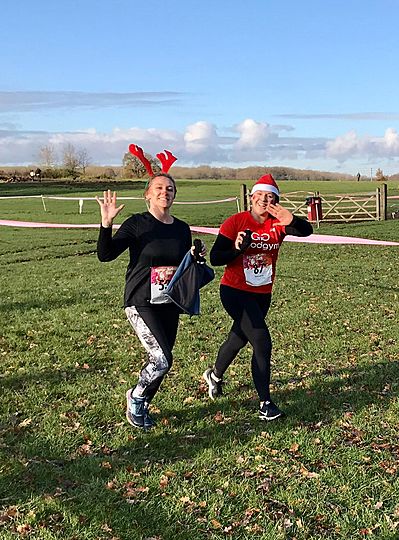 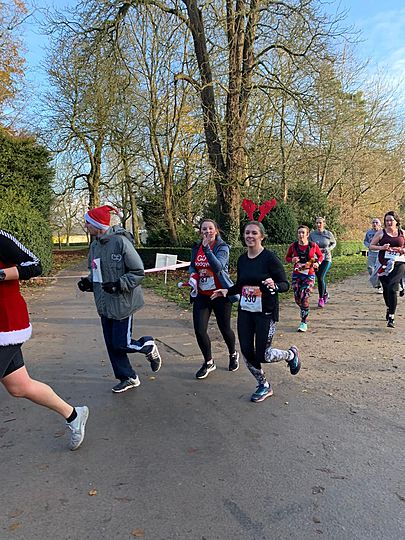 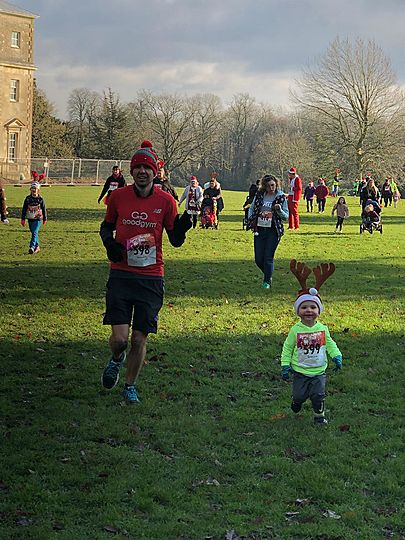 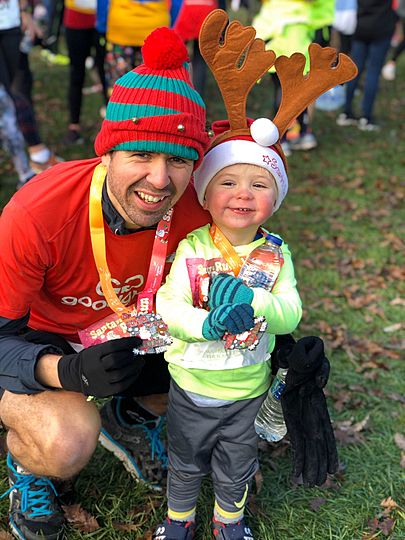 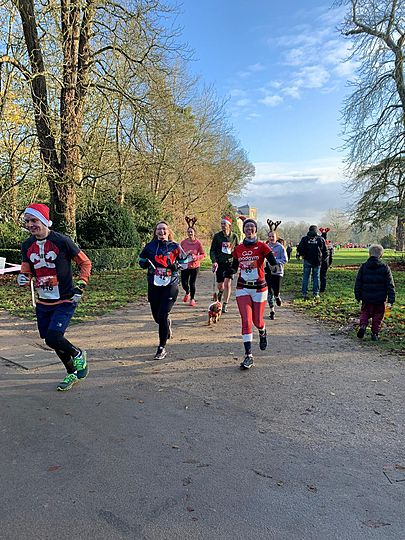 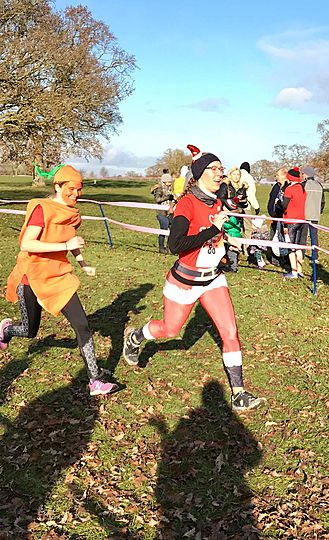 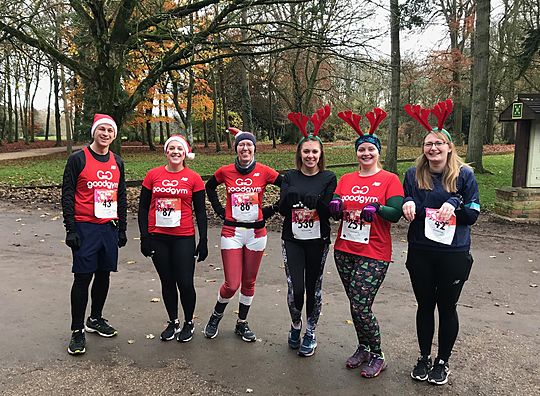 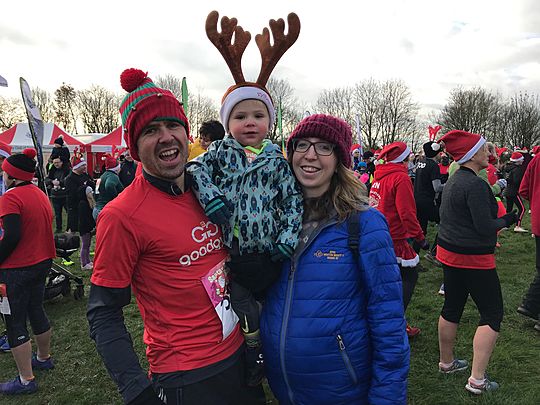 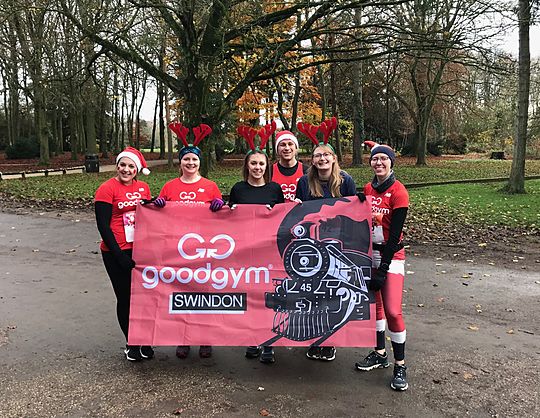 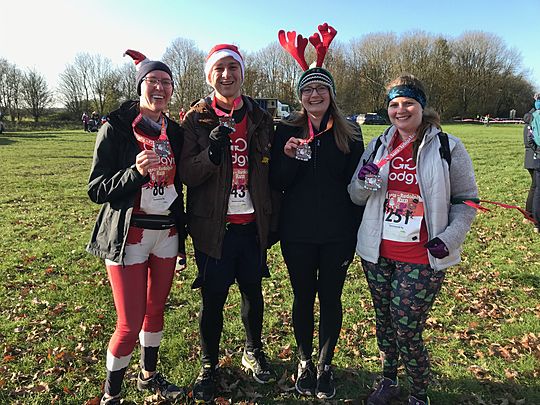 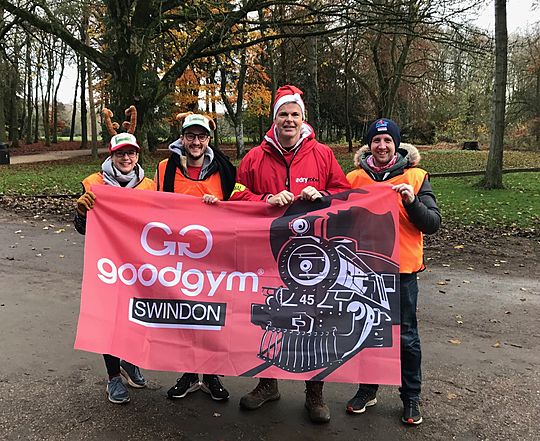 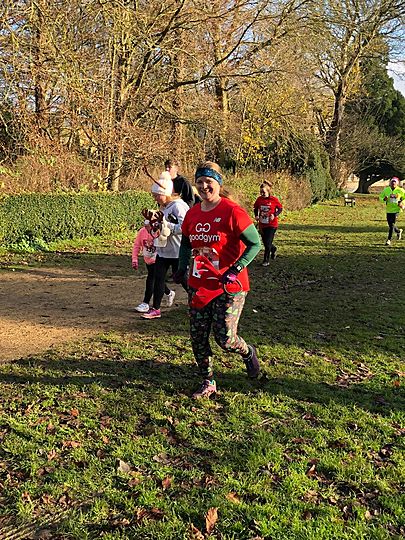 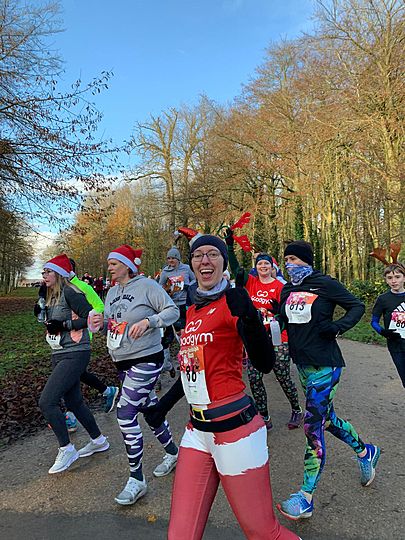 Keen and ready to go, team GoodGym met in the café to compare festive gear and have a pre-run photo shoot, complete with our banner. Kirsty and Sam displayed more of their fantastic festive legging collection, and Dave and Hannah donned great hats fresh from their time at the reindeer flying school. Rachel came prepared with admirable Rudolph face paint, whilst Stuart and Rachel gave Gaby some red rosy cheeks a la Santa with a tube of lipgloss and a coffee stirrer! With the marshals wrapped up in so many layers they'd almost doubled in size, our presents was required at the start line - a nippy two degrees Celsius!

The Santa vs Rudolph run fundraised for both Brighter Futures and the Wiltshire Air Ambulance - under a helicopter flyover we warmed up and took 'elfies, before we were off! Team GoodGym was spilt evenly with 3 in team reindeer (Emily, Kirsty, and Rachel) and 3 in team Santa (Gaby, Mike, and Sam), ably cheered on and directed by our team of marshals led by Andrew. It was a bit Claus-trophic to start, but we snow the drill - everyone soon spread out and focussed on catching the carrots. We overtook two, but just couldn't quite catch the third (it's okay, we don’t carrot all!).

We also spotted Carly with her very own well-dressed reindeer gang, carrying their own homemade sleigh! Gaby then managed to trip over and tree root and get pretty muddy in the process (yule can only laugh).

Santa Sam showed us all up striding onto the 10k route with just a brief backward glance to the 5k-ers! However star of the festive show was undoubtedly Eli, who at 2 and half ran 3k with only one (or two) shoulder lifts from dad Paul, with some extra high five supports from team GoodGym. Especially impressive as whilst running, I'm reliably informed Eli managed to spot the real Santa amongst all the fancy dress. Definitely a future recruit for GoodGym!

A round of Santa-plause everyone, we sleighed it!

GoodGym Swindon are continuing the festive theme with these tasks coming up;

Tuesday’s Group Run, we’ll be running and walking to Playsteps Day Nursery to help them put up their Christmas decs and put together some flat pack furniture. No previous experience required, sign up here

Community Mission on Saturday 14th December is gift wrapping presents for Prospect Hospice. This was a huge success last year and a great morning or afternoon out. Limited spaces left so don’t delay, sign up today!

Great report Gaby. One to show Eli when he is old enough to join us. A few years to wait...