Old McDonald Went For A Run! 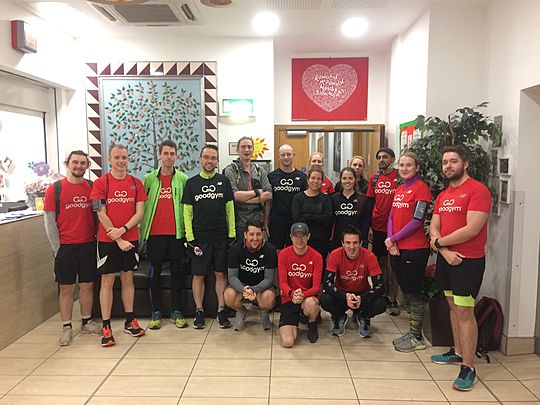 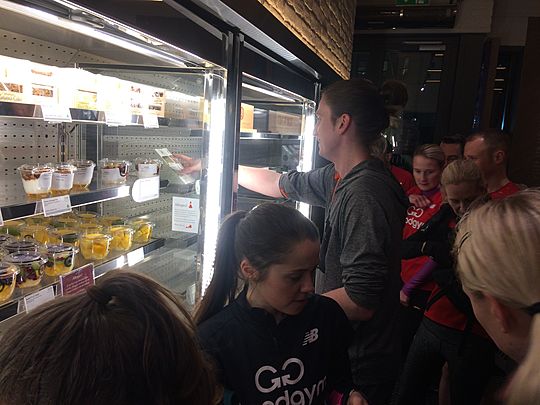 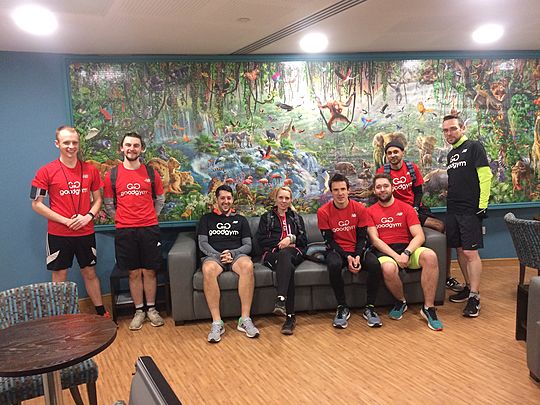 We had a grand group of sixteen runners for tonight’s fitness and ‘do gooding’.

We set off with our empty bags to Pret to grab the food donation. We were taking the donated tasty goods to Ronald McDonald house, so on arrival Pret were a little confused as they thought we were looking for the fast food chain! After the confusion was cleared up the group filled their bags full of goodies.

We headed to Ronald McDonald house at a slower tempo to avoid any explosions or squashed food. On arrival we were greeted by Natalie, who appreciatively took the donation off us. The group then split in two and each group was given a tour around the house. The charity provide somewhere to stay for families of children who are seriously ill in the nearby Children’s hospital. We were shown around the rooms, kitchen and we even got shown what was once the world’s biggest jigsaw, which has pride of place in one of the social areas.

We spent a good 45 minutes at the house, with the very interesting tour, so after the task there was just time for a rather rapid run back to base, running a slightly different way to get us up close to the 5k mark for the evening.