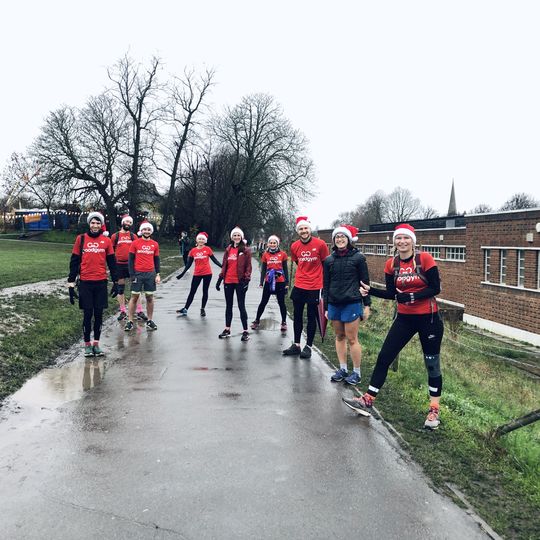 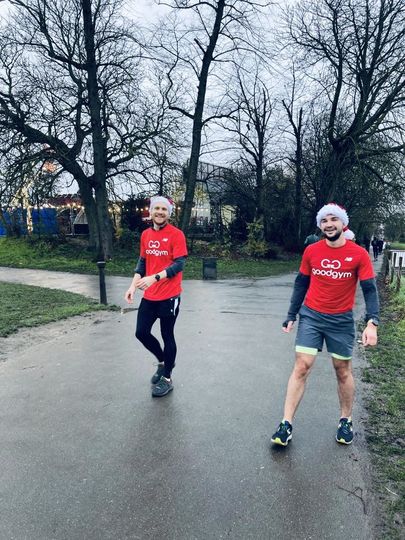 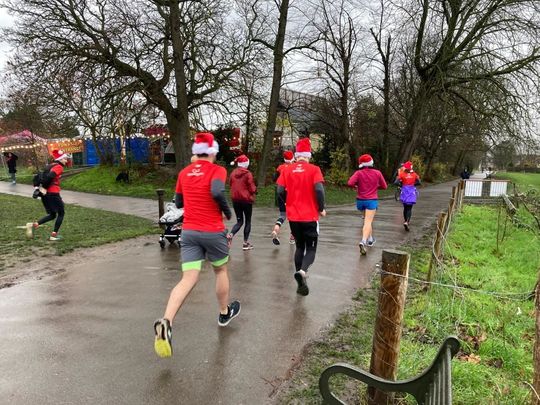 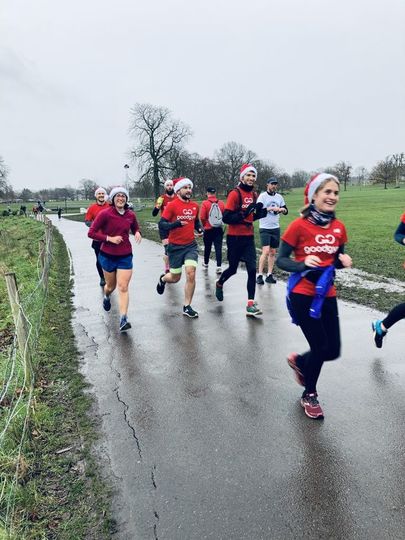 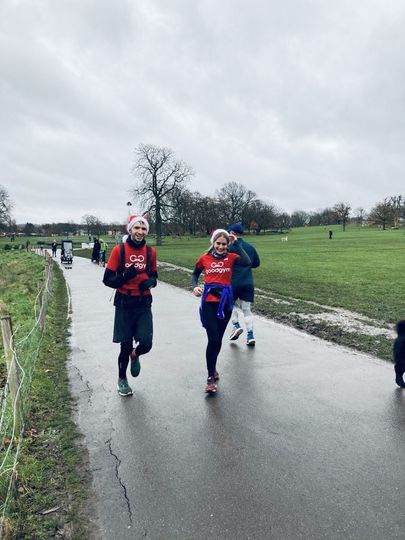 *A lovely bunch joined for a few laps of Brockwell Park to raise a bit of cash for Lambeth & Southwark-based South London Cares. *

We donned our Santa hats, chatted about distances and paces and then set off as one big group. In the end, most of us did a solid 10k (basically 4 laps!) of a Brockwell's pretty hilly parkrun course. We got a few "Merry Christmases" from the public and nearly tripped over several dogs.

Lorna who's volunteered with SLC before, said it was lovely that we were doing the run in Brockwell as just a few years ago, one of the older people acheived his first 5k in Brockwell - so great 👍

We set up a little Justgiving page and at the time of writing have acheived 103% of our goal! £310 for South London Cares awesome work, connecting generations through social gatherings and friendships. Thanks so much everyone who's donated and well done to all runners :)