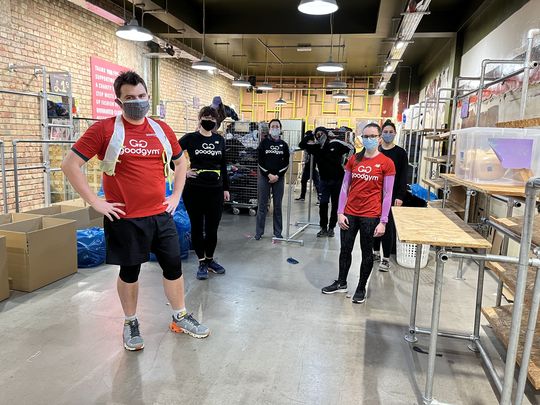 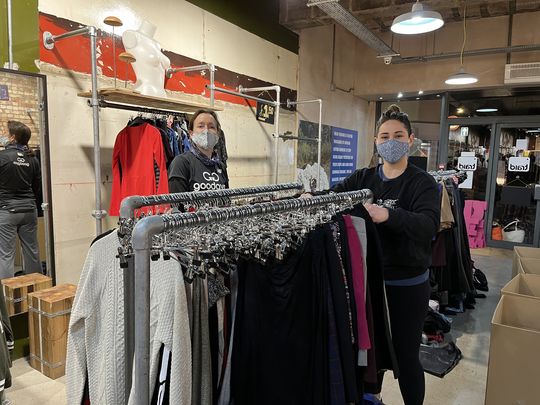 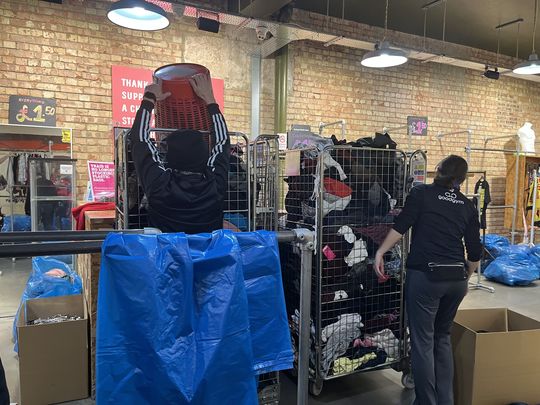 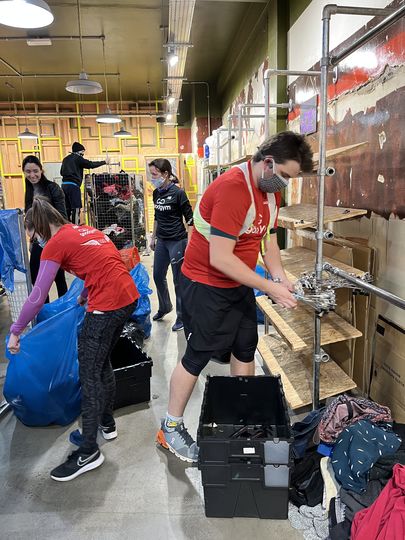 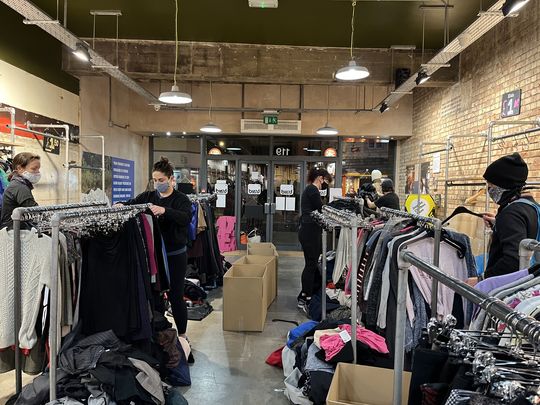 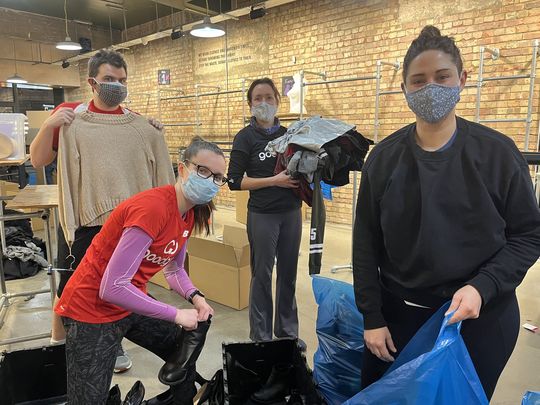 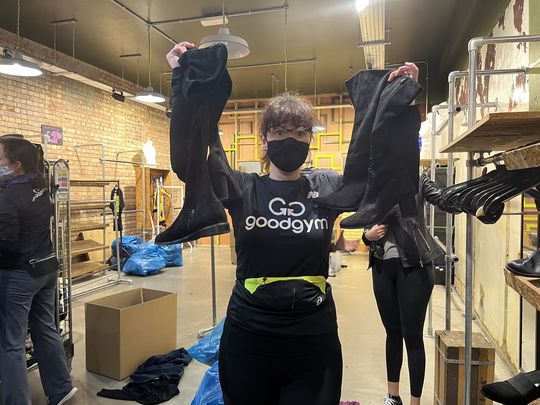 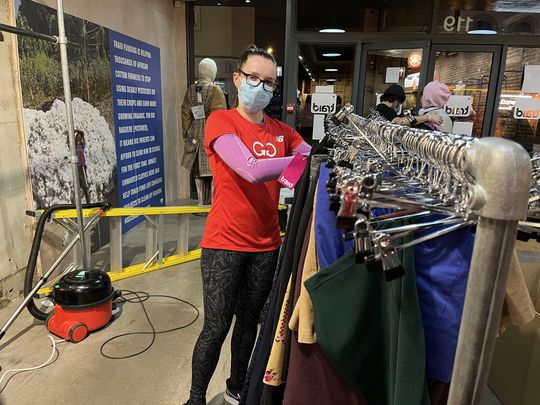 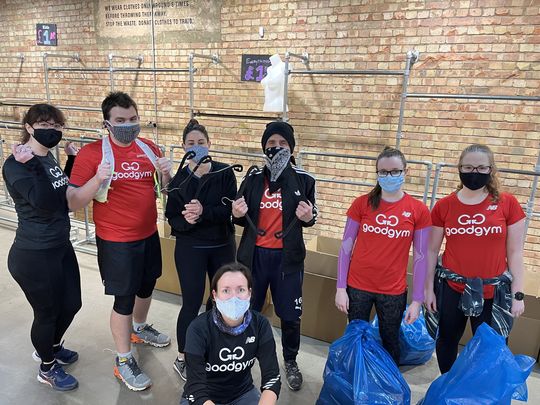 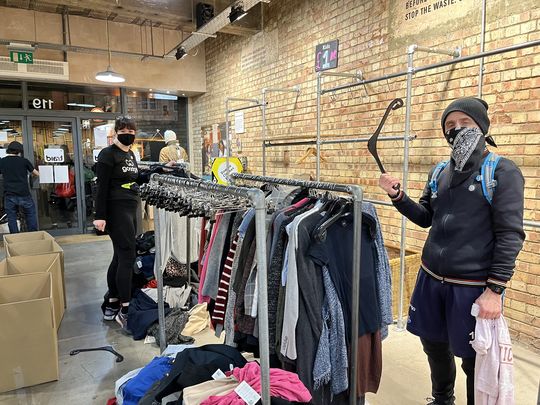 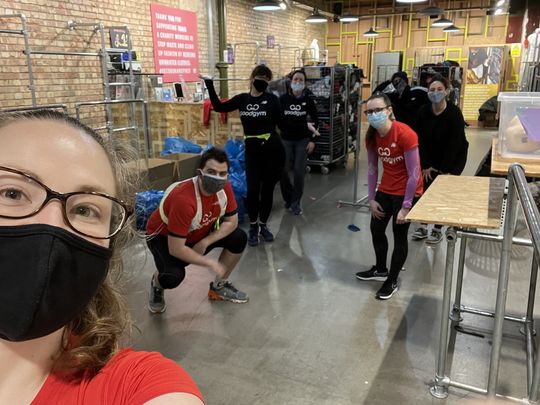 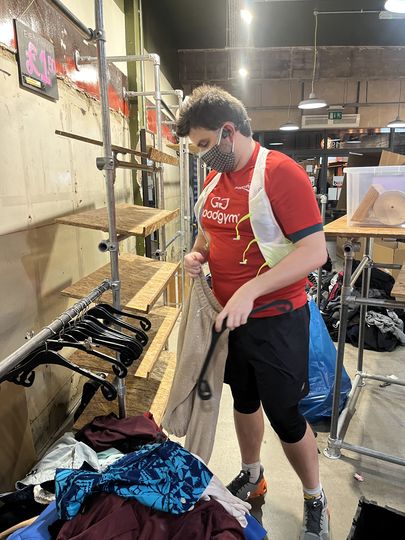 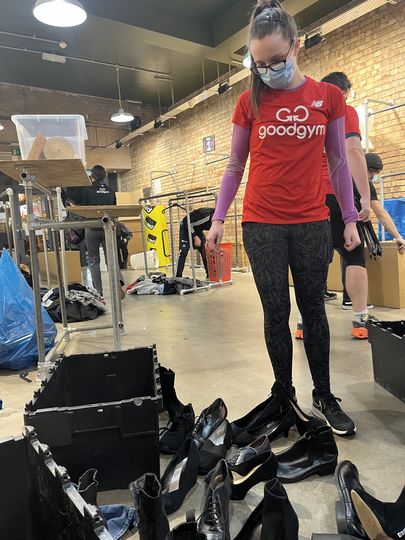 A mission well traid and tested - we were back at Hammersmith TRAID to help with their quarterly restock. H&F local legends Analiese, Bethan, Cookie and Lucy were joined by Ealing’s man-on-a-mission Harvey and Monika from Richmond, plus we welcomed along Layla for her first ever GoodGym task!

The staff got us to work - this time the tactic was to pile all the clothes up on the floor, taking them off hangers and once the rails were emptied, the plan was to stuff the boxes with said clothes.

We showed off some slick moves, with the two handed unclip on the trousers and skirts, to some less slick ones, such as the frantic untangling of a label caught in the hanger. Harvey had hangers, Cookie culled clothes, Monika made do with menswear and Bethan bagged up boots.

Lucy and Layla on the other hand had the task of shoe-pendous job of pairing up shoes. One shoe from each pair was on the shelf, and one in a box. In the worlds hardest and longest version of some sort of memory matching game, we got our brain cells going trying to find the other half for each shoe. Joined by Bethan and Analiese, we learnt a lot of things - about teamwork, perseverance, and communication. But mostly we learnt that there are a bloody lot of black boots that look the same!!

In possibly record time, the shelves and rails were bare. Boxes and bags filled, and some very pleased looking staff members! For some of us, it was home time, but for others we had a TRAID off to attend…