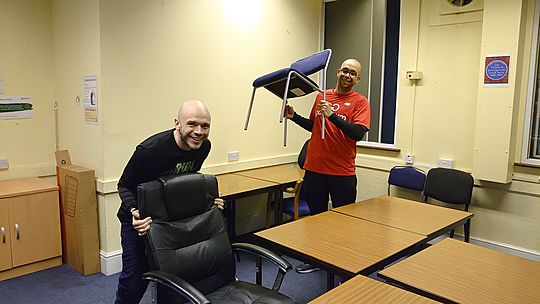 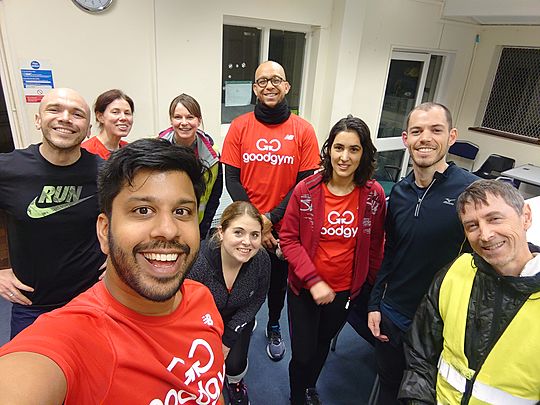 Eight wonderful people joined me in Brent to boldy run in the rain and help put at Brent Mencap.

A nod to the pun... for the first time in what we think might be EVER, there were more men than women at a Brent run!

With the weather so bad we did our intro inside, welcomed Philip to his first ever GoodGym run and went through the task and health and safety.

We then headed out for a quick warm-up and then headed off on the short run down to Mencap. After an uneventful run down we met Wayne who left us to our tasks...

We broke out into teams and before we knew it everything had been done. With time to spare and with much chat of Liz's HIIT session from last week (most of us had missed it) we decided we should do it again. Big thanks to Liz for leading us and kudos to James who missed out on the HIIT fun after volunteering to finish the vacuuming.

With that all done we said our goodbyes to Wayne and then headed back to base, stretching quickly and outlining next week's session back at Mora Primary (with Claire in charge).