I'll Sand by You! 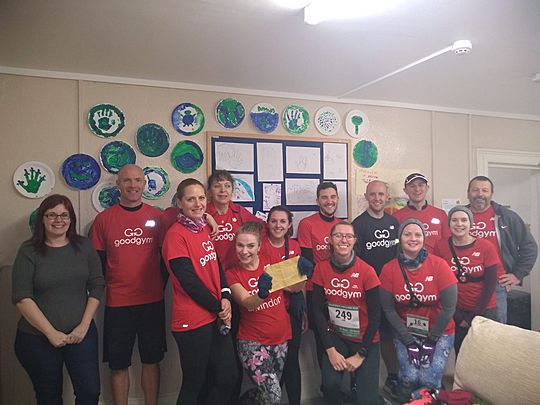 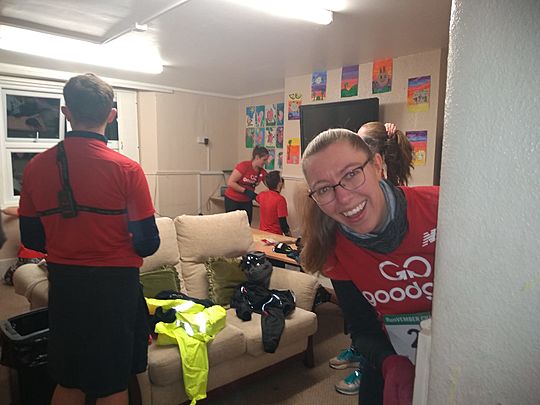 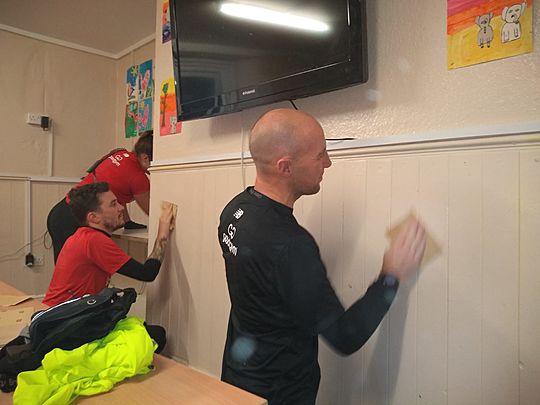 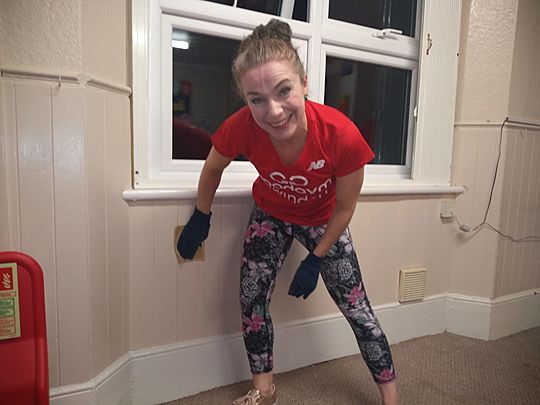 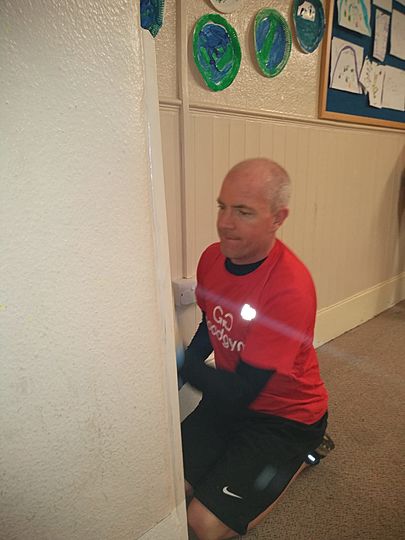 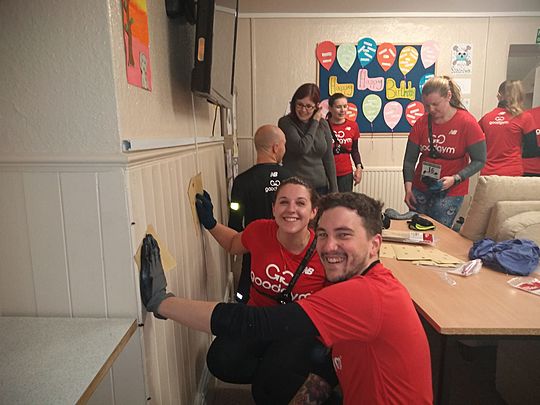 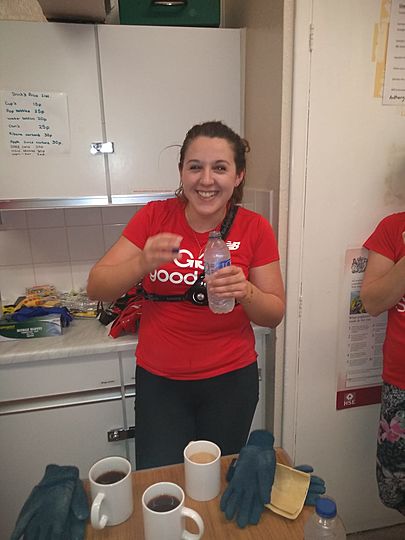 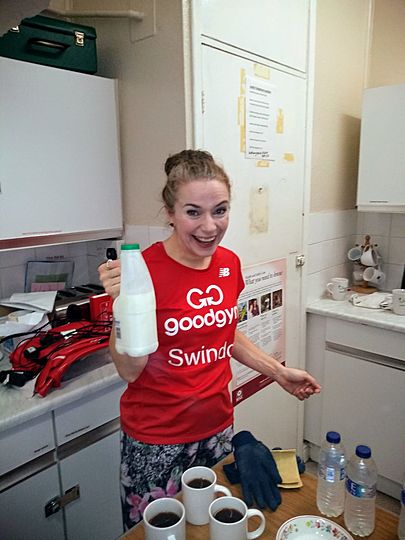 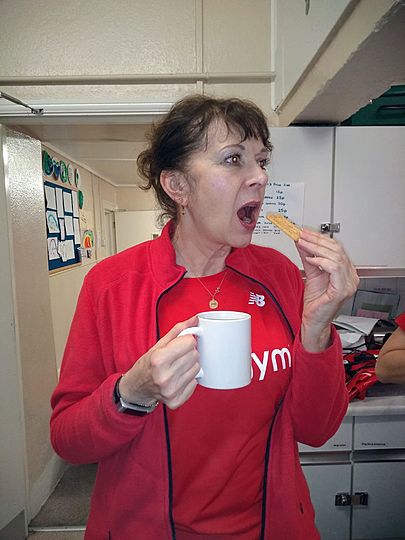 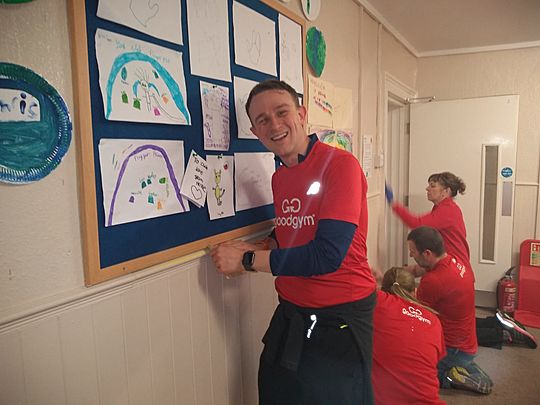 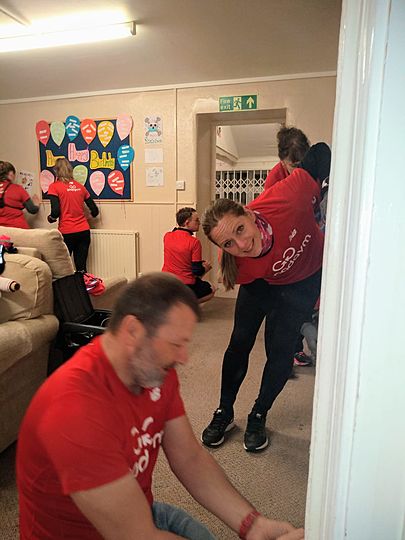 Tuesday saw GoodGym Swindon visit one of our favourite venues, Toothill Farmhouse for a spot of sanding in between sips of tea and bites of bourbon biscuits!!

Wonder Mike, for those familiar with 70’s Hip Hop pioneers, the SugarHill Gang, came to the rescue to stand in for Poorly Paul ‘the Scientist’ and lead the run. We forgave him for not thinking of an ice breaker, so after a well done for those completing the Swindon 10K last weekend and a quick name and number we illuminated our head torches and body lights, set our watches, or if you’d rather, Strava, and set off with Mike at the head and ‘Safety First’ Simon at the rear as back marker.

We took an unexpected left turn into the depths of Murder Alley. Did Mike know where we were going? Had he enough time to plan his route? Of course, we were in safe hands, as Mike took us on a deliberate route, missing the predictably marshy Mannington Park, past the Outlet to Toothill. A really nice convivial run, as the whole group pretty much stayed together for the whole run!

As we approached the Farmhouse, familiar faces seemed to appear from the darkness as Tracey, Jason and Kay joined us at the venue.

After quick introductions from Shelly who we discovered was an old flame of our very own Andrew we got going sanding the walls and others ‘skirting’ around the issue of the soon to be painted art room.

Up and coming Community Missions and the Christmas lunch became the topic of conversation. Who was going to wear a Christmas Jumper, described differently by ‘Sandy’ Sam, would Simon wear the spacious sprout pants modelled at the recent Community Mission at the Night Shelter Warehouse? So many unanswered questions. All will be revealed this Saturday at the Bakers Arms.

So, with woodwork sanded, tea and coffee drank, biscuits demolished, all the necessary photos taken it was time for us leave our grateful hosts and return from where we came and register another great GoodGym Swindon Group Run.

Our next Group Walk and Run is at Ferndale School where we will be putting up Christmas decorations. Dig out those tutus - we are going to be Christmas Fairies for the evening! Interested? Don't forget to sign up here!