On the first run report of Christmas, GoodGym gave to me…a tower of turkey trays, a giant box of tinsel, and a huge pair of Brussel sprout pants!

5 runners ran to help the Swindon Night Shelter in Swindon. 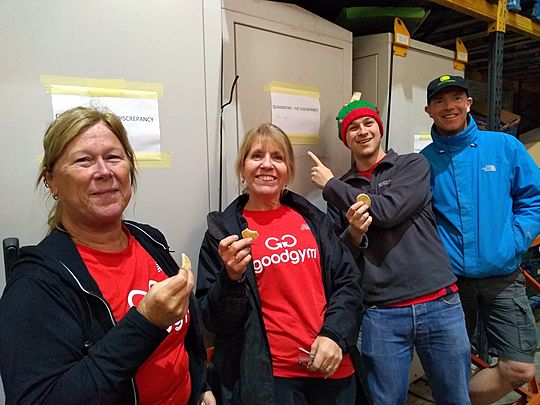 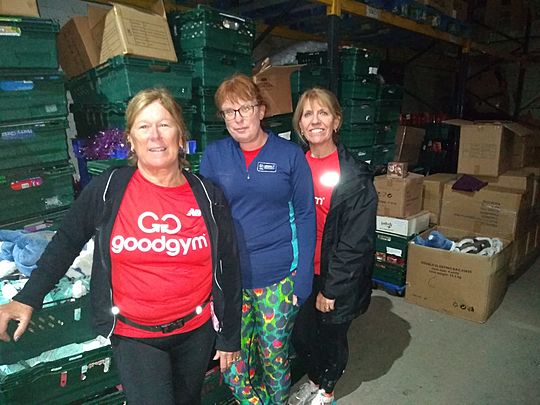 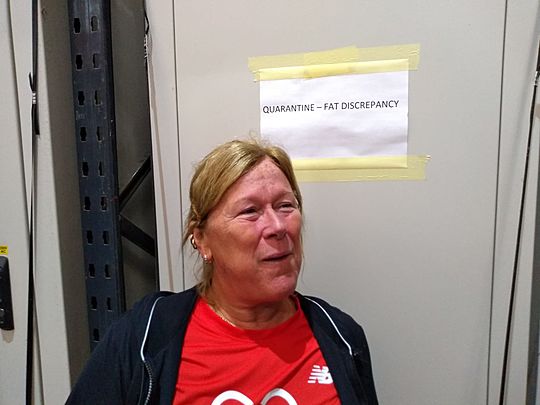 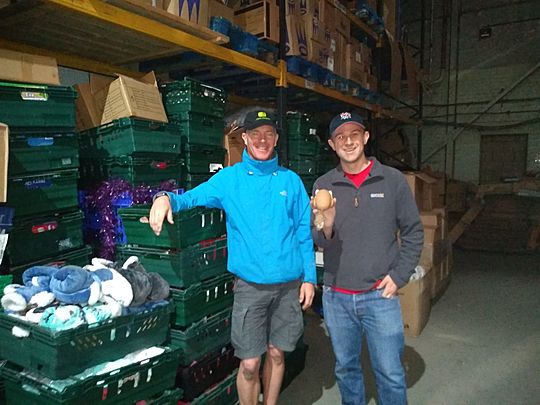 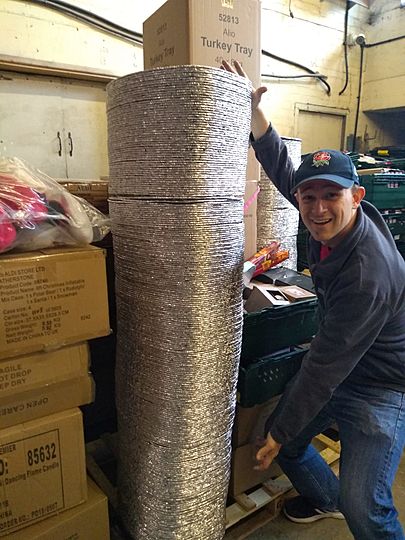 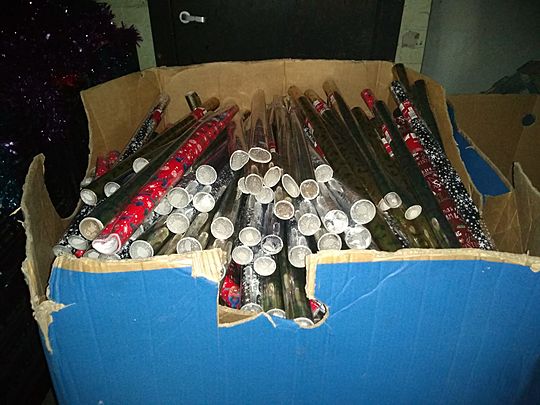 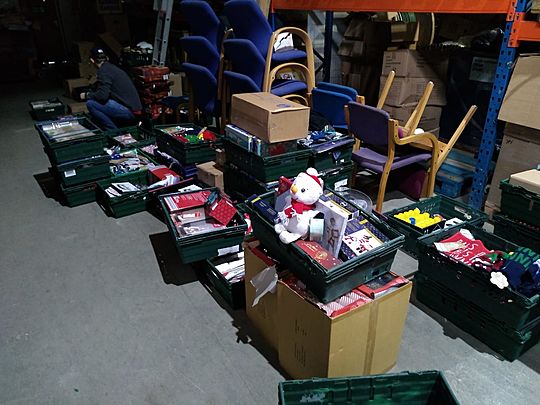 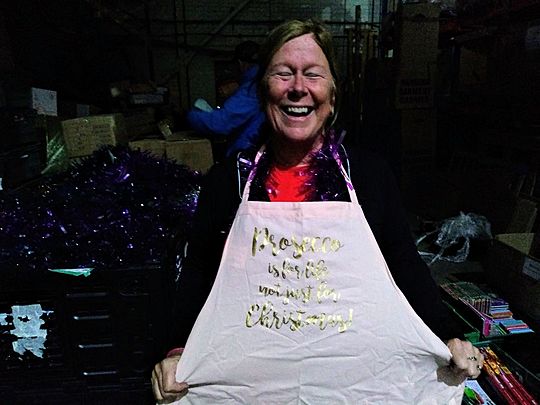 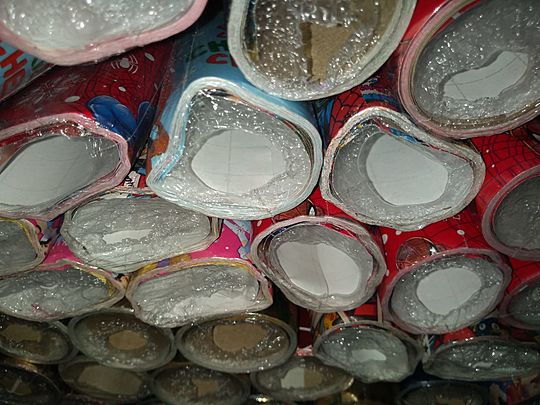 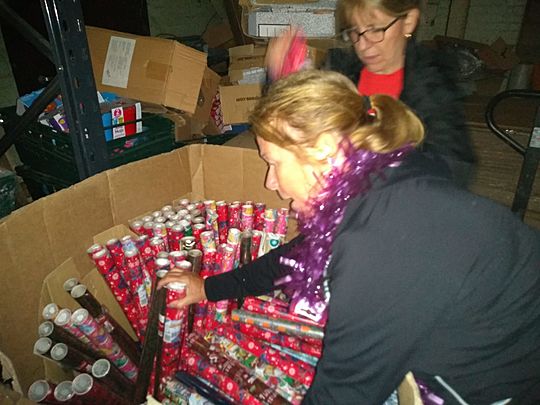 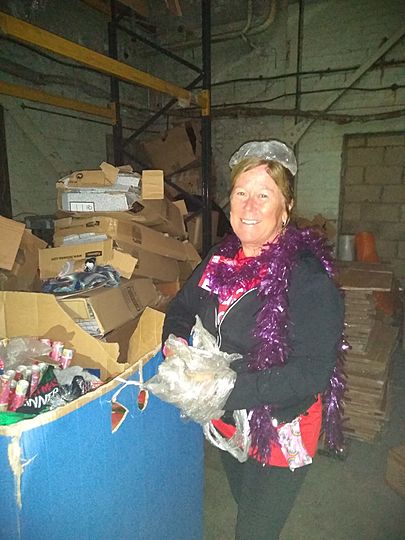 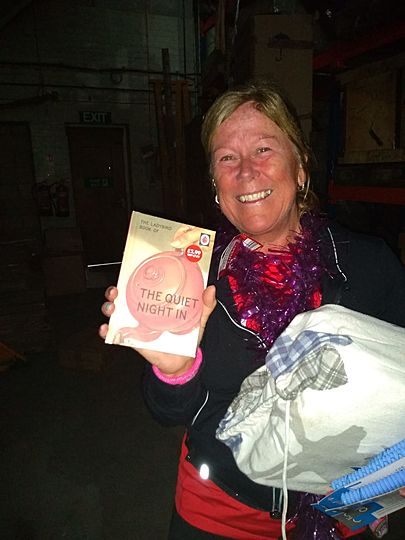 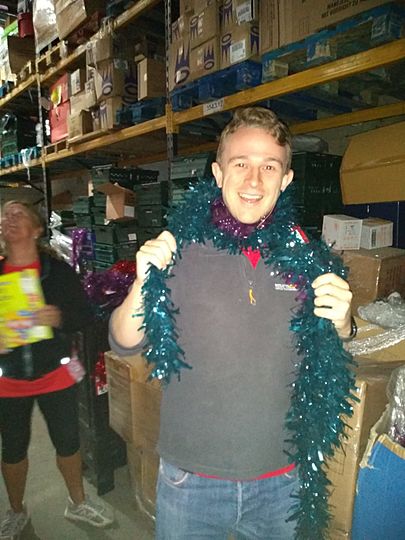 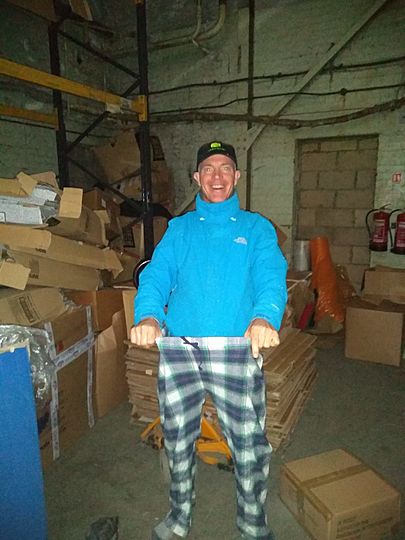 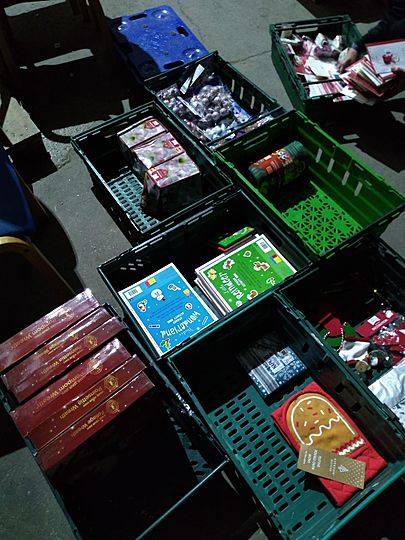 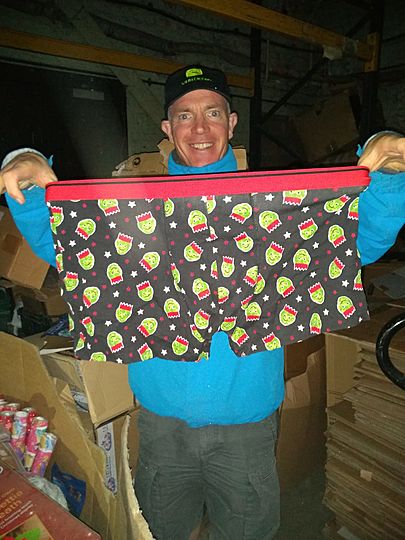 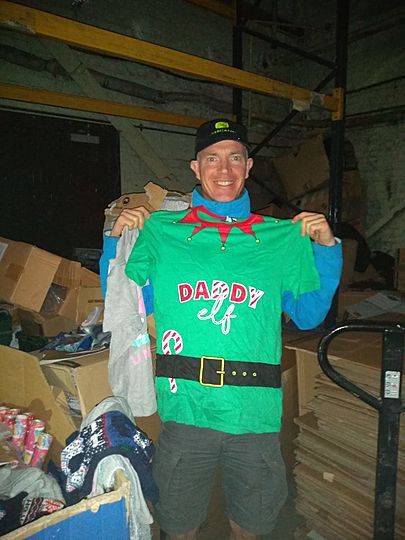 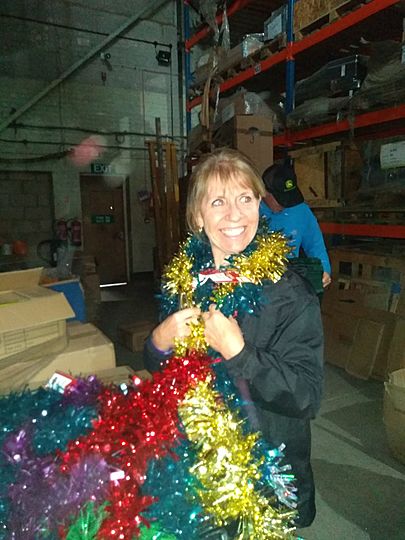 We like to be one step ahead in Swindon, and despite Helen’s protests that Christmas should not be mentioned before December, we’re going to make a claim for the first Christmas run report of 2019. And, oh deer, you’d better brace yourselves for December, because Christmas is the most punderful time of the year and Mike aka King of the Puns made sure to get some early practice in!

Swindon Night Shelter has a new warehouse where goods donated from local stores are donated and stored before they are sold through the Night Shelter shop, to raise funds.. We’d been told there was a lot of stock for us to sort, but even so the size of the task took our breath away – but we knew that we’d rise to the challenge! It was time to spruce things up fir sure!

Mike the warehouse manager started by explaining how the warehouse is not just a place for storage, but also provides an opportunity for local people who are homeless to gain some employment experience with 3 month placements at the warehouse. He also told us that the racks and racks of goods would have gone to landfill if they weren’t donated to the Night Shelter. While this made us all pause and think about what we buy, at least some good is coming out of what would otherwise go to waste.

Our task was to sort through large boxes of goods returned from stores after last Christmas and organise the items into crates that could then be taken to the shop. First up was a giant box of Christmas decorations, allowing Mike to score pun number one of the day – a severe case of tinselitis! We carried on flexing our Brussels, I mean muscles, sorting Christmas chocolates, Christmas bath mats, Christmas jumpers for dogs, hot water bottles, candles (much joy for the Two Ronnies’ fans among us when we realised that we had four candles…this soon became more like forty!), mugs, books, games, and in true Generation Game spirit, a cuddly toy!

We briefly lost Gina in a gigantic box of wrapping paper, and then there was a brief encounter of another kind. Elf and Safety First Simon kindly modelled a gigantic pair of Brussel sprout pants! Definitely the pick of the pics from today, and our thoughts are with Emma the Trainer in case the pants make an appearance on Christmas Day.

It was then time for a quick break, and where else would you eat your biscuits than in front of a sign that says fat discrepancy? You soon find out who your friends are at GoodGym when the phrase “you can have your photo in front of that sign, Gina!” is uttered. Well Christmas wouldn’t be Christmas without the risk of a family argument, right?! Yule be pleased to hear that we’re all still speaking!

With that, it was time for more sorting of Christmas clothing, with Jo, the tinsel-phobe, running scared from the so-called “premium” glitzy jumper that definitely looked like a fire hazard! We then unearthed even more treasure, with roll after roll of turkey foil, a tower of turkey trays, and lots of boxes of Christmas crackers – no doubt full of Mike-worthy jokes!

And that’s a wrap! We’d humped and dumped, lifted and shifted, and hope we’ve made it on to Santa’s nice list! Our next run is on Tuesday when we’ll be supporting the Night Shelter again, this time at the Haven Day Centre. You can sign up here and we ho-ho-hope to see you there!

Our very first Christmassy Run Report 🎄 and it’s only October! Thanks Jo; what a great task and some fantastic puns here! Well done everyone! 🎅🏻