19 runners ran 3.0km to help the More 2 Childcare in Greenwich. 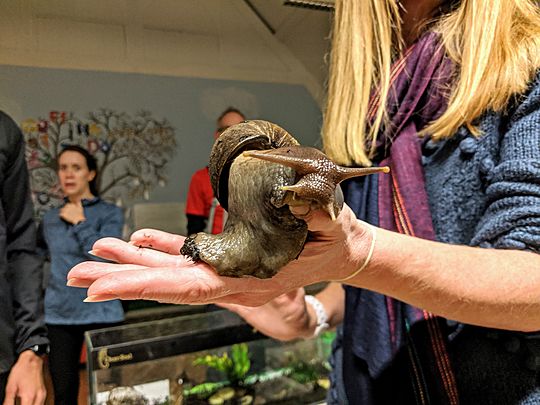 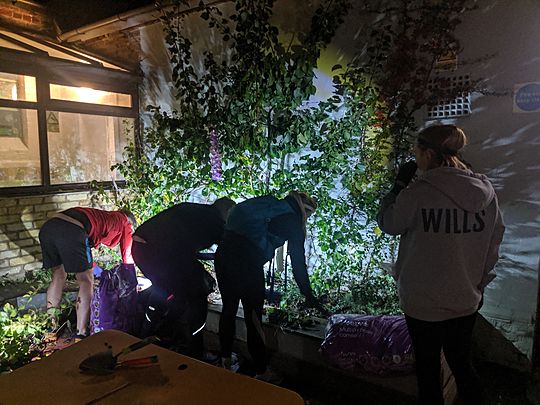 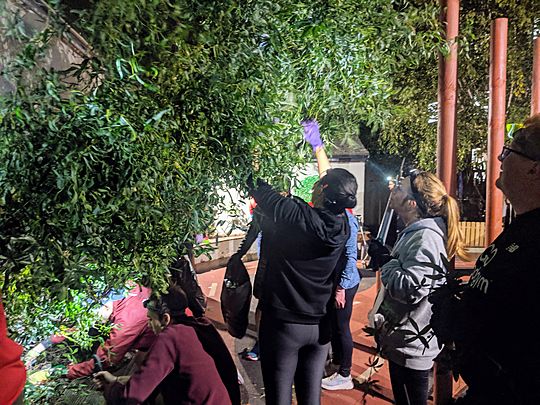 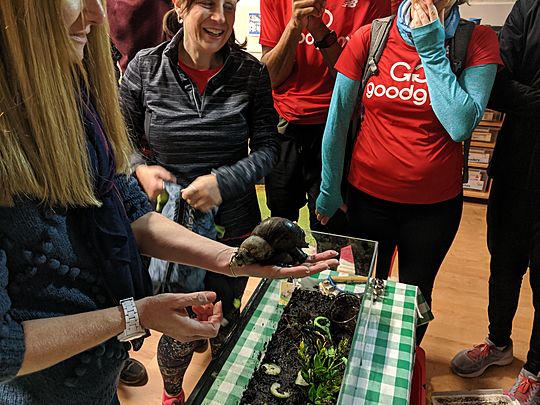 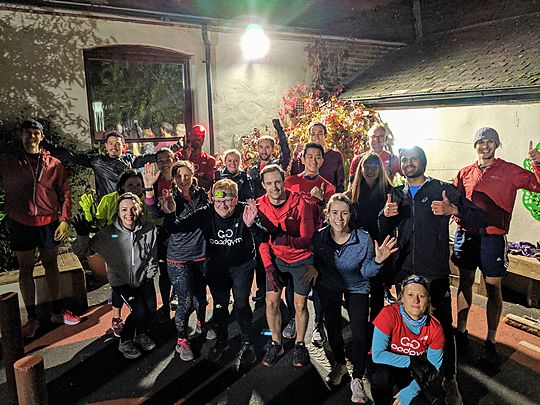 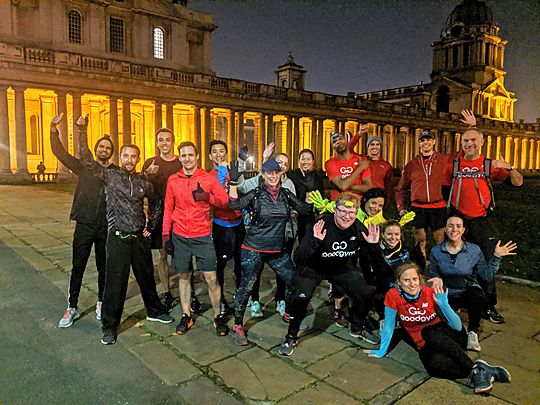 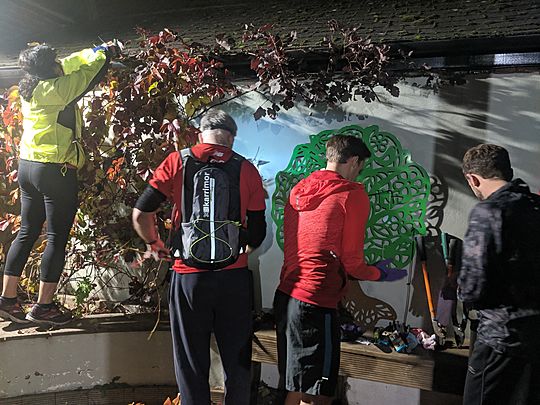 19 runners ran faster than a snail to help with some gardening at More 2 Childcare!

The first run since the clocks have changed but still a wonderful turn out for GoodGym Greenwich! Nice work team!

We had a nice summery task planned at More 2 Childcare featuring lots of work in the garden- weeding, soil spreading, sweeping, pruning... the whole shabang!!

After a quick warm up we headed down Trafalgar Road and arrived a few minutes later greeted by the lovely Glenda who showed us inside. What everyone was really thinking was "where's the snail" but that would have to wait, we had work to do first!

Glenda showed us out into the garden/play area where we would be helping out. There were various trees and vines that needed cutting back and pulling quite literally from out of the gutter, there were 6 big bags of soil to spread in the raised beds, lots of weeding to be done, sweeping leaves and then bagging all of the cuttings! Lots to be getting on with! As usual, everyone grabbed some gloves and whatever tools they could lay their hands on and got cracking!

The last two times we visited here, one of our jobs was to paint the Wendy house.. on the first go it was dark, very much like it was tonight which meant that we had to redo it when we returned a few months later since it ended up being a little, shall we say... patchy! Thankfully, it didn't appear on the list of tasks tonight! Probably because they couldn't trust us with it.

After half an hour the place was looking DELIGHTFUL! There was just time for one more thing.....

Sid is a giant African land snail that lives at the nursery. We all piled into the classroom to say hello. He was a little shy to start with, probably because he was busy tucking into his cucumber dinner when we so rudely interrupted him but eventually he... (sorry I'm going to say it)... came out of his shell.

After some nice snail strokes it was time to put him back and head back to base!

Now, we didn't really celebrate Halloween tonight, but I thought I'd give everyone a bit of a fright by bringing back the 1k TT we used to do back in the day. We used to do it the first Wednesday of every month and then it kind of just dwindled away and fizzled out and I think everyone was just glad that I forgot about it! Anyway.. top running all round! And word on the street is that Darryl ran his fastest ever K so there you go, it's good to do every now and again!! Congrats D-man.

A nice little stretch and we were done :)

Here is the link for the meal choices and menu for our Christmas Dinner happening on Friday 13th December. You should have already received an email from Alex with his bank details to transfer the £10 deposit, if not then just let either me or him know! Deadline is THIS Sunday! We'd love to have you there, it's always such a merry evening celebrating a wonderful year of running and good deeding!

Great work tonight everyone!! See you all again next week!