2 GoodGymers made their way to help their local community in Westminster. 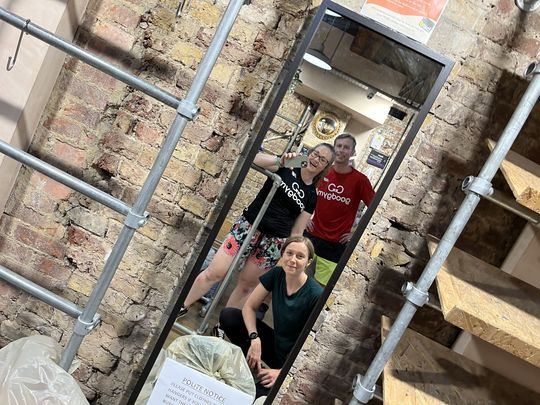 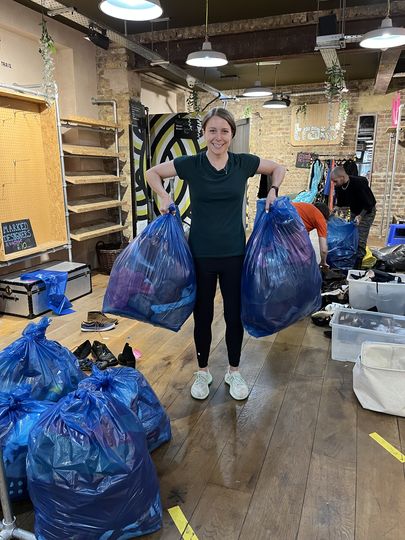 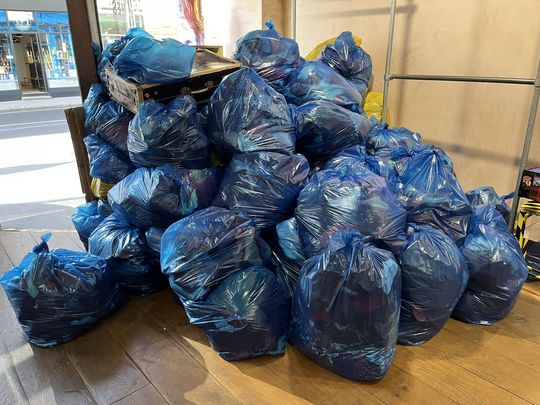 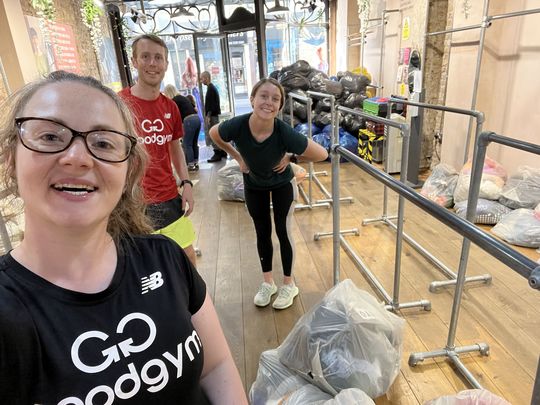 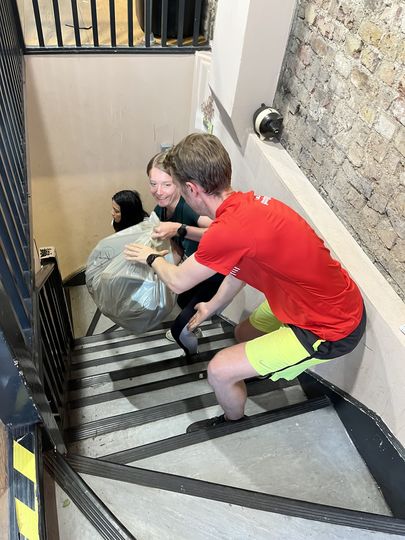 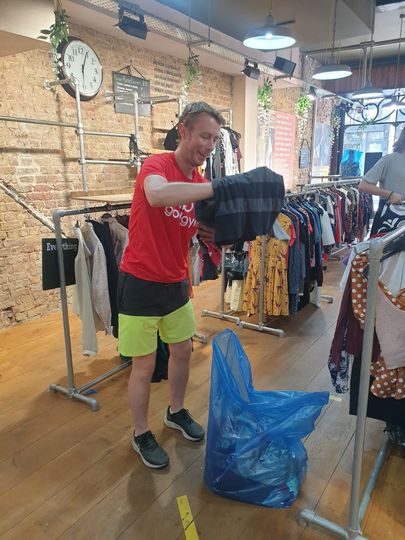 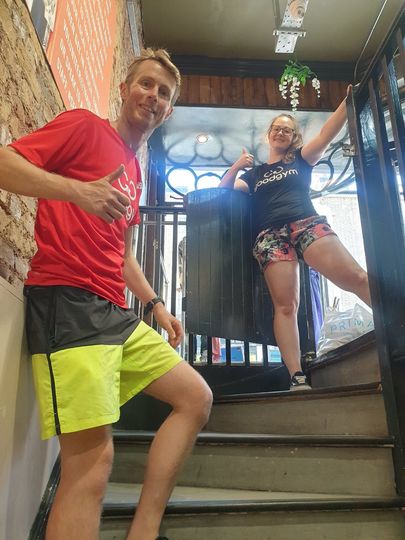 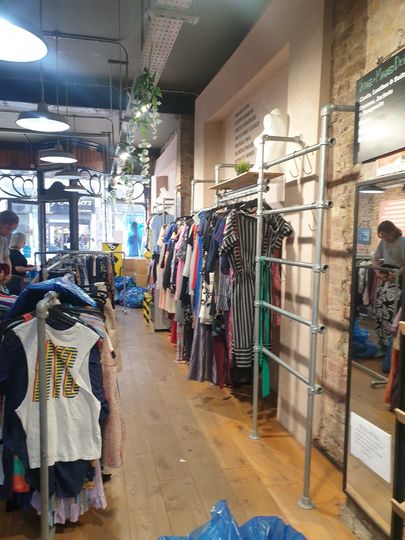 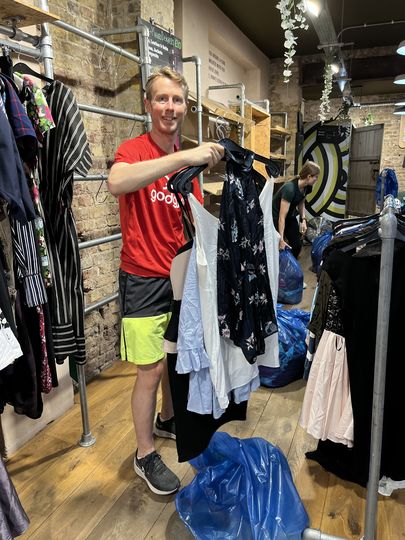 Three of West London’s finest were at TRAID on Westbourne Grove to help with the quarterly restock. TRAID are a charity that sells secondhand clothes with the aim of improving life for workers in the textile industry.

Every TRAID store seems to have a TRAIDmark way of doing their restock. Some stores go for a cage, some like clothes off the hangers, some prefer them on. Well, the Westbourne Grove branch had real sacks appeal, and the first part of the task was to take the clothes off the rails and bag them up, hangers and all. Once full, the big blue bags would be tied up and moved to the front of the shop for collection later on that evening.

Emily, Rob and I got to work, and we worked out way through the racks railly efficiently, filling up the bags and creating a small blue mountain by the shop door. Soon the store was bare, and this meant we were ready for part two of the mission.

Think of a fashion accessory, something that doesn’t go out of style? A pair of dark sunglasses? A colourful scarf? Well, we went for a classic chain, and made a human one leading down the stairs to the basement store. Bags of stock from downstairs needed moving to the shop floor, and were passed along the human chain and up the stairs from the store team, to Emily and then Rob and then myself at the top of the stairs, where two more of the staff members were able to place the bags in the appropriate location.

There were black bags, which joined the blue ones on the ever growing mound for collection later, and then there were clearer bags, which were labelled with numbers and letters in black sharpie. Like some special code, we made it our mission to work out what it meant. I think we discovered that the numbers meant the location for each bag - so all the 01’s were on the same rail. There were some we didn’t quite work out, such as M47, and some that we used detective skills to efficiently such as MBAG (male Bags) or LACC (ladies accessories).

The last of the sacks came up, and the human chain was dismounted. The TRAID team gave us a big thanks, and with that, it was mission complete and the store ready for a new look tomorrow. Some things never go out of style, and doing good is one of them!

Hey guys. Great session and Lucy - fantastic write up! Could you please add me as having participated :) Thanks!

Distributing clothes to the homeless!!