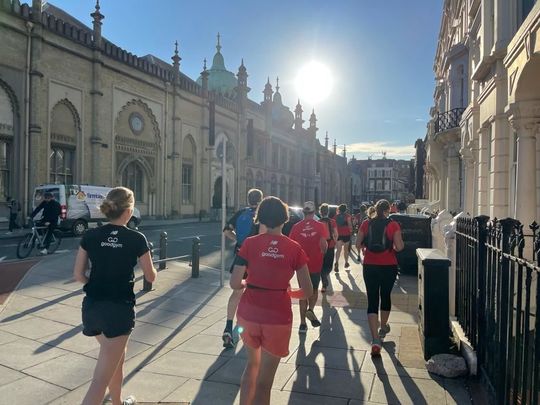 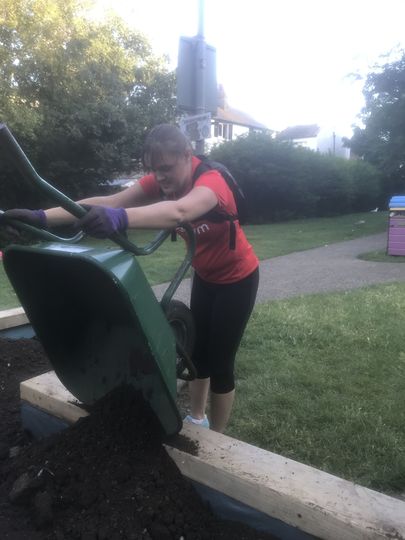 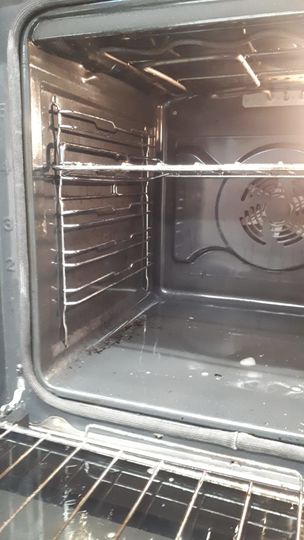 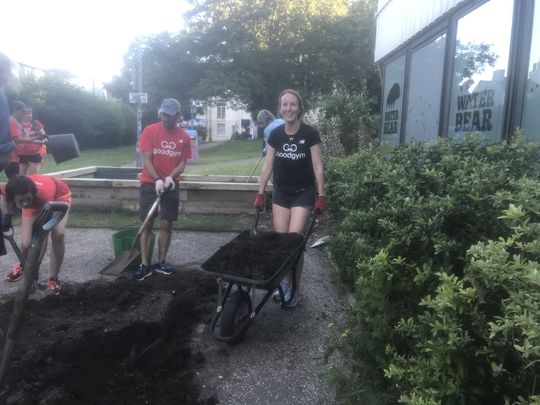 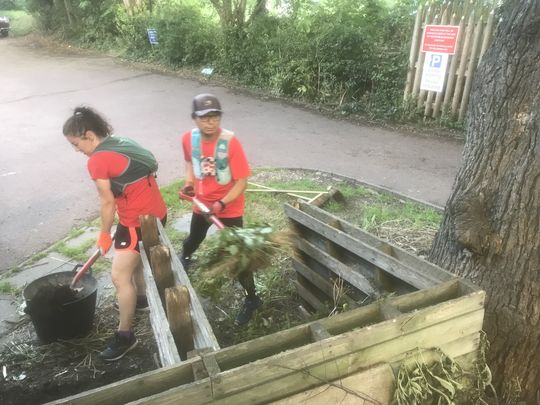 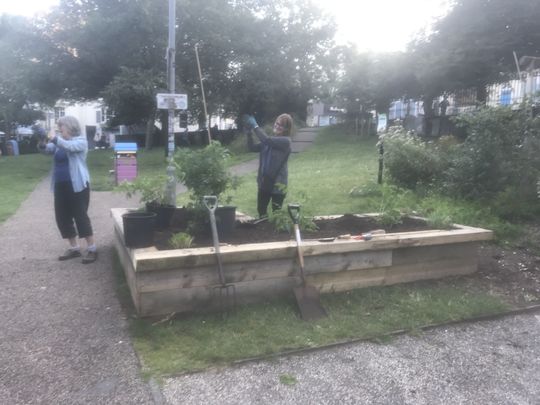 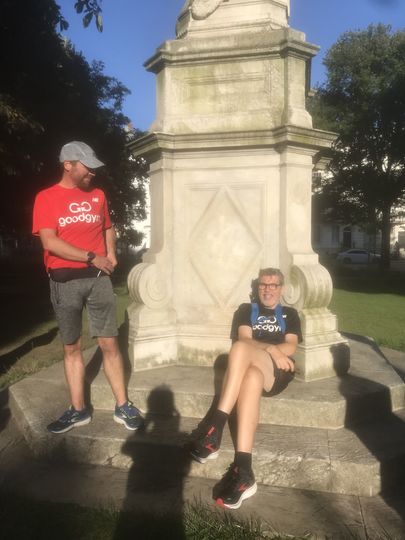 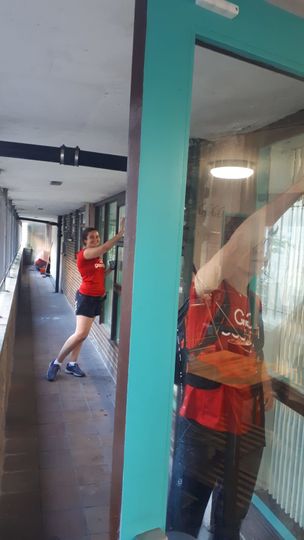 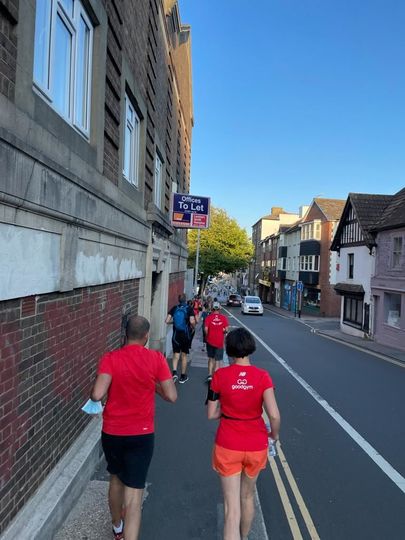 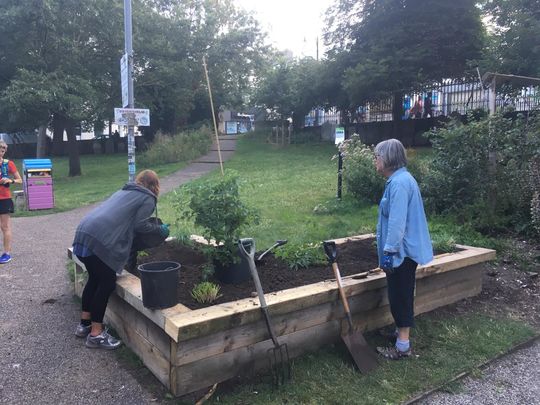 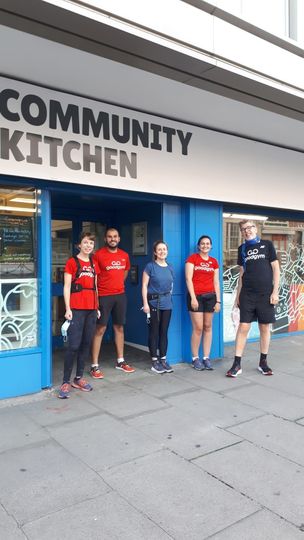 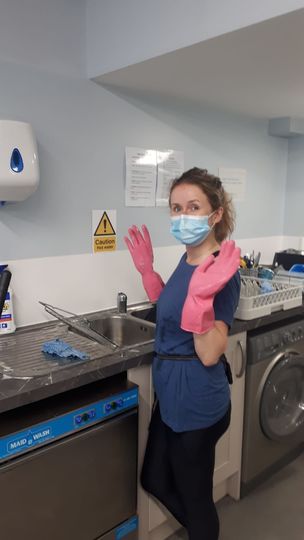 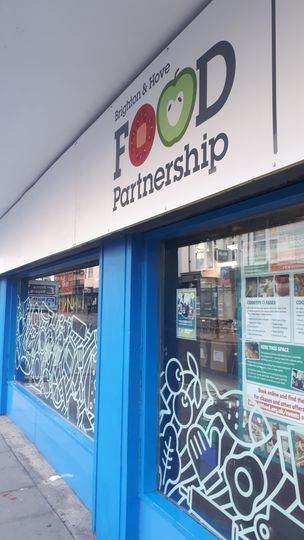 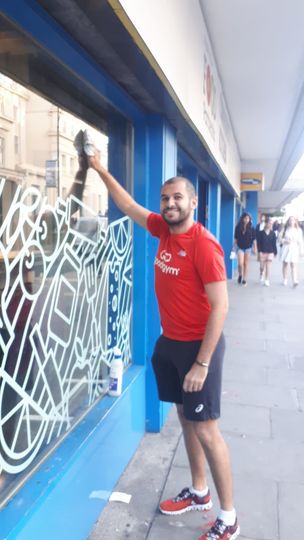 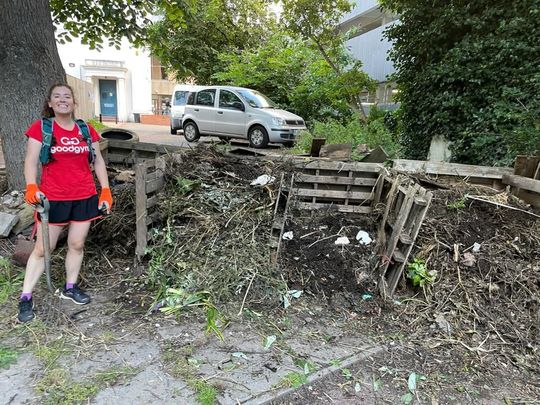 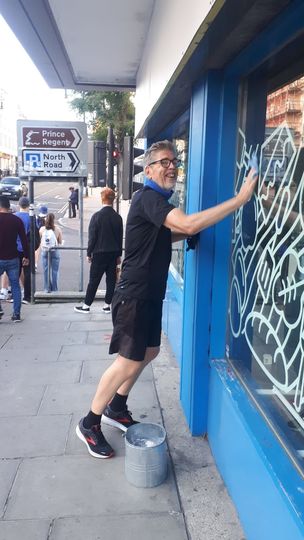 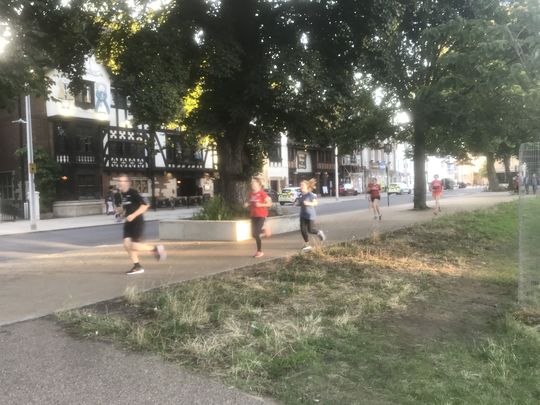 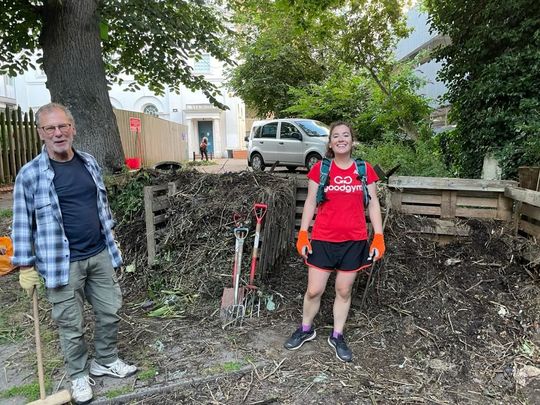 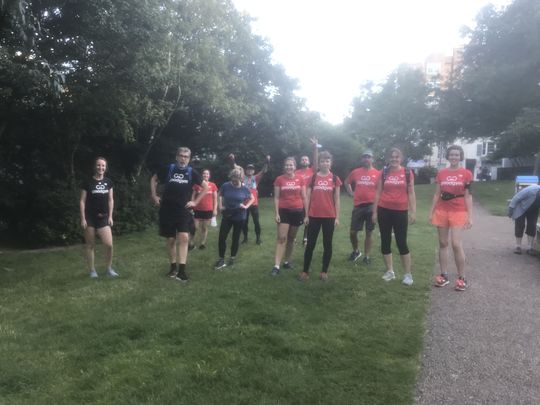 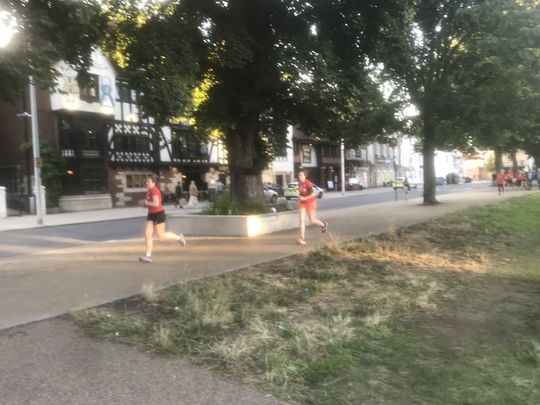 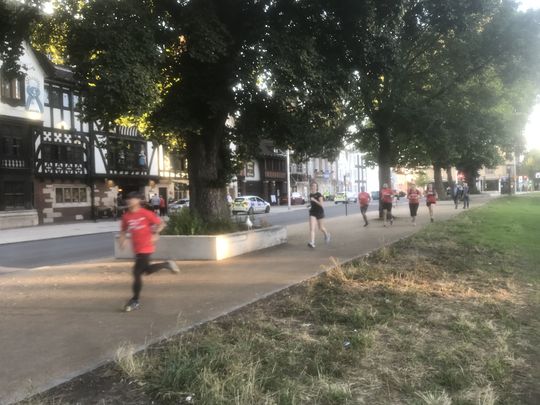 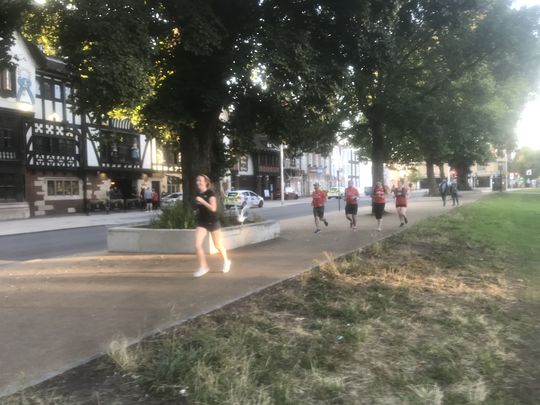 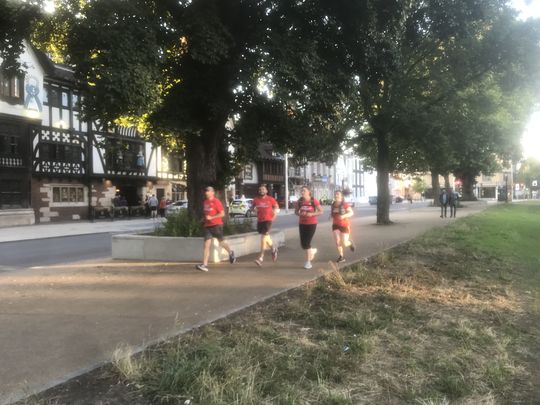 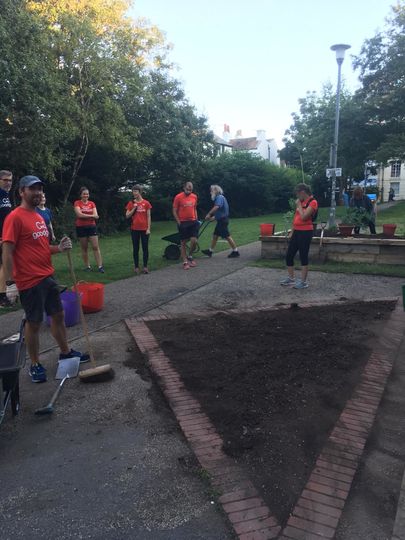 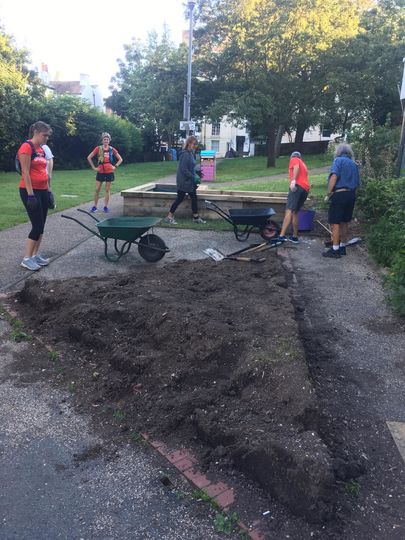 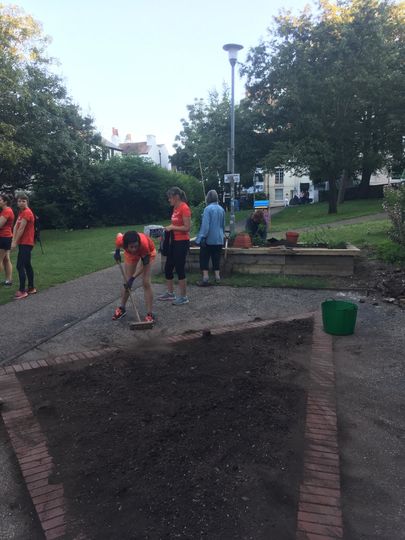 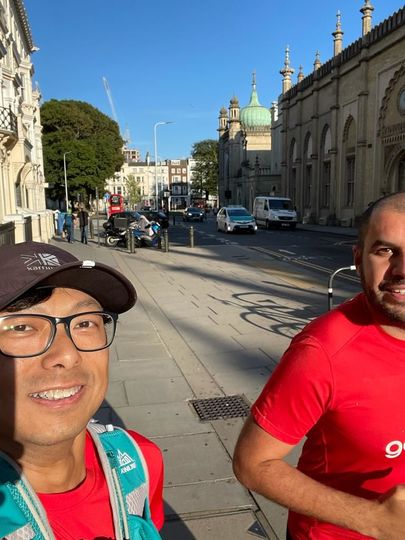 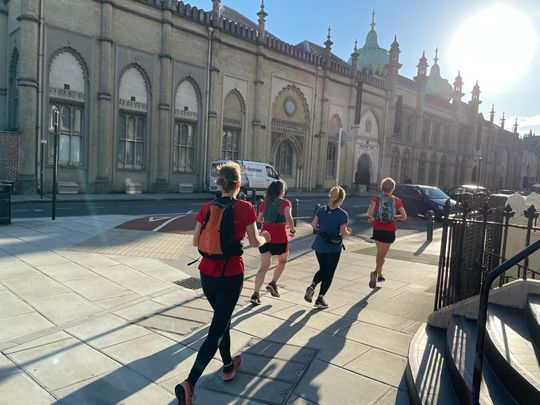 This group run was a tale of two tasks, with half the crew shovelling and the other half scrubbing. After meeting in Victoria Gardens and congratulating Abion both 50 good deeds and a new Parkrun PB, the squad ran up the hill past various lush-smelling restaurants to reach Brighthelm Gardens. Here five folk headed round the corner to scrub the windows at Brighton's Community Kitchen, while the rest of us surveyed a small mountain of soil, shovels in hand.

Shovelling said soil into place had been a previous task for Brighton GoodGym but now it had to be moved to a new planter, allowing the neighbouring music school some outdoor space for their students. The crew wielded shovels and wheelbarrows enthusiastically, and with the Brighthelm team mucking in we soon had the new planter filled and ready to receive its crop of tomato plants.

Meanwhile over at the compost heap more earth moving action occurred as Abi and Shermanturned two huge piles of compost.

(Brighthelm was also the location of Brighton Goodgym's very first task back in July 2017 which you can read about here. And also coming full soil-cle was Rebecca from Lambeth who was attending a Brighton group run for the first time but had been present at Tara's very first Goodgym experience in Lambeth also in 2017!)

But the day's labour wasn't over yet- after running back down to the start point, Tara led us in a brief but brutal interval workout to round the session off. Since that first task four years ago, Brighton's GoodGym runners have completed hundreds of tasks and engaged with dozens of community projects around the city- here's to four more years!

Goodgym trainer for Brighton. A running obsessive since 2009 now spreading the running joy by coaching. Have run marathons, prefer 10ks!

We're off to Mow a Meadow!