2 GoodGymers made their way to help the Crouch End Open Space in Islington. 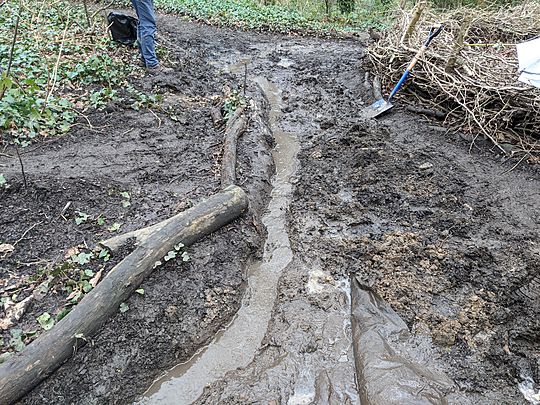 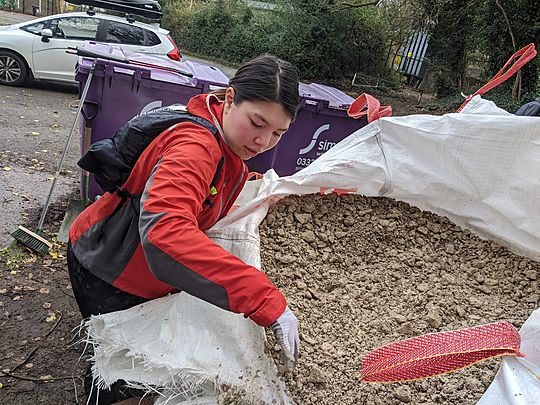 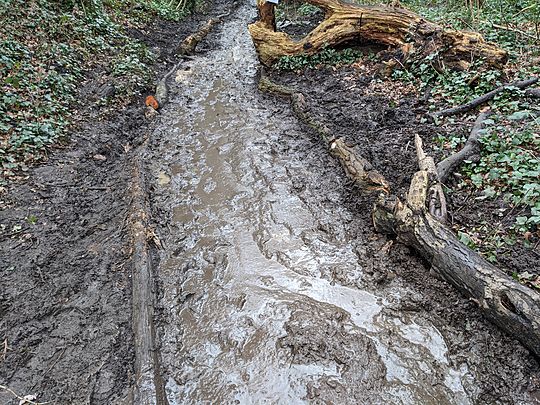 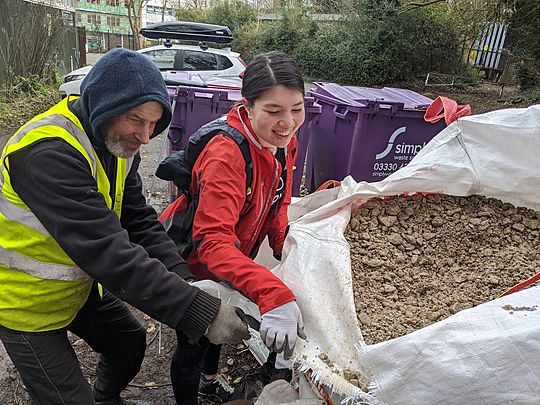 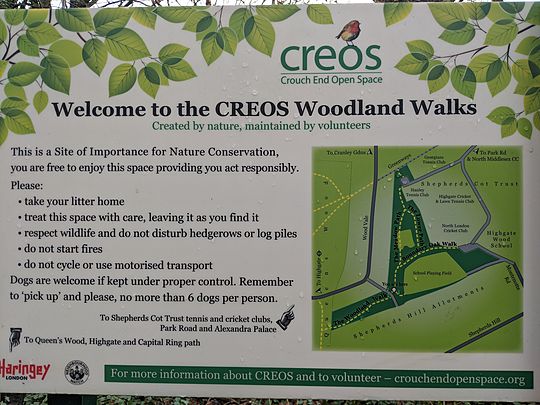 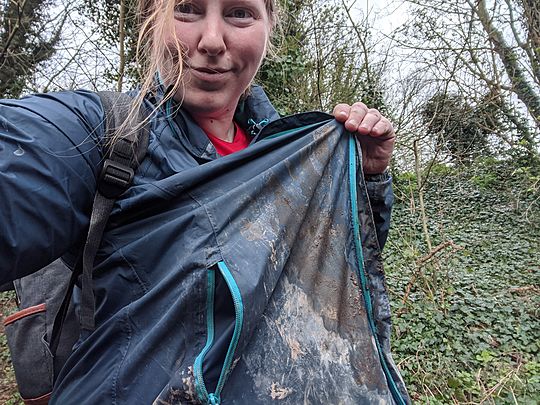 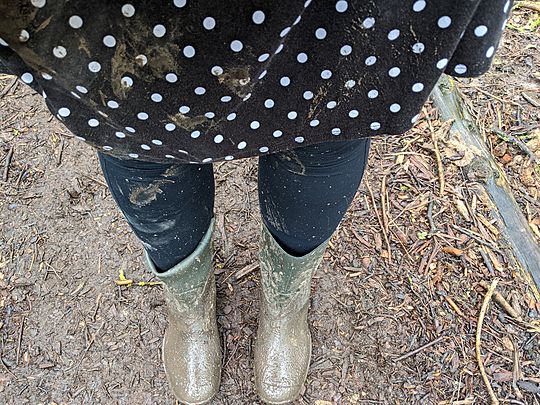 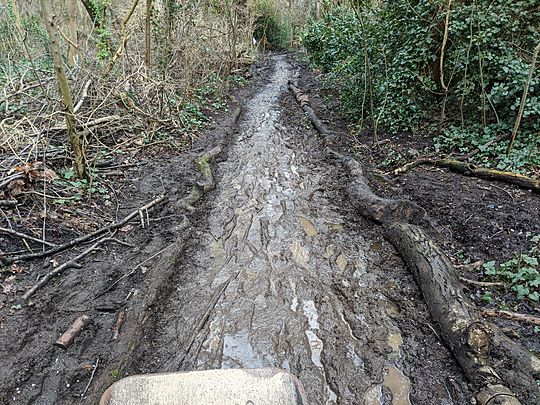 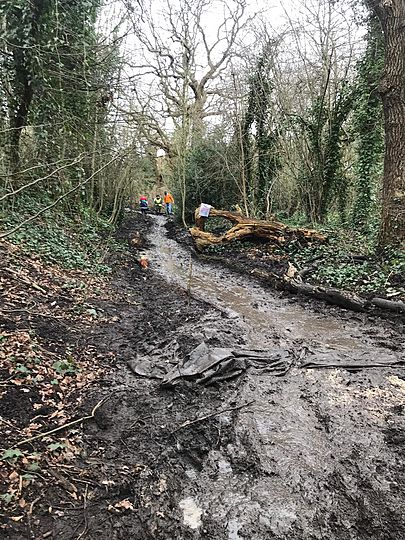 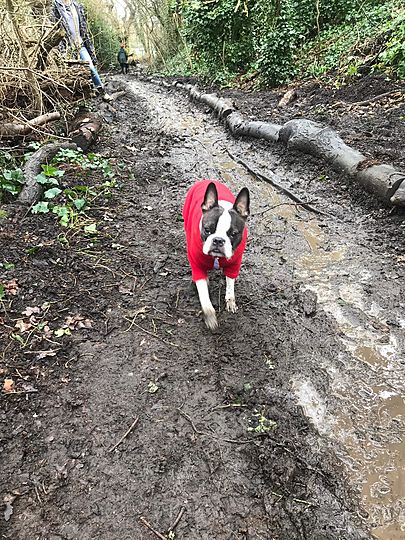 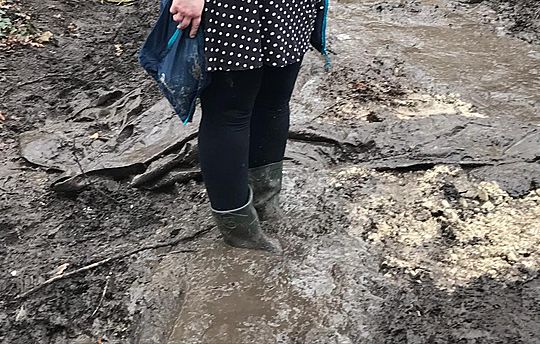 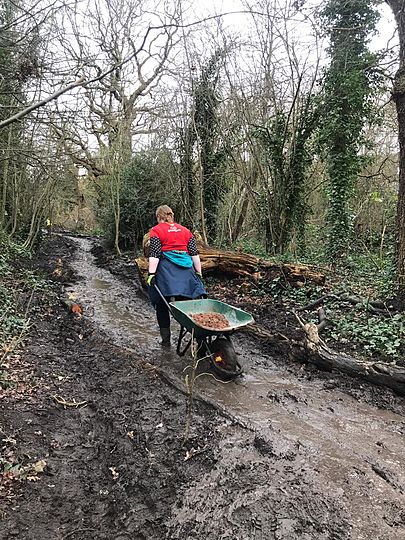 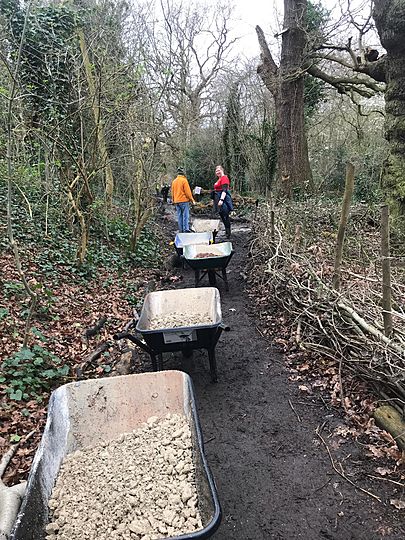 CREOS is a local conservation charity that looks after the meadows and wooded pathways of the Crouch End Open Space. GoodGymmers have been helping them maintain this beautiful patch of land for around two years by joining them on their open volunteering day.

Today, Siân and I were signed up to help.

Having helped out on the last CREOS open day, (during which we shovelled prodigious amounts of mud off a path), I knew to come fully prepared with my wellies. This proved a good call, as the path to be treated today was even muddier than the last one. The path was so muddy, in fact, that simply shovelling off the mud and adding woodchip (last month's task/solution) had been deemed a no-go.

And so we moved on to more industrial solutions!

The first solution (and our main job for the day) was to shovel and barrow aggregate up a muddy slope to lay onto the path. Siân (with her puny running trainers 😜) got shovelling while I got stuck in the mud with the aggregate with some of the other volunteers.

Barrowing uphill against mud is a surprisingly effective workout (imagine the prowler at the gym, but add sandbags to your feet), but unfortunately it didn't have much effect on the muddiness of the path: After an hour or so of work, we still hadn't laid more than a metre of path because the aggregate persisted in sinking into the mud 😬

The second solution was to dry out the path by building a drainage channel and by removing a lower tarp layer from the path (Siân and I mostly watched the other volunteers do this part 😅). The drainage channel created quite a fast moving river along the right hand side of the path. When the flow started to ebb slightly (it didn't stop while we were there) we resumed barrowing, but concentrating the aggregate on the left hand side of the path instead.

I'm not 100% sure what the third solution would have been, as after two hours of work there we were ready to enjoy some of the lovely CREOS picnic put out for us by the volunteers. Consequently, there's still lots of aggregate to lay next month, so sign-up via this link if you'd like to join in!