Don't leaf me this way

5 GoodGymers made their way 4.0km to help the Cultivate London in Ealing. 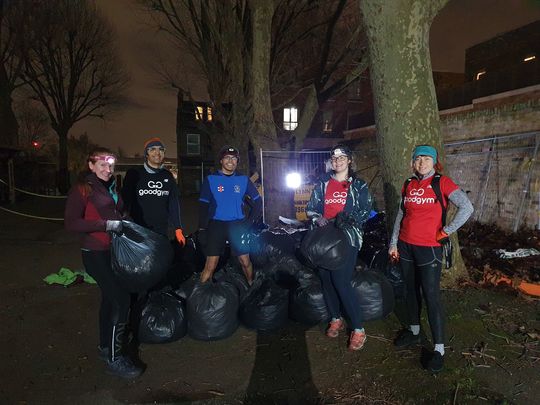 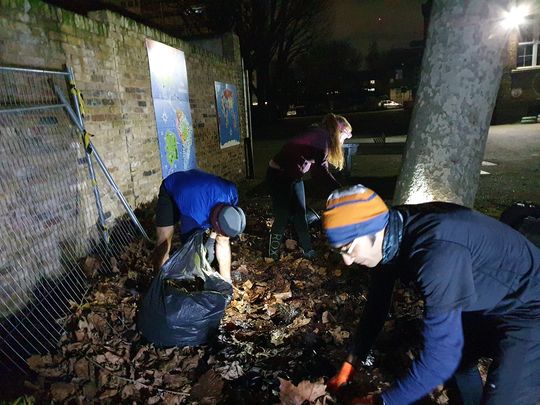 Depending on your be-leaf system, you might say that mushy peas are superior to garden peas as a side for fish & chips. If vegetables could talk, they would tell you they would rather eat mushy leaves than whole ones. "Mushy leaves" are leaves that mature for two years after they fall from the trees - they break down and become nutritious food for a new generation of plants. We learned that insight from Romina today, who uses natural and sustainable gardening methods at Cultivate London.

Romina tasked us with another round of bagging leaves from the heap GoodGym Ealing had attacked multiple times before. It looked like we might clear that pile tonight. Our job was to bag the leaves from the top of the stack, leafing the layer of mushy leaves untouched. The younger, not yet broken leaves would be packed into bin bags and then left to mature and break down, eventually becoming a more valuable fertiliser for the plants.

There were four of us who walked together to the Berrymede School site where the leaves were to be collected: Jenni, Raj, Kash and Sevan, who re-joined GoodGym Ealing group runs after running with Kingston for the last eight months. Welcome back, Sevan! 👋 Later, we've been joined by Lucy, famous for touring group runs all over West London, who cycled to Acton after a long day of work. Despite arriving a bit later than others, she made a massive difference to our leaf-collection line!

With such a small team, we packed an impressive number of leaf bags (we stopped counting after 40!) and carried them to the leaf bag colony in the corner of the schoolyard. Be-leaf it or not, it looks like there are still some more young, unbroken leaves that need bagging (does it ever end?), so GoodGym won't leaf them this way and maybe will return in the future to sort that out before the new leaves start falling!

Running? Lifting? I'll do that only for GoodGym.