13 GoodGymers made their way 3.1km to help the East Croydon Community Organisation in Croydon. 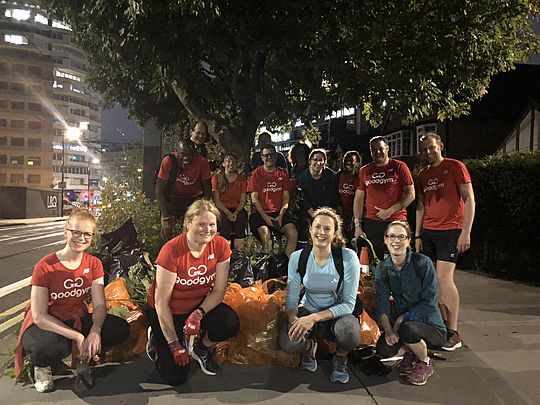 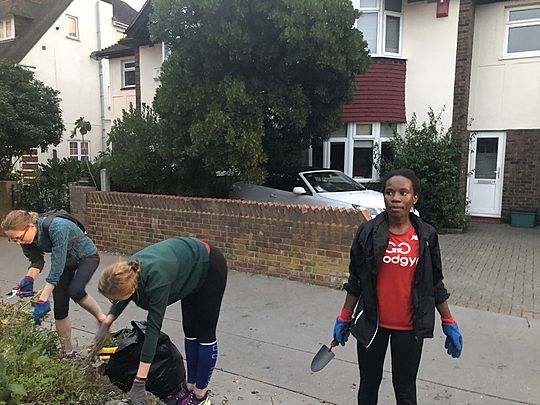 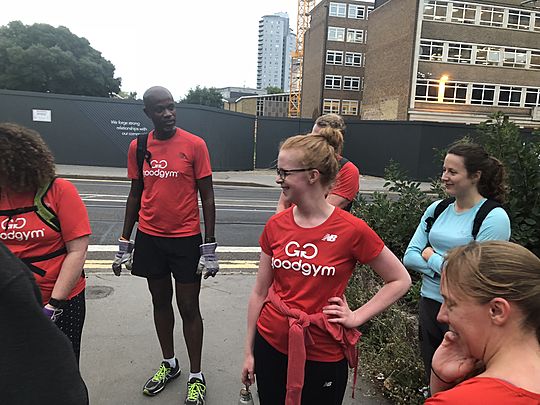 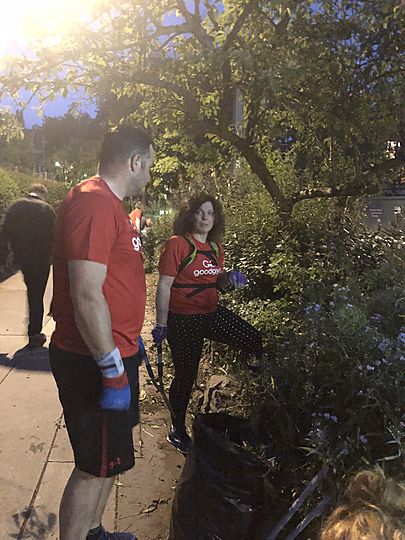 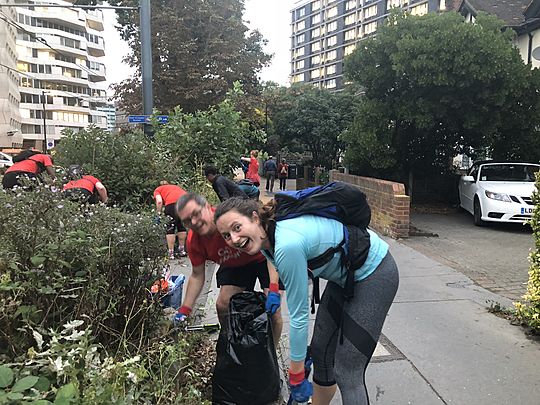 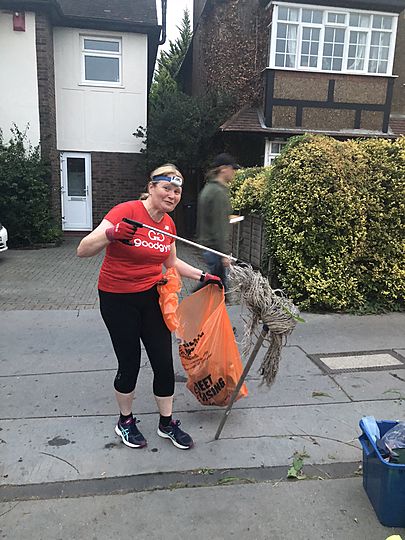 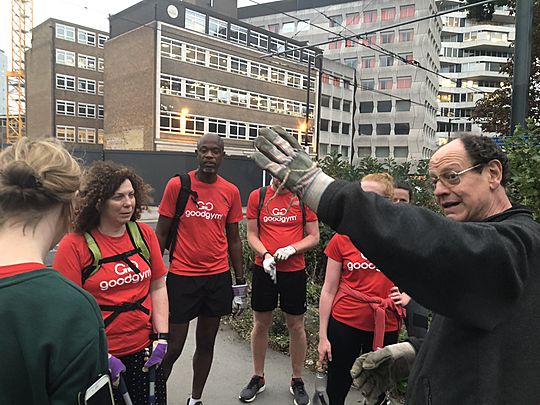 While most of us was at home in London Chilling or doing our regular Sunday routines two members of Goodgym Croydon was in Newcastle flying the flag on our behalf. Massive congratulations to Daniel, Dom and Rachel for completing the Great North Half Marathon we salute you on your acheivment.

Following a fall Ellie have been unable to run, but after missing a few weeks of GoodGym, she couldn't contain the twitch anymore and gave in to her cravens, to join us today. Still following what the doctor had ordered, she arrived at our meeting point early to inform me she would be joining us but as she could run she would leave in advance and walk to the task.

At the task we were met by Jeremy, who talked to us about what he would like us to do, including the record number of bags from previous group tasks. Instructions received we separated into little groups and began weeding and pruning the flower beds. Doing one of the tasks she likes best was Ingrid who volunteered to be litter picker, this time she remained in sight and did not get carried away with the excitement of picking up litter. At the end of the task Jeremy calmly told us we had broken the previous record and set a new record of 30 bags.

Work completed we began our run back to solution where we made a pit stop in the car park of Southern House our new found space for a bit of a fitness session. Session completed we did some cool down stretches before walking back to Solutions to collect our belongings before heading home.

Next week we are off to Unique Roots in Thornton Heath our run will be a bit longer than usual please feel free to walk with your oyster cards the option is is there for you to take the bus either to or from the task or if you fancy running to and from the task that option is there too. Sign up here