Can you feel the leaf tonight? 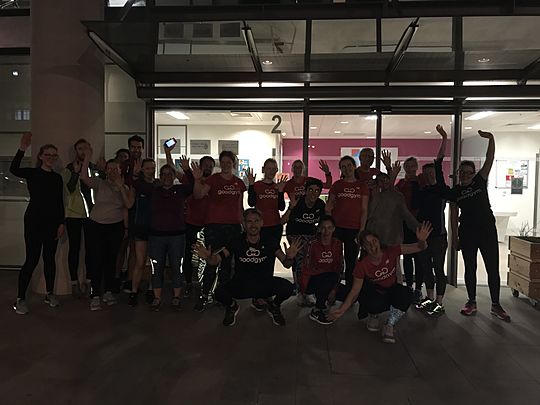 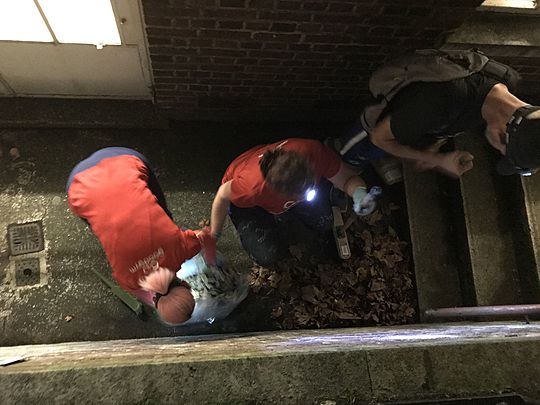 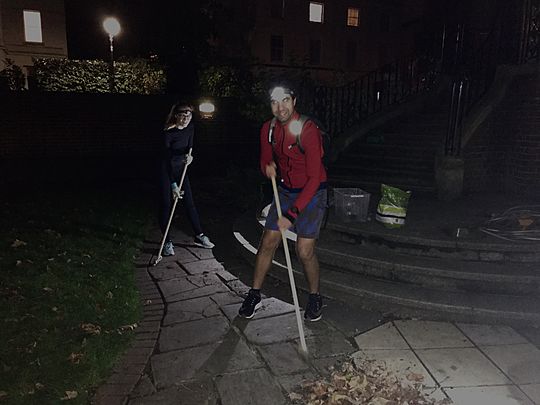 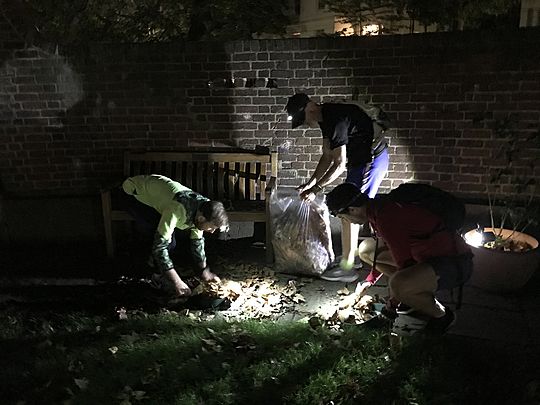 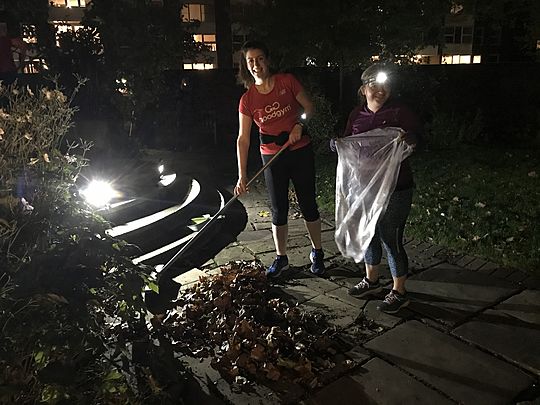 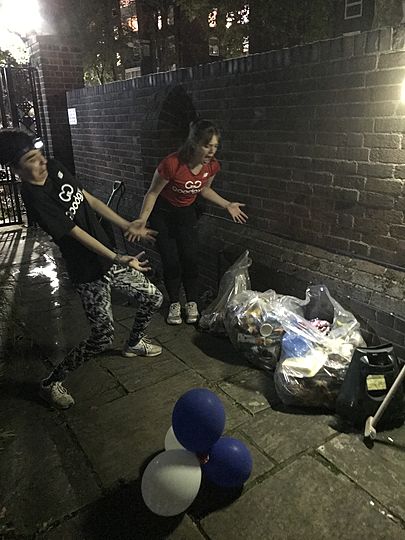 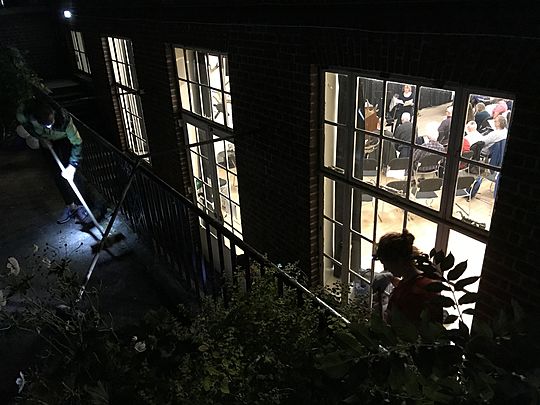 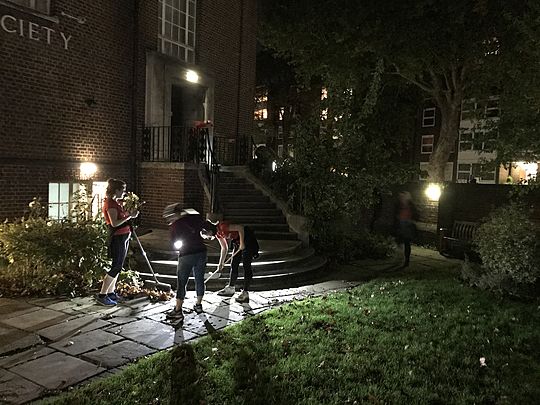 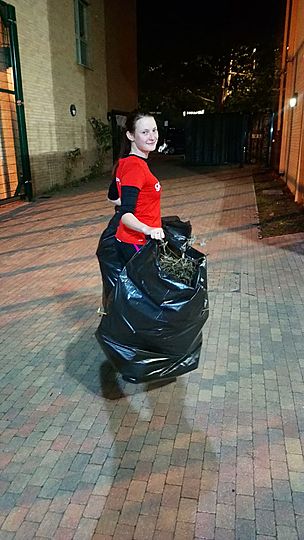 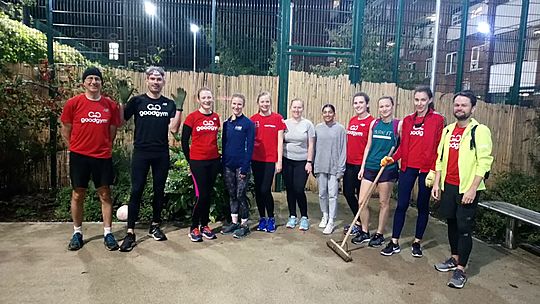 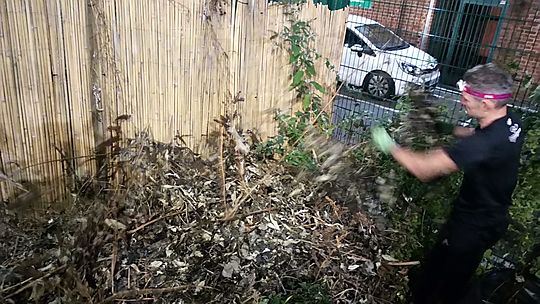 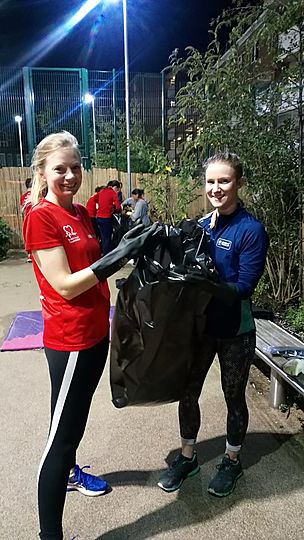 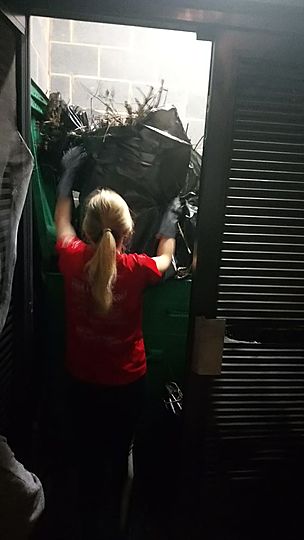 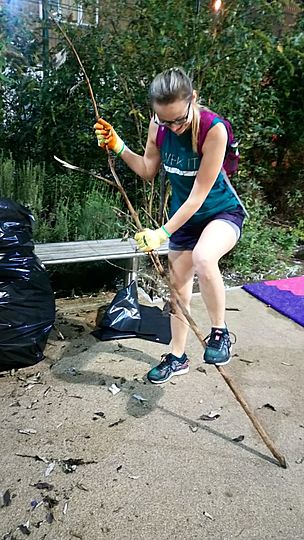 23 of us GoodGymers turned up for a night of do-gooding and running on another rain-free October night. We do run come rain or shine, but who doesn't prefer running in the dry, let's be honest!

After our introduction and our welcoming FOUR new runners (wooooooooooo!) to the Camden ranks with some big cheers and claps - welcome Leanne, Poppy, Abbi and Lucy - we stretched and got ready for the run! I hope you all enjoyed yourselves tonight and will be back at Group Runs and Community Missions with us very soon.

We had a split task tonight, with one team running to the Cecil Sharp House and another back to the SPCA to finish off what we started a fortnight ago. I led the first team to Cecil Sharp and Louise and John took the second half to the SPCA.

After a quick 2km run up the road, we arrived at Cecil Sharp House. Susannah told us a little about the centre and some more of what we were helping with tonight, as a violin lesson and choir rehearsal were going on in the background. They'd just gotten some great news today that they'd won Camden's Best Business Garden and she was doubly grateful for the work we do for them. Well done for the continued weeding, clearing and raking efforts over the months - it's all paid off! We were set about clearing the gardens of the leaves, sweeping up the paths and sorting out their bin - extra big shout-out to CJ and Abi for going above and beyond with their task. If I could award double good deed points, I would. Tidying away 9 big bags of leaves and litter, we'd made the gardens neat, tidy and leafless once more and after a group photo on the steps, we said goodbye to Susannah and ran back to the Life Centre to regroup.

Louise and John's team ran over to the Saint Pancras Community Association to carry on with the task we weren't able to finish last time; sorting and bagging up the rest of the garden waste pile that had been stacking up over the summer. After speedy teamwork and FIFTEEN bags later - excellent work everyone - the job was well and truly finished off. It was time to say goodbye, run back and meet up with the other team.

Thanks again - as we say most weeks now - to Hanry for being the official Camden Headtorch Champion. You're a hero and I'm sure we'll be calling on your help in the coming months.

Next week and other news

NEXT WEEK! We are going to be running to the Ashdown Crescent Sheltered Housing project to give them a hand with keeping their gardens in check. There may well be a fitness session next week, so we'll make sure you keep warm!

A COMMUNITY TASK! Abi never stops good deeding (she really doesn't) and will be back at the Story Garden on Thursday 10th from 5-7pm if you'd like to help them out in one of the polytunnels - a sort of indoor-task if you squint at it for long enough - you can click right here and come on down!

LET'S GET SOCIAAAAAAL! It's almost time for a good old GoodGym social! There's already 29 friendly GoodGymers signed up to the social on Thursday 10th October, so why don't you too? It's going to be at the Islington Town House from 6:30pm - come one come all. It's also a potentially final chance to celebrate International Pun of the Month, as Pritesh is stepping down from this wonderous role. Get in touch with him if you'd like to find out how you can take up the mantle and carry on this hilarious GG tradition.

That's all for now, but I hope to see you all on next week's run.