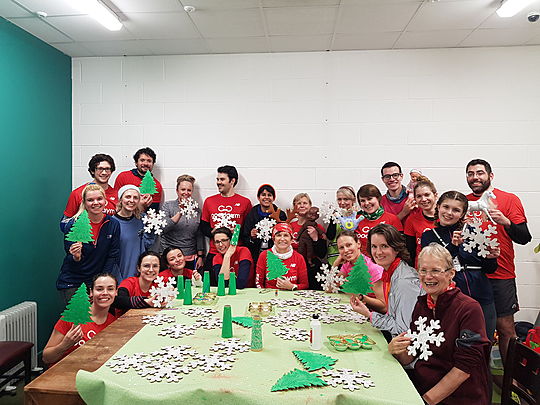 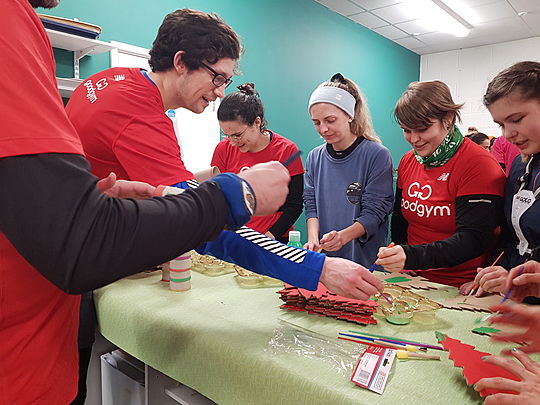 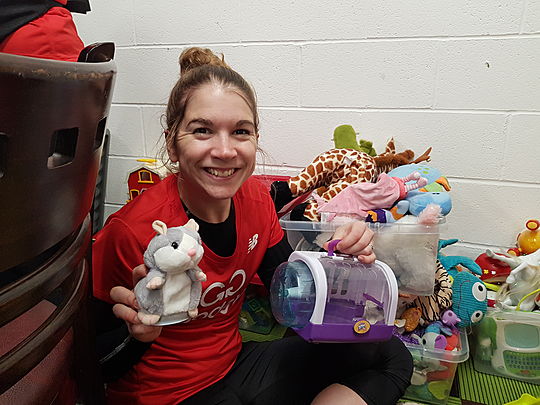 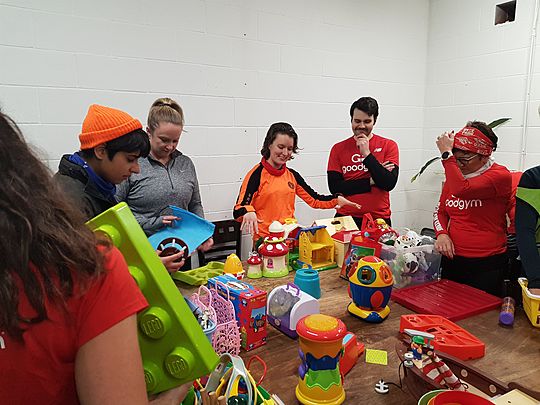 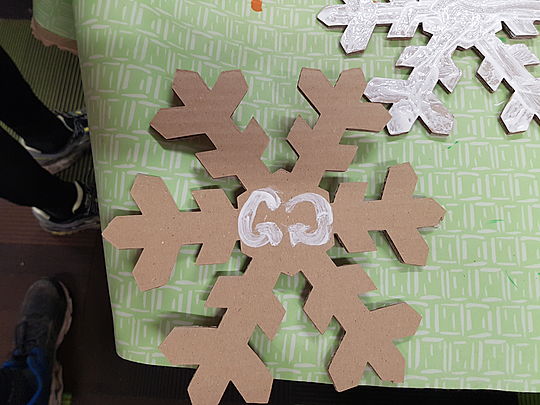 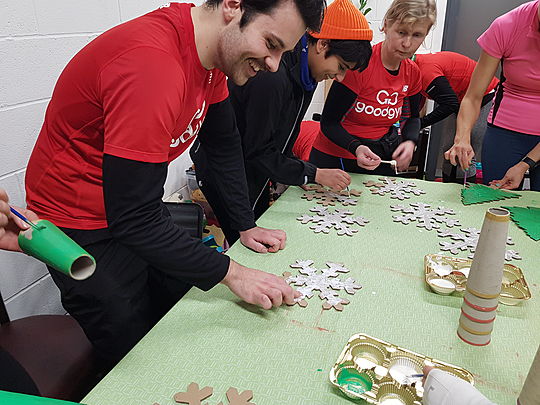 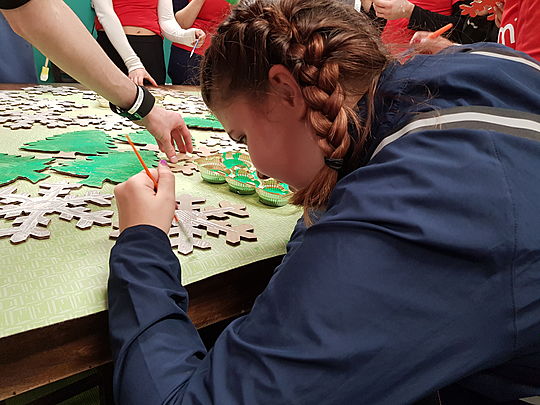 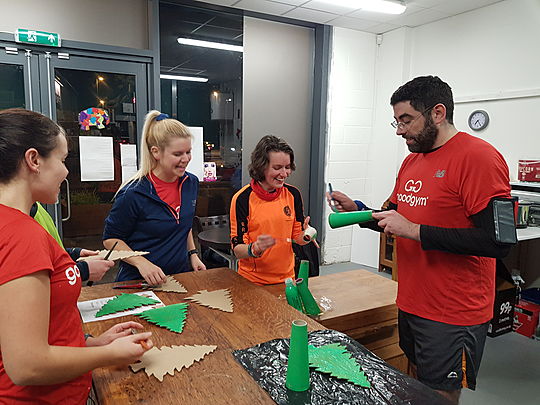 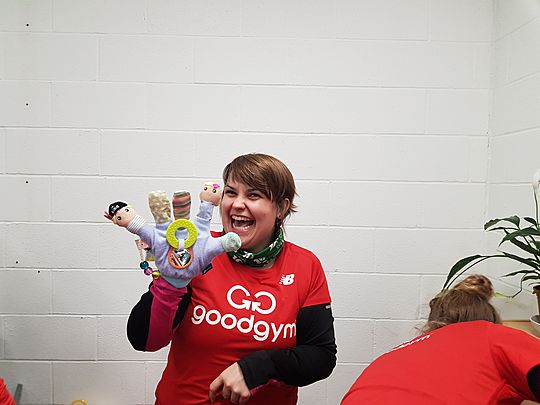 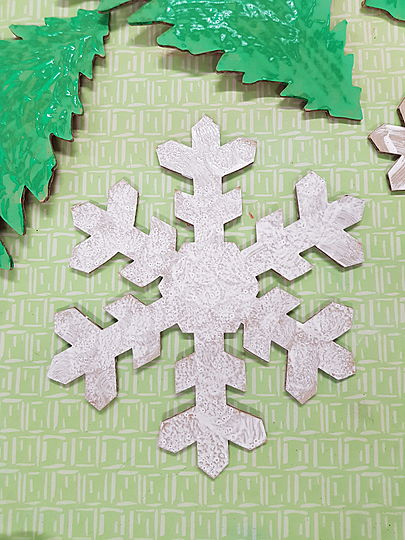 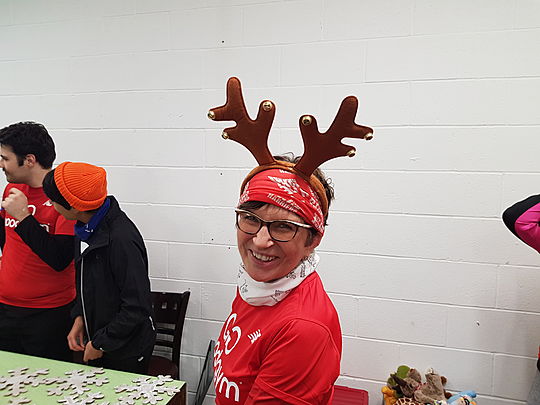 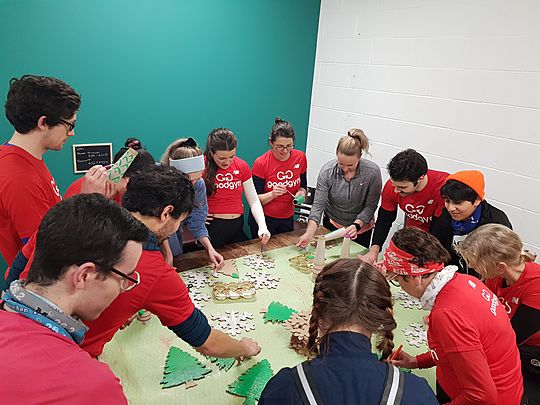 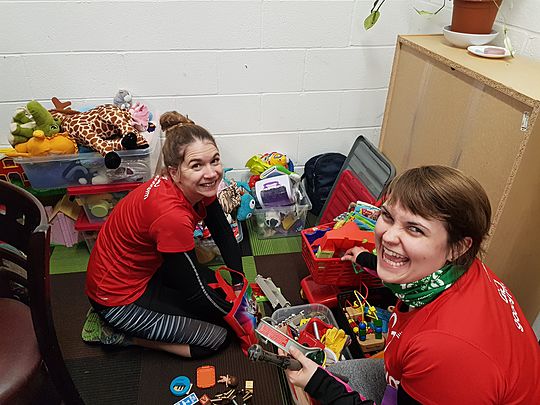 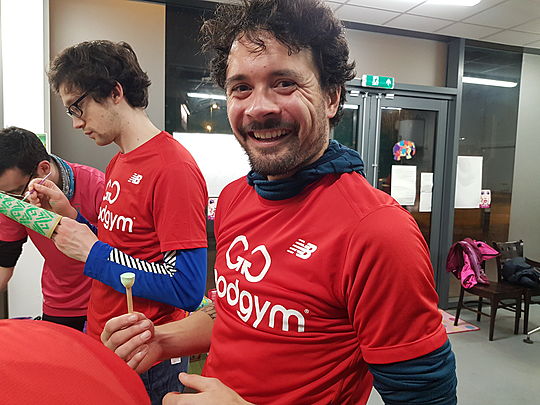 The cold weather has definitely hit us now, but the promise of an indoor task seems to have done the trick and we had a great turnout of 23 runners! This was our first week with no new runners, which is something we definitely have to remedy over the next couple of weeks. Time to start talking your friends, colleagues and random people you meet on a bus into coming down to join us!

There was loads of news to share this week. In just our 11th group run, Leeds has hit 300 good deeds! Give yourselves a pat on the back! Also, our taskforce more than doubled this week, with Carol, Adam and Katie joining the ranks, taking us up to 5! There's also a christmas social booked in for the last task of the year so get signing up to that. Fancy dress is very much encouraged.

With the news shared, we returned to the Big Wave warm-up, with some squats, star jumps, lunges and general incoordination amongst the group. We'll get there eventually!

We headed out by the now familiar route down towards Kirkstall, as lots of tasks have been falling in a similar area. Rach was back running, which is great to see, but she took the sensible option of backmarking on her return.

The run down was a lovely, steady, chatty one, and we all arrived ready and excited for our task. After a late change of plan during the day, we were no longer headed to the Abbey for marquee decorating, but would instead be doing some tasks at the community centre.

We arrived to find a huge table full of toys of all shapes and sizes, some with pieces missing, some looking like they were missing their friends, and some just looking plain weird. Our job was to find all the right pieces, devise a way to sort them and then to put them into big plastic containers. The second task of painting some decorations was hampered by the fact there was a choir rehearsing in the room next door. The gang got on with the job of sorting the toys, first working out how to separate them up, and then putting them all neatly in the correct boxes. In the meantime, Aron tried his best to look choir-like as he sneaked through to collect the painting materials.

"Are you sure you don't want to join in with us?" Choir member trying to get trainer Aron to do even less work.

Aron resisted the temptation to take up singing, and instead hastily repositioned the painting task from the choir rehearsal space to the kitchen and by now the toys were pretty much done! Magic! Everyone grabbed a paintbrush (of varying size and usefulness) and got down to painting. Some techniques were questionable to say the least, with some people resorting to finger painting, and others pouring the paint directly onto the decorations.

"I call it the squirt and smear method" George.

With the Christmas tunes playing, and everyone squeezing into any available painting surface to finish their masterpieces, there was a lovely atmosphere. Two GoodGymers were not quite satisfied with the sorting that the group had done with the toys, and set about making some small tweaks (or possibly just playing with the toys). Heather found herself a hamster that she looked pretty pleased with, while Rach looked for the creepiest toys she could find.

"I don't really like dolls, to be honest" Rach, with a shopping trolley full of dolls next to her.

With both tasks wrapped up we paused for a quick photo with our creations (and creepy toys) before heading out into the night.

There was just time for a quick round of Sally Squats, with the group not believing that the song could possibly be that long. Sally squats will return, and next time we're going to get the whole way through the song!

The run back up the hill was steady on our already-burning quads, but a few pushed on for a speedy finish.

After a quick stretch and a debrief, we headed out into the night, already excited about getting even more Christmassy next week!

That looks like a brilliant task! Nice work on strong TF too 💪💪