Are you KITTEN me right MEOW!

7 runners ran on a training session in Redbridge. 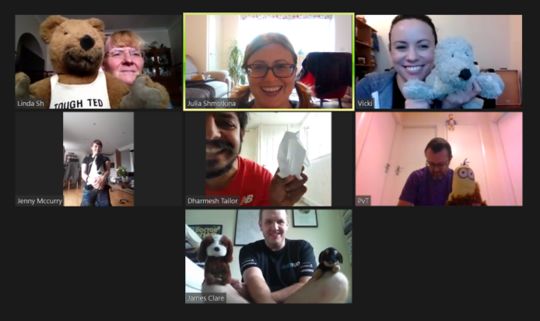 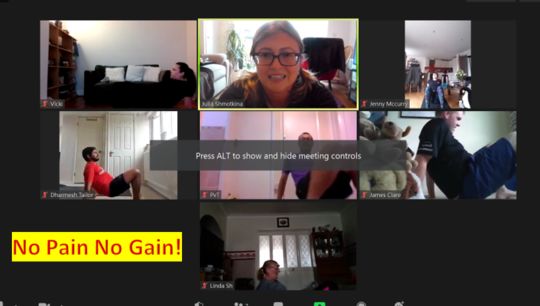 Another sweaty session, one might even say it was a bit RUFF!

There were some technical issues with Julia (and her Ginger mascot cat) locking herself out trying to take a screenshot in the beginning… Oh DEER! 😊

Impressive array of mascots that our very grown-up group has brought to the Animal themed Monday session (why not?): - Linda and Tough Ted almost couldn’t BEAR the crunches but did it really WHALE! - After some unusual screenshot angles, Dharmesh managed to show us his origami penguin, whilst Jenny brought a somewhat Plump Perry the Penguin – isn’t it cool! - I hope it’s not too despicable of me to say that Peter did look a little bit like the Minion (Crunk) he brought with him (the glasses!)? that really QUACKed me up! 😊 - James balanced puppies on his knees and that was just PAWsome! - Vicki’s Joey the Seal can be warmed up in an oven to cuddle up to at night, and I didn’t think it was SEALly at all 😊

Was really great to see Chi Nwa for the first time saying a quick hello – it was TOADally awesome!

Alright, time to get OTTER here and grab some dinner! Stay PAWSitive all 😊