Are you Februready for this?

5 runners ran to help the Birmingham Central Foodbank in Birmingham. 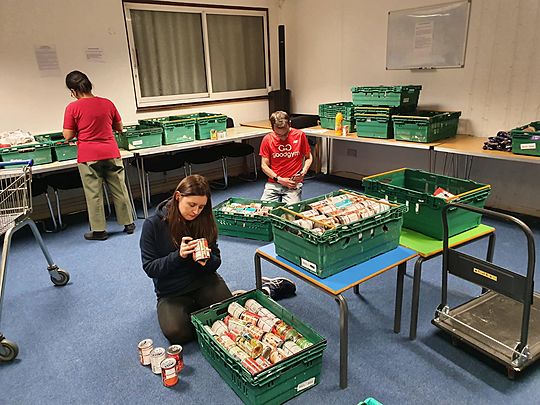 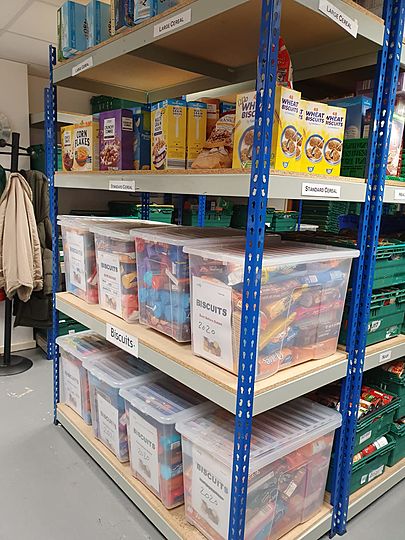 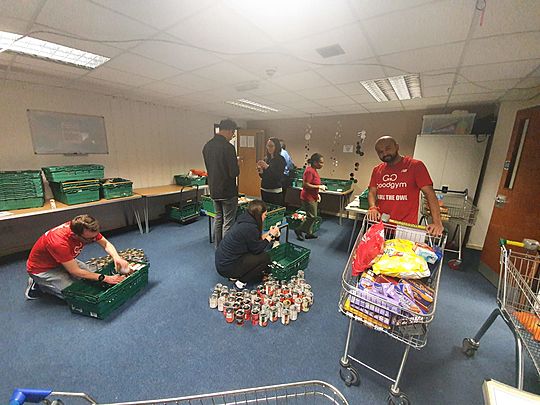 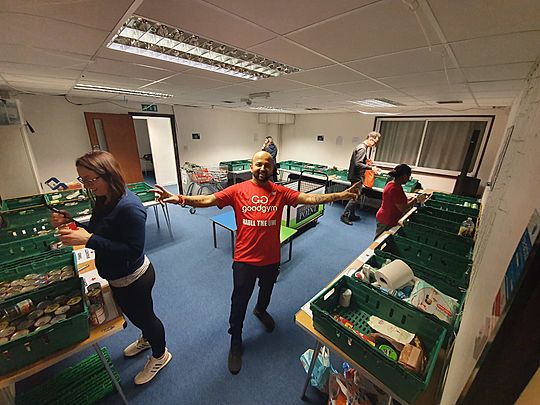 A night of great surprises began with Ivo joining us, after a day of official GoodGym business in Birmingham. Tousif began setting up the room with the night manager and church volunteers while we waited to greet Louise and Rauul. As Ivo had seen some of his running escapades on Twitter, we began to tell Louise about Rauul's 52 half marathons in 52 weeks target, as well as his medal collection.

We then set about showing Ivo the myriad of tasks as we weighed, sorted and dated donations ready to be given out to families. Not before we had the other surprises of the evening, as task owner Luca beamed in via video message to the night manager to explain the huge towers of crates in the back room. We watched as he explained that he would have moved some of them, but his “knees are pretty bad and there’s some strong guys” helping tonight.

So, after exchanging blank looks at each other and searching for the “strong guys”, we took a look for ourselves at the situation. It turned out to be a mentally heavy as well as physically heavy task as there was a few walls of mixtures of items which hadn’t been either sorted, dated or both.

We did what we could, which turned out as usual to be an amazing amount, leaving some of the towers for sorting another time as we had already put the sorting tables away. We made sure all the shelves were stocked ready to give out food and it is great to see the amount of donations coming in.

As we got to the end of the night, we set up the cafe, where I was able to tell Ivo how many times I have plagiarised his speech, to explain to the non GoodGym volunteers how this began and what it is all about.

After doing a last bit of sorting and putting the bins out, it was time to say our thanks and goodbyes, with none of us from Birmingham having the length of journey home to compare with a London commute.

We’ll be back again next week for a community mission which is already full, and we know it will be busy with those walls to contend with. If you want to join in, sign up for Foodbank missions on 17th February, 24th February or 2nd March.

Thanks for joining us Ivo, was lovely to meet you #FeelingInspired

Great to see you today Ivo...... another amazing mission John :-)