10 runners ran to help the ODP parkrun in Richmond. 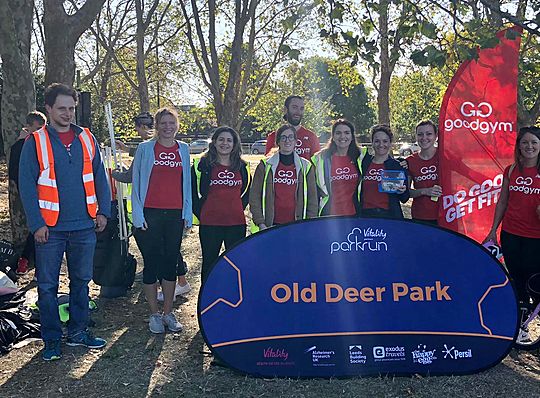 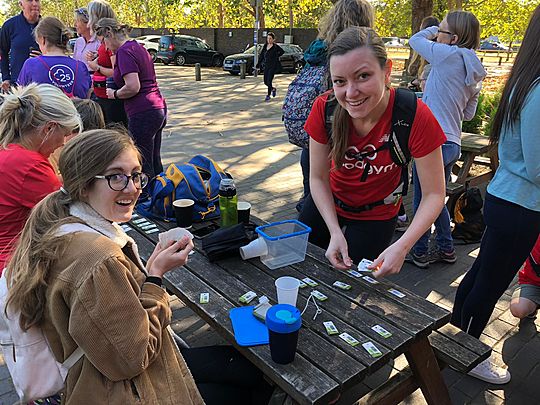 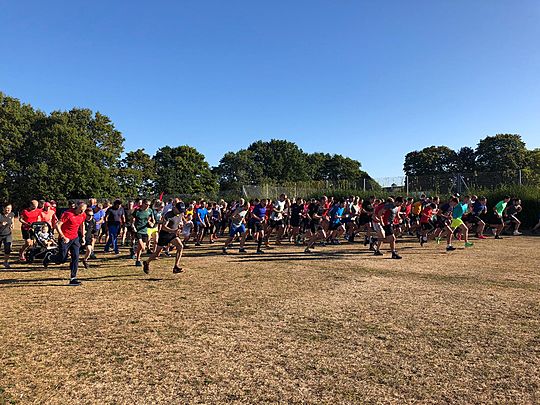 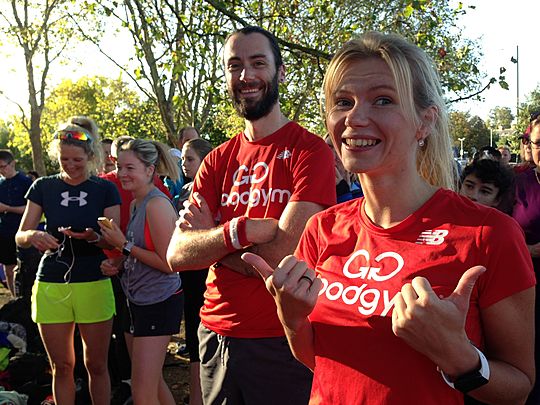 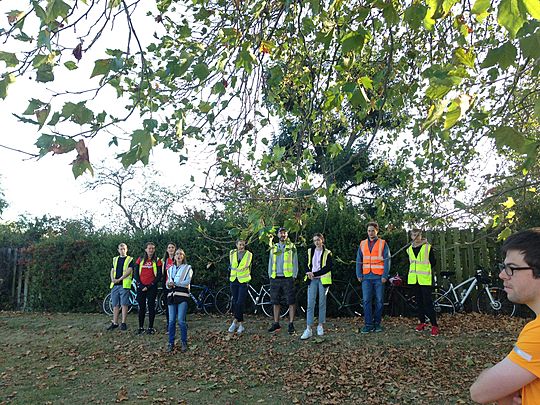 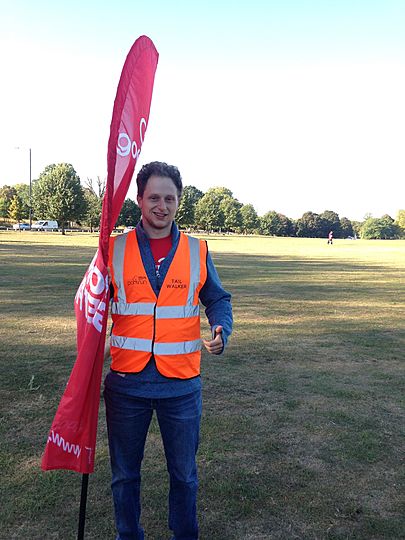 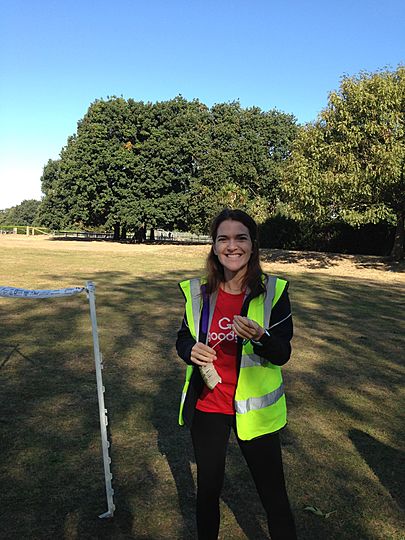 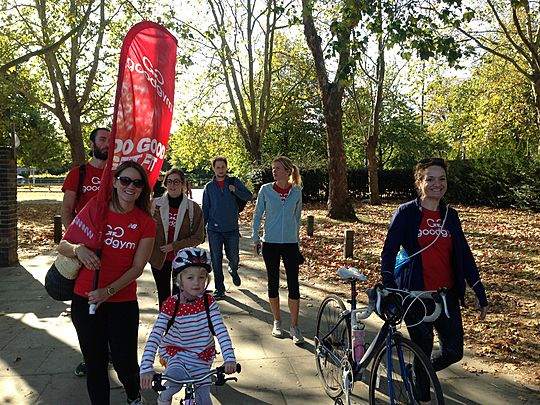 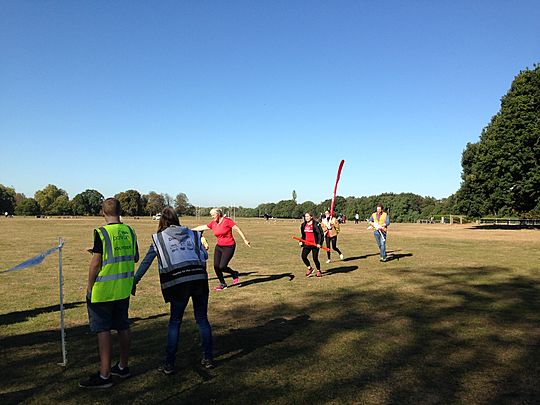 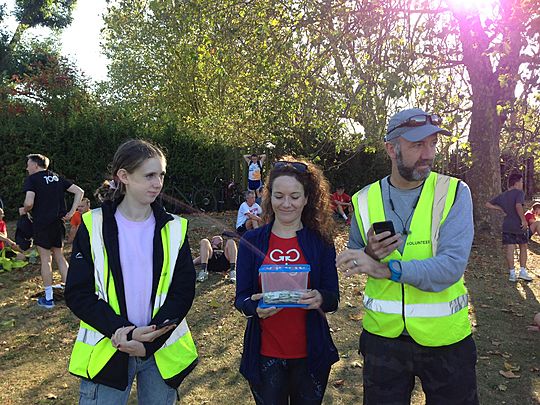 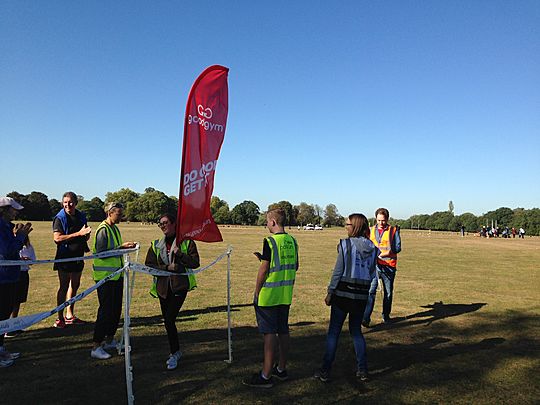 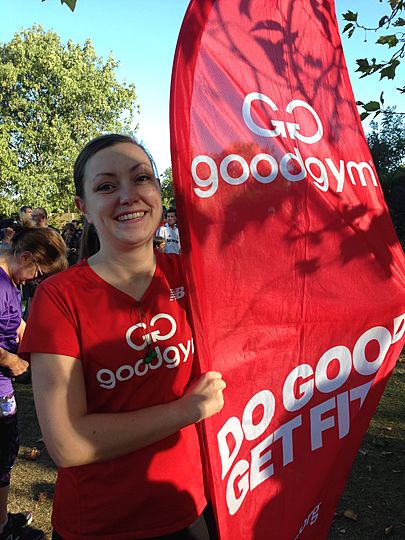 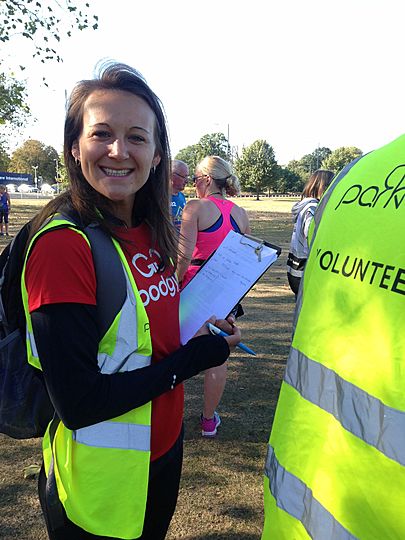 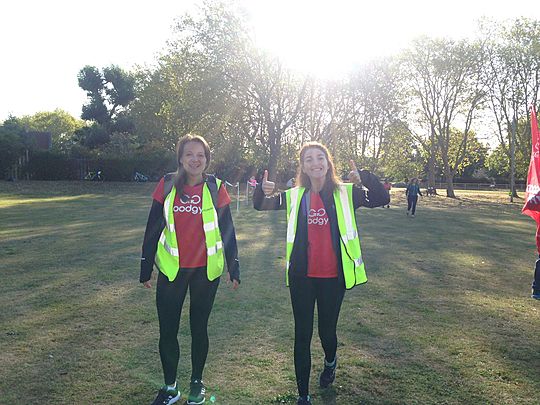 On a beautiful sunny, blue skied morning, 10 runners met at Old Deer Park (ODP) to volunteer and run at parkrun. As we all gathered at the start area, there was much excitement about #GGSuperSaturday and the 3 missions we, at Goodgym Richmond, had planned.

Lenka got us off to a great start, as she was in charge of the Pre-Event Setup. She set off around the course, to mark the corners with stakes and arrows, so that everyone knew where they had to go.

Laura and Africa followed, to stand at corner's on the course, making sure everyone was going the right way. The run director called everyone together for a quick briefing and I was given a few minutes to talk about Goodgym, our tenth birthday and what we do. We let everyone know we'd be staying for tea after the run and promised to be on hand to chat to anyone who wanted to know more.

As everyone headed to the start line, Adam our tailwalker, took his place at the back of the pack, in true Goodgym style, making sure no one got left behind. He even carried the Goodgym flag aloft as the run set off! With David, Lenka & Kate running the course, our remaining Hi-vis heroes were left to find their places before the first of the runners started coming in.

Jen (wo)manned the finish funnel, helping to hand out the finish tokens. T was number checker, making sure that the timers & finish tokens were in sync whilst also noting down any missing or unscannable barcodes, and Salwa was given the very important job of collecting in all the finish tokens once they'd been scanned.

Out on the course, Laura & Africa did a wonderful job of encouraging and supporting the runners on their way round. As the course is made of of three laps, we had plenty of opportunity to see them, which was great!

Well done to David, who came second, and Lenka, who was the second female. We know it's not a race, but you two were flying! Before we knew it we were clapping in Adam and the run was done.

Christina, having been sent round the houses by google maps, turned up just in time to help us pack up the equipment and carry it round to the cafe.

At the cafe, we got drinks, chatted to some of ODP's regular parkrunners and admired some of the lovely parkrun dogs. To Jen & the run directors delight, we also went the extra mile and sorted the tokens!

We finished just in time to head off to our second mission of the day... all in all, a 'Runderful' start to #GGSuperSaturday.