6 runners ran to help their local community in Redbridge. 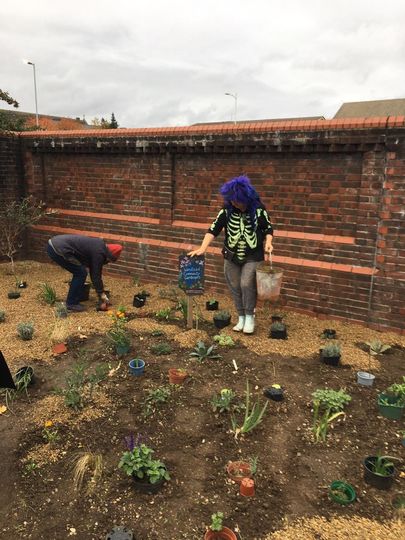 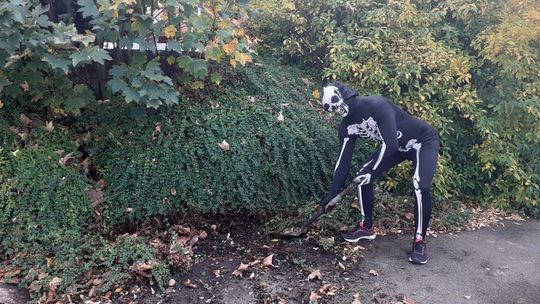 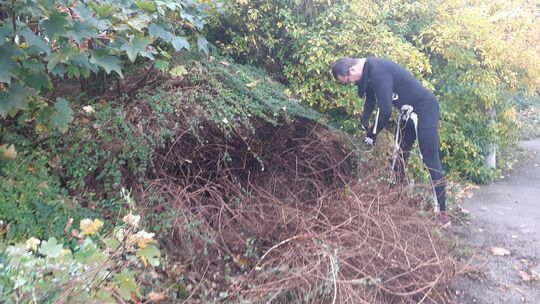 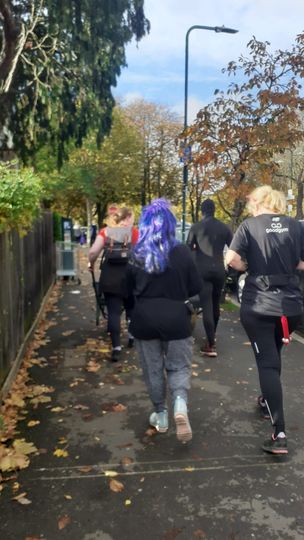 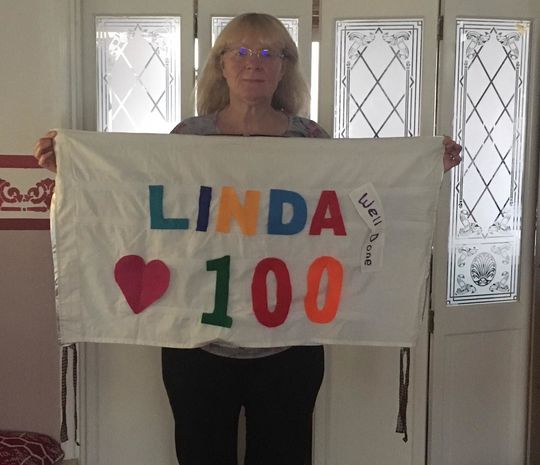 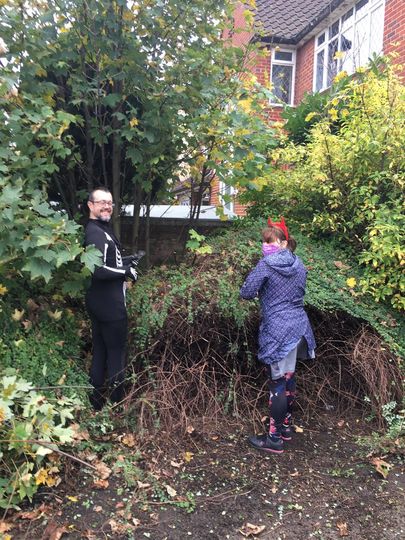 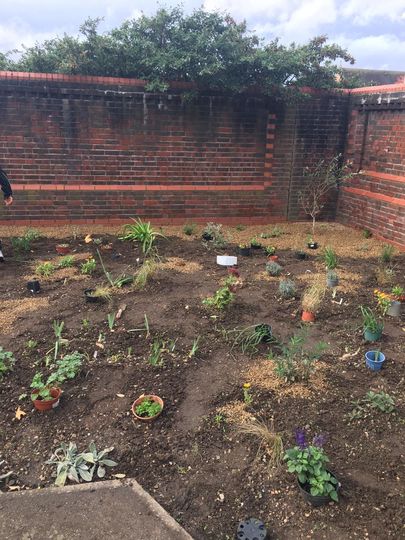 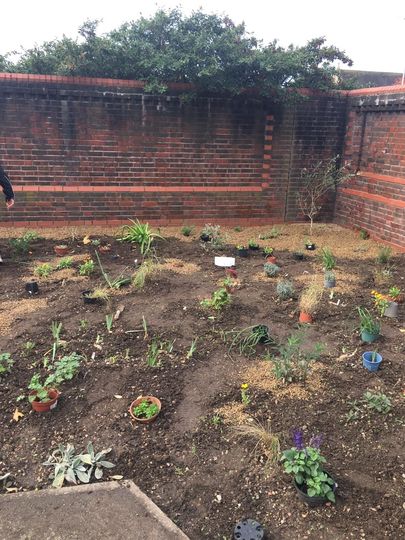 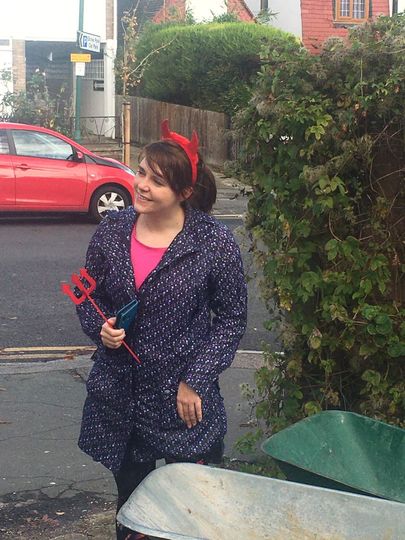 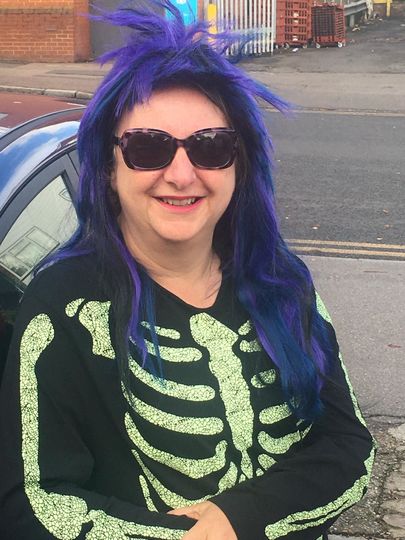 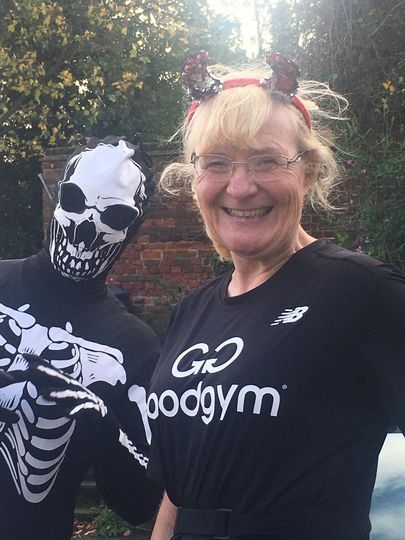 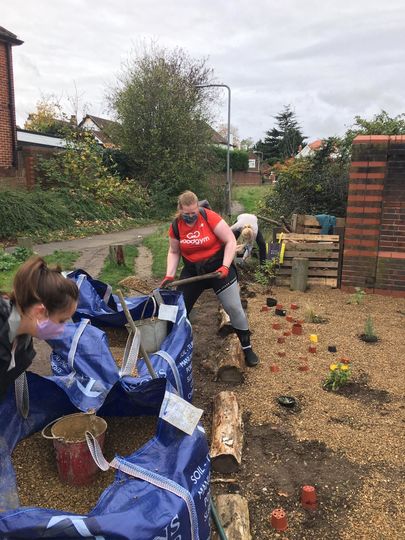 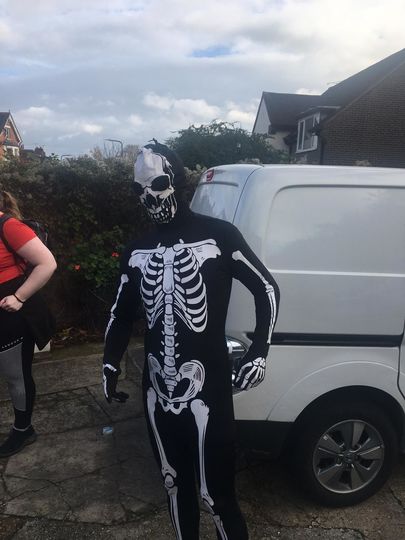 When it is the 31st of October, there is little choice but to pay some hommage to the fenomenon of Halloween! So 6 GG'ers assembled in a variety of halloween outfits to sort out a load of gravel for the Wanstead Community Gardeners.

Walking down the road with a couple of wheelbarrows (one had a suitably squeeky wheel) there were a variety of reactions and looks from the locals, especially the smaller kids were taking in the spectacle. After a little detour (there was more than one gravel job on the books...) we managed to locate Marian and joined the rest of her team already busy with the next step of the 'Belgique' plot - a forgotten corner on the Green. Previously some plants had been put in, more had followed since. Today's task involved spreading the big bags of gravel amongst the plants. This serves a dual purpose, both looking great as slowing/stopping the weeds coming through. As a side job, Marian is looking to put in a bench along the (half disappeared) path, requiring a large bush to be gotten under control - over 2 feet into the bush the edge of the path was not yet reached.... it will need more visits to get this under control it seems

One of the passing locals stopped to expressed his admiration and appreciation for the work done, which in turn was very much appreciated by the team!

As if by appointment, the rain started at 11. It didn't do anything to dampen the spirits, but did get everyone wet and made some of the tasks more tricky. With all the cuttings in one of the empty gravel bags and the others stored out of the way, it was time to find some shelter and move on to part two of this spooky adventure.

P.S... it involves Linda's 100 task celebration - give her a cheer for reaching her wings!!