8 GoodGymers made their way to help the Lambeth GP Food Coop in Lambeth. 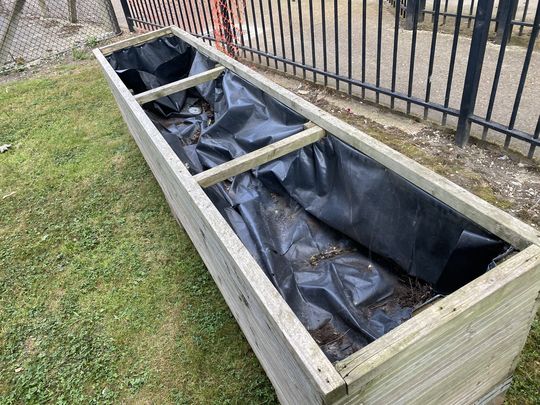 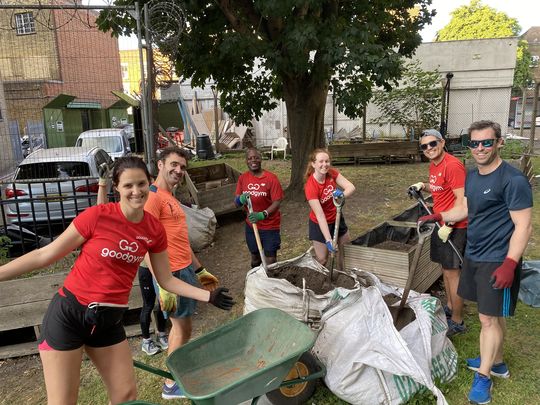 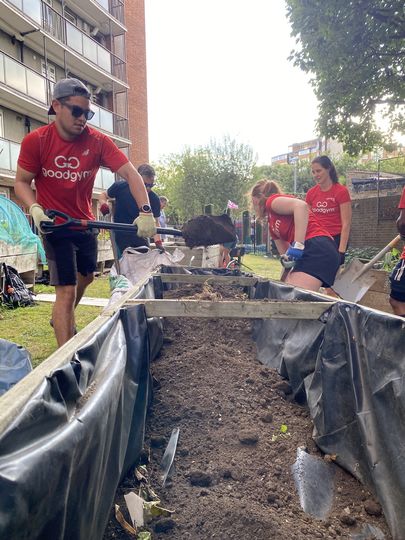 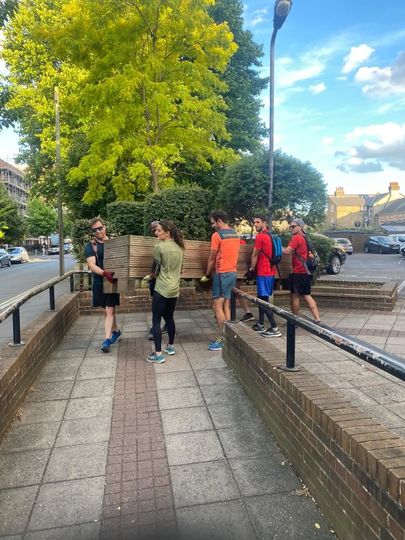 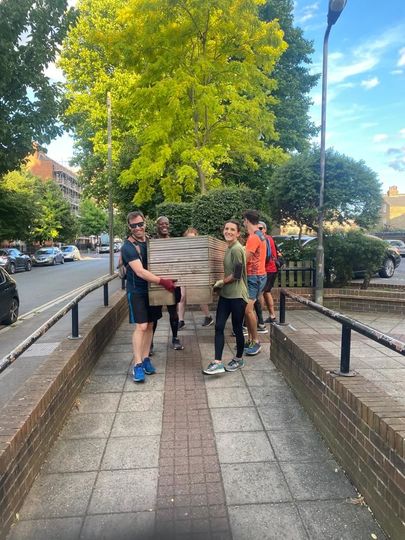 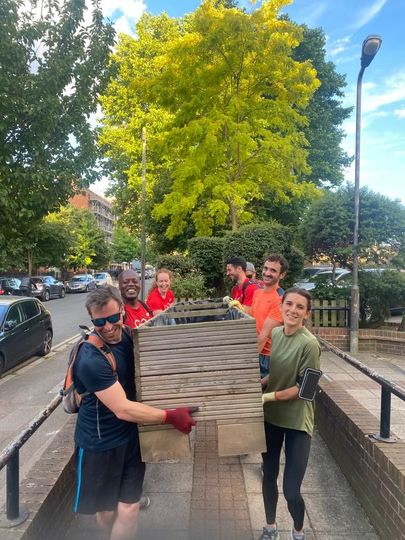 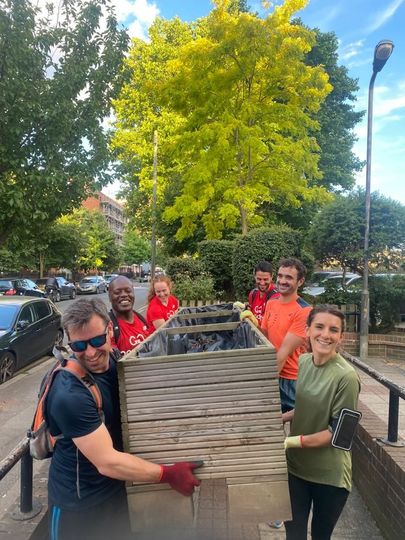 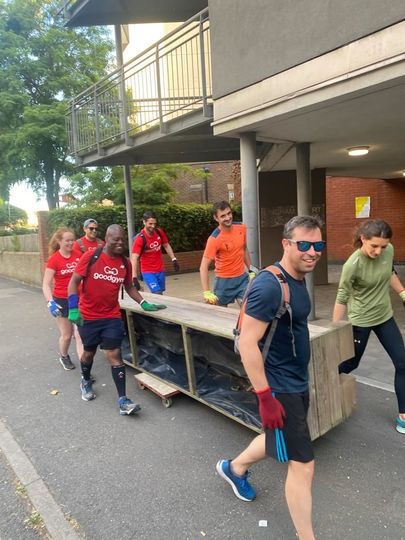 Arriving at Papa's this evening it was PARTY time! Valcie our lovely host and manager of the Park and Cafe there had booked in a summer party and we arrived to great music and Caribbean cuisine cooking up a storm. 💙

The Lambeth GG community is nothing if not committed to our cause but we were sorely tempted to pull a sickie from the evening's task and grab some Jerk Chicken and rice, a nice cold beer and sit chatting in the evening sunshine.... but of course we didn't. 🌞 Maybe it was the fact that some runners hadn't warmed up their hips for the dancing or maybe we really didn't want to let our friends at Lambeth GP Food CoOp down - but either way it was warm up time with music playing in the background and even a few special guests - with some of the children playing in the park joining in!

In that spirit we discussed our favourite drink or beer, sought out ways to say 'cheers' in different languages and once stretched, warm and linguistically ready we headed to Grantham Road surgery. 🍻

Jonathan met us at the surgery and Sarah had led us round the back to where three enormous planters were waiting for us with each of these needing to be carried round to Swan Mews gardens - a short walk but more challenging when carrying hundreds of kilos of planter....

Just as we had maneuvered the three planters round the building (and Aimee had found us!) and realised how heavy they were the concierge of the apartments came out like a knight in shining armour and offered us the use of a flat 4 wheeled trolley. This was a life saver.

It was noisy, the pavements in Stockwell are awful but with Joao bearing at least half the weight on his own we got the planters round and settled into position in Swan Mews. 💪

To end our task we had two 1 tonne bags of soil to shovel into the planters ready for ... well planting ... and this was done in no time at all. The team grabbed shovels, a wheelbarrow even a plastic flower gatherer and we had the soil shifted and flattened (VERY IMPORTANT guys) in less than 10 mins.

Then it was photos, farewells and promises to see each other again soon, before the short jog back up to base where the party was still going on. What took place after the session?? Well what happens at Papa's stays at Papa's - see you next week all! 🔥