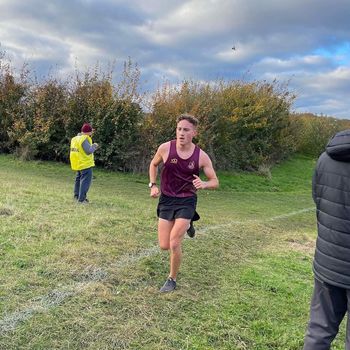 Keen runner who is excited to help the community

Block or report Will Lynes

The call went up from Rosie not only one of GG Newham but deputy head at Plaistow School a delivery of furniture had arrived and could we help put it together. We do like a school visit

Sadly Brahama was unwell so asked Kev and I to lead this weeks task.

The fast group arrived,split into teams and started the build......after a couple of wrong turns and meeting Paul on route the rest of the team arrived.

After locating some additional tools units and table were completed we headed back in to the extra chilly night for our Christmas social.

A few faces missing so may have to arrange a New Year celebration.

Will Lynes signed up to a group run.

Do good - Get fit

Will Lynes signed up to a group run.

Do good - Get fit

Mad As A Box Of Frogs

Seven chatty folks congregated at base, such was the gushing flow of conversation it was a challenge to get to the traditional weekly question in " what's ostensibly nice on the outside, but rotten and bad on the inside?" Food seemed the obvious answer: cheese and onion pasties, soft mushy apples shining bright, dry tangerines. We also had: my twin brother, trickle-down economics and Rishi Sunak. A solid array of food preferences, economic theory, political distrust and familial mocking in one fell swoop.

A midweek dose of covert group gardening, under the darkness of tree canopy and a fallen sun, the team set about the eleven tasks swiftly. Team Prince chopping and harvesting the succulent cherry tomatoes. Hils and Will did a solid stint on the compost turning, trying not to impale the frogs living there. Rosa smashed through the watering task...she didn't even scream once due to spiders, oh no wait, she did. But hats off for facing the fears. Charlotte, did a bit everything, swept a few leaves, pulled a few courgettes out and ate a few tomatoes. You can't hold her down, like a talented number 10 that needs freedom and support to express themselves.

Well in guys, you did manage to complete all the jobs with plenty of time to spare. Next week we head to Nomadic Gardens for our second session, sign up here

Will Lynes been Mission Verified. 🎉

Will Lynes been Mission Verified.

Congratulations to Will who is now Mission Verified. They're now ready to start running GoodGym missions to help older people and running alone to community mission. Give Will a cheer to kickstart their mission running career.

Will Lynes done their first good deed with GoodGym. 😎

Will Lynes done their first good deed with GoodGym.

Will is a now a fully fledged GoodGym runner. They've just run to do good for the first time. They are out there making amazing things happen and getting fit at the same time.

Half the clan assembled outside a blustery Jim & Tonic, I arrived exactly at 6.45pm and felt late, as unusually wasn't the first there. We welcomed Will to his first ever GoodGym experience, a Forest Gate local, environmental scientist and keen runner - glad to welcome you to the ranks. But the new faces didn't end there, we had the pleasure of embracing Pete to the fold, Siobhan persuading him to join, daring enough to introduce him to her mad Wednesday crew, cracking to meet you mate!

We skipped through a Random Weekly Question, a topical one "what decisions have you made a u-turn on?". I commenced proceedings, explaining I'd done a 180 on ebikes,figuratively that is, feel a bit like a charlatan as a PT, but I'll add that to the list. Will decided to start riding a bike in London, whilst Siobhan has decided to stop, temporarily - and understandably. Ruth now tolerates aubergines to ingratiate dinner party hosts, whilst Rosa has decided she doesn't loathe 26.2 miles, but in fact wants to do another one. Finally, Pete has recently become a fan of the gritty high-tempo beats of the 90s, also known as Garage, oh take me back...

On arrival at Up Garden, the rest of the team had already been put to work by the inspirationally well organised, Suzanne. Looked like they were moving some kind of trough filled with sand, and it didn't look easy, we crept through the darkness in search of another job, shed swivelling, you might call it. After an impressive team effort we managed the get the shed flush in the corner, under a plastic grate, however, there are concerns over how level it is. Hopefully can be propped up in the light. Swiftly moving on we moved five or so benches to a new zone. Then onto the sleepers, which I feel we've had a lot of practice with of late. Another fine team display of hoisting the weighty wood in position, then sliding it tight on to the next one. Some levelling work was done in order to lock a couple in place. These words, as usual, don't do the effort justice. I did however forget how effective a unit we can be when we get enough numbers, a thing to behold. Would love for us to work back up to twenty per session, that's the long term goal.

The Garden officially opens it doors on the 30th of October. I'll share info in our whatsapp group. Exciting.

Next week we head to Get Out Garden, more community garden action, for the youth charity based in Tower Hamlets. Sign up 'ere

Till next time you beauts,