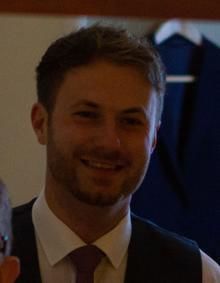 Seeing the trees through the forest (Tall grass technically, but it was very tall grass)

Holly, Mary, and Rob spent the evening helping the young trees deal with the heat! A little miscommunication in timings gave us the chance to have a half hour fitness session before the mission... A chance we did not take up, and instead sat on a bench admiring multiple dogs (Mary very nearly got away with taking one specific spaniel home). After falling in love with a range of different dogs we met Sally from Bath council and got on with the task. The trees were surrounded by overgrown grass which needed to be removed and filled with mulch to give the trees a much needed break from the nasty grass. Brickfields park was teeming with dogs and humans whilst we worked under the evening sun. This gave us the chance to have some great chats with the nice dog owners, as well as hide in the tall grass when the not so nice dog owners wanted a chat... A fantastic evening with great company! (apart from the one person who informed me how many times they'd wrote to the council about the trees...) 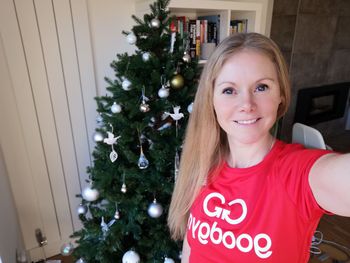 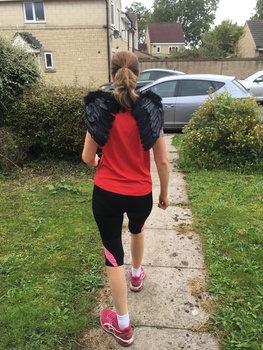 The Great British Rake Off

A thankful return to normal British weather meant we were able to accomplish the mission without searing heat. Instead we basked in drizzle and grey skies whilst raking freshly cut grass. Dan, Ellie, and Rob helped the team at Lyncombe hill fields to rake back the grass to encourage wildflower growth on the hillside. This helps to encourage local wildlife as well as looking far nicer than just grass. In fact, it was so nice that multiple dogs took the chance to do their business in the freshly mown grass, whilst we raked, and transported grass onto the giant mound (not the type of wildlife we were trying to encourage). We had a far nicer time than this write up makes it sound and would be happy to go back and do it again!

Improve the park for the community

It’s not something we often do at GoodGym, but this evening we took the wrong path.

I mean, we literally took the path, dug it up, shovelled it into buckets and wheelbarrowed it off to a storage facility.

They’ve been doing a lot of work in Sydney Gardens in the past couple of years. Installing a wopping new playground, loads of other grounds work, Network Rail are still working on some walls alongside the railway, and a little path has been installed by the little temple structure at the top end of the park next to the tennis courts.

Only the path was put in the wrong place, and doesn’t go anywhere!

The path itself was easy enough to dig up, but needed to be taken the full length of the park, bucketload by bucketload, all the way down to the storage yard round the back of the Holborne Museum.

Between us we managed to get about half of the path moved… but have left a bit for the rest of you lucky people to have another go at in a couple of weeks time!