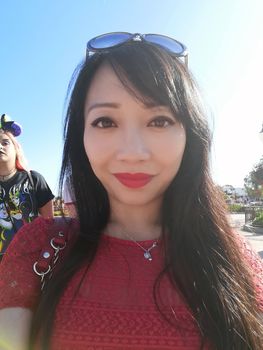 Yasmine just completed a six month streak of doing missions. That’s so many bags of garden rubbish cleared and jobs done to help someone out and put a smile on their face. Give Yasmine a cheer to encourage them to keep up the good work.

It was a cold and crisp spring morning that greeted us - luckily none of us had to tangle with snow! A few of the goodgymers had been at the foodbank the night before, so for some, it was like they had never left! Kudos for the dedication there indeed.

Tins were flying off the shelves faster than the team could restock! Inspired by celebrations, dates and Easter eggs were abound. I'm sure that the families who received them would be appreciative.

Post packing duty, a few stayed behind to tend to cardboard box deconstruction as well as delivering a few parcels direct.

All good all, a great way to start the weekend!

The mutual aid food bank is in need of some helping hands to help prepare and pack food packages for the residents in need.

Any help is appreciated!

As always, you're encouraged to walk/run/cycle to the mission and back, if that's available to you

Yasmine is part of a crowd that's making a huge noise. Yasmine has been cheered by 25 people - that's a round of applause just on their own. We hope they keep it up.

Apologies in advance for what might end up to be a little bit of an essay... but please do read and stick with me, it is important to our little GG family here:

To be honest, I am not sure exactly when or how the connection started, but it was way back at some point in 2020 when the Goodgym Redbridge crew heard about the local Mutual Aid food banks being set up. It goes without saying that there was no hesitation in getting involved - helping out people in need is pretty much the reason Goodgym was set up for!

A couple of locations around Woodford later, the Foodbank (yes it deserves the capital F in our eyes) settled down at Frenford Sports Clubs, where main initiater Genevieve teamed up with Frenford chief Irfan. Since, an incredible team of volunteers of all ages/sizes/abilities etc has been getting stuck in to sorting out donations, organising stock, sorting food package, restocking shelves, delivering packs and so so much more, every week something to do, no let up since. All of which led week in week out by the magical duo of Gen & Irfan.

Modest as the two of them are, they just got on with the job, ignoring anything that got in the way of helping out Redbridge residents in need. Again a reason why the Goodgym family fitted in so easily and smoothly, in awe of their dedication and effort, what else could we do but support where we can?

Someone did however notice the selfless dedication of these two humble residents... and dropped a hint up the chain towards Her Majesty (yes, I am referring to the Queen)... It might not come as a big shock to those who know them and the work they have done, but in the last round of honours, both Genevieve as Irfan got awarded a B.E.M.... a real British Empiry Medal !!!!!

Testament to their selfless attitude and modesty, neither actually mentioned the honour and just got on with the next round of things to be sorted. But as things go, such secrets cannot be kept for long, so the information leaked out, the word spread during last weeks packing session. Ofcourse such an occasion could not be led slip by without some attention, so one member of Gen's regular crew organised a little cake & cards for people to sign. These got handed to Gen on this mornings session, where several members of the GG Redbridge crew happen to be present.... nothing to do with the word of a film crews presence ofcourse!

Genevieve's speech when presented with the cake etc typified the incredible person she is (sorry, words don't quite do her justice, come and meet her on a session instead), thanking the people supporting her efforts as the main power, even though all of us are only there because of her energy and enthusiasm!!

To cut a long story short, although we were initially there representing Goodgym to honour Gen & Irfan, it wouldn't be a normal Goodgym visit if we didn't get stuck in with work along the way - sorting/clearing crates of deliveries, restocking shelves, and as main focus, re-organising the storage, all with making the next round of food packing & delivering easier in mind. As always thanks to those able to pop down on such short notice to join me, James & Yasmine this time, but sooooo many other GG faces over the weeks and months as well, too many to mention here, Genevieves heartfelt thanks does extend to all of you.

P.S... honourable mention to Marcello, very much a driving force in the foodbank as well, just as humble as G & I.

P.P.S... did I mention all of the above is done by volunteers and volunteers only? So so so proud and humbled to be a little part of this incredible community project

a pleasure and delight seeing you again today !

Yasmine Li signed up to a party
Party

For our Christmas dinner this year we will be going to Luppolo in Wanstead. This is a delicious pizza restaurant with craft beers, cocktails and non-alcoholic options too. It is just a few minutes walk away from our Wanstead base at the community house and we will have a quick (optional) task beforehand which you can register for separately.

We have a provisional booking but need to confirm numbers by the end of the month, so please sign up by 28th Nov if you want to come. If we are more than 10 we may have to pre-order and pay a small deposit, but I will get in touch after 28th November and give you all the details.

Looking forward to it!

Yasmine is a now a pretty committed GoodGym runner. They've just run to do good for the fifth time

It was great to see everyone at Frenford on such an awfully rainy morning. Several of the group cycled there despite the terrible weather - kudos to you for that! 👏

With a large group of volunteers and not as many parcels as previously, we got through the packing in record time, finishing up around 10.30. That left plenty of time for tidying, restocking and helping drivers to load cars before finishing up around noon. We even had time for a quick tea break and some Halloween sweet treats.

It was great to meet Nargis on her first task and Val and Yasmine both completed their 5th tasks. Well done everyone, hope you enjoyed the sunshine in the afternoon. 🌞