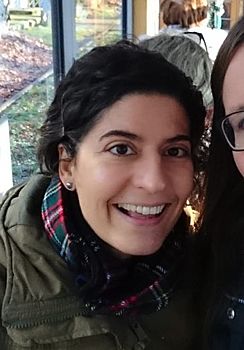 Sara signed up to a group run
Group run

Sara signed up to a party
Party

GoodGym Eats are Back!

Pre-pandemic times at GoodGym Bristol we used to go out for a meal together after GoodGym on the first Tuesday of the month. We're going to get back to this. It's a great chance to have a proper chat with other GoodGymmers whether you are new or a regular and hopefully have some tasty food.

I have currently booked the table for 20 people but I'm sure I can expand this if there are more people interested.

Three Brothers Burgers is very close to Queen Square. They have lots of tasty burgers with veggie/vegan options. Here’s the menu. Hope to see you there!

(We each pay for what we ate/drank rather than splitting the bill so you can keep it cheap/push the boat out (not literally, please) as suits your hunger and bank balance)

On a super sunny evening we ran to St Werberghs community garden to help with a range of tasks (once we got there with my dodgy Google map reading!) - clearing weed and brambles from the pond area, removing bind weed anywhere we found it, giving the grass on the path a hair cut and sweeping up the compost area. It was great to natter whilst we worked and I was gutted I couldn't run with the bucket full of grass I'd cleared..my guinea pigs would have loved it!

The next time you see Sara, they might be wearing black instead of red. They've completed 50 good deeds with GoodGym and have earnt their black t-shirt. Give them a nod when you next see them.

Sara's on the right scythe of 50

This week we returned to the slopes and found the grass area had taken full advantage of a 2 month gap from zealous weed bashing goodgymers, the brambles and weeds had grown to knee height!

However, we had a secret weapon. Now with 50 good deeds fueling her, Sara picked up the scythe and unleashed her good-doing wrath on the brambles!

Some of the team also took a trip to another section of the slopes that needed some care, and between them and the scything team we made a large dent in the overgrowth and gave us a good starting point for next months trip!

We spotted a solitary apple growing on a tree planted earlier this year, a sign of great things to come!

We were also treated to Sara's most excellent baking, a 50/50 split between white and dark chocolate brownies! Well done on reaching 50 good deeds and thanks to everyone for coming along!

Sara signed up to a group run
Group run

There’s also a group heading to nearby St Werburgh’s Community Centre to tidy and weed there.

We'll meet at 6.20 in Queen Square, leaving at 6.30 please remember we don’t have use of lockers or loos before the run but some of us do go for a drink at Club Haus, Workout on Welsh Back when we’ve finished stretching.

Four runners performed yet another good deed at Headley Park Primary. Starting indoors, we moved furniture to set up a daycare space for disabled pupils. How many GoodGymmers does it take to move a cupboard? Insert witty answer here Next, we tackled the old compost heap outside, shovelling earth and moving it into the school's shrubbery. The shrubs are now well fertilised and the area outside the tool shed is free to be transformed into something new and exciting, like an outdoor learning space. Or a UFO landing pad.

Come and join us at Northern Slopes at 9:30 to make the area look more tidy by addressing the regrown, defining the paths, clearing space for more trees as well as some litter-picking in the area.

We will be meeting at the top of Novers Steps. Look up manage.stones.burst on what3words.com to see the exact location.

Please bring your own gloves. Tools will be provided. As some parts of this task involve thick bramble bushes, please consider adequate clothing.

Looking forward to seeing you there!