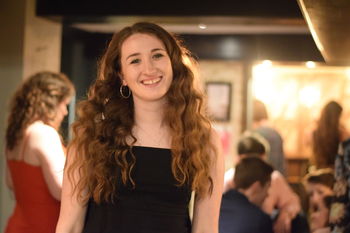 Brighten Up The Gardens for A Mental Health Charity

Clearing the space in the garden will allow clients to sit outside and massively increase their sense of wellbeing!

A variety of gardening tasks to be done. A great way to connect with nature whilst staying active and helping out. Open to gardeners of all levels!

Oh yes. Lucy is training. This is how the greatest atheletes on earth are made. Lucy is making it happen. They logged their first training run on the GoodGym site; extraordinary things are sure to follow.

After 2 long years the Asics London 10k was finally back on the streets of Westminster and as ever, GoodGym were there to provide support (and water) to the people racing.

Despite TFL seemingly taking the morning off and a very threatening weather forecast, 23 volunteers made it to Aid Station 1 on Victoria Embankment just behind Somerset House, home of GoodGym HQ. On this occasion we were distributed across several sites in fact, with 6 or so pioneers also down at Westminster Abbey helping out on Aid Station 2.

It was a cool day out so demand for water would be modest, but nonetheless the cups were carefully stacked 3 layers high along 15-odd tables ready for the runners. For the first time we also had a refilling stop for those who’d brought their own bottles.

As well as people proudly wearing their GoodGym colours, those racing included Spartans, a banana, a panda bear and a man dressed entirely in purple. 🤷‍♂️

Presumably owing to a staggered start and the mild temperature, things never got hectic on Aid Station 1 and it really wasn’t long before it was time to politely encourage the unused water cups onto the ground and start clearing everything away.

Thanks so much for coming team and helping get GoodGym out in front of some eyes! Those that volunteered on AS1 today get to enjoy a free place on an upcoming LimeLight Sports race which will be the (postponed) Hackney Half this September, the Oxford Half in October, the Hackney Half in May 2022, or the next London 10K in a years time.

Lovely to meet you, Lucy. Hope you got a second McDonalds as a reward on your way home!

Great to meet you Lucy!

Lucy Clay completed a training run • Slowly back to it

Lucy has helped keep other people motivated, Lucy has noticed what others have done and cheered 10 people. We doff our caps to you Lucy.

Lucy Clay signed up to a party
Party

Sun 25 Jul 07:30 am
Map
Westminster Pier, Victoria Embankment, London, SW1A 2JH
Sign up now
Come and volunteer at the race, and get a place at another big race for FREE

We're back for a third time this July at the Asics London 10K in Westminster.

We’ll be operating the aid station along Victoria Embankment, across the river from the London Eye and County Hall. The task itself amounts to handing out water to sweltering runners whilst yelling encouragement in their faces - you’ll love it!

So get your red shirt on, and come along and cheer-on the GoodGymmers competing in the race, help increase the visibility of GoodGym at this busy high-profile event, and get a little something for your trouble…

Getting there: Waterloo and Charing Cross mainlines, Westminster and Embankment Undergrounds are all nearby. Be aware some buses on the North side of the river will be on diversion because of the race.

Any questions please leave comment below, or get in touch on daniel@goodgym.org

The grounds might be muddy, so make sure to wear appropriate footwear.

Facemarks are needed for anyone that wants to go inside the buildings to use the toilets.

We'll meet outside the clubhouse at the top of the track.

Yesterday we had a successful session leafleting for Peckham Pantry, covering the neighbouring streets to its shop on Peckham Park Road.

We welcomed Lucy to her first Goodgym mission with more than one other person, and third mission overall 👏

🏢 We managed to get into every building that we tried

Well done to everyone for coming, especially Sam and Emily who were still hobbling from their Ultramarathons last weekend!

Brighten Up The Gardens for A Mental Health Charity