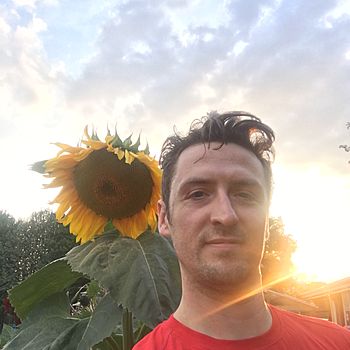 Liam went on a mission
Mission

British Red Cross Kings College Hospital asked GoodGym to help Mr P with some shopping. He is unable to get out of the house at the moment so requires some help. He can have a list ready. It is not yet clear which payment method Mr P will be using so any runner signing up needs to be prepared to pay for the shopping (up to the £20 max limit) and then get reimbursed by GoodGym, so please only sign up if you are happy and able to do so. Please note that face coverings are mandatory for all tasks happening indoors or for when delivering food parcels and prescriptions on missions in which you are likely to get within 2 metres of the beneficiary.

On the GROAD again! 🚗

At GoodGym, you have to be very adaptive to changes as we found out last night.

Nine GoodGymers came out in full force to GoodGym Southwark's group run and met inside the coffee-filled Old Spike Roastery. Sam briefed everyone of the task, what's coming up this weekend/next week and had a difficult speech to make about Ashling Murphy's murder, safety being out and about with GoodGym (and in general) and male violence.

In lighter news, we had Hollie come for her first ever Group Run and she hopes to do a good deed once a month (I'll hold her to that 😉) and Beth came for her second group run & good deed overall, which I feel is always the tipping point. First run = no expectations, second run = it better be better than the first one 😝 Hooooorrrayyyy to you both!

We also had runners who hadn't been to a group run in ages! Nelly has been within the last 3-4 months and it was great to see her again. However, James (probably forced by Paulin 🙃) was a pleasant surprise after not seeing him at a GoodGym group run for, at least, two years! Kudos to all!

Our our ice-breaker question last night was: What cuisine would you serve at your restaurant/cafe?

There were several healthy choices like soup, falafel, tacos and sandwiches to name a few, but Lindy's choice was interesting to say the least: Haggis bhajis 👀 a great fusion to spice up your Burns Night! 😜

I scream, you scream, we all scream for ice cream

Off we went towards St. Faith's Community Centre near North Dulwich station covering 2.7 kilometres to get there. When we arrived Andrea was waiting for us (sorry for being five minutes late) with her well-known GROAD van parked outside. However, the collection and packing room on a Sunday afternoon and Monday night, respectively, was taken. Thus, those who wanted to pack bags and sort out donations for Andrea couldn't. The whole group had to get behind the idea to flyer for GROAD. Yet, no complaints and after a group photo in front of the van, we were off to flyer on College Road.

The first group (Team 1), which had Beth, Hollie, Lindy and Michael completed their side of College Road first, so Sam delegated them to go up to Woodwarde Road to flyer those homes.

The second group (Team 2), which had James, Liam, Nelly and Paulin, finished their side of College Road a few minutes later and were asked by Sam to take on Court Lane.

Like "The Amazing Race", they were meant to meet Sam at their final destination after completing their designated road - Team 1 at Dulwich Library and Team 2 at Court Lane Gate (entrance to Dulwich Park). Team 1 made it to their final destination first, so Sam got them to flyer Eynella Road on the way to meeting Team 2. However, Team 2 had passed their meeting point and continued to flyer up Court Lane, so Team 1 joined them to get the task done sooner.

Beth mentioned this whilst flyering and that perked up Sam's ears. Once we finished flyering at the end of Court Lane (where it joins with Lordship Lane), we were going to be heading back and passing Oddono's (the delicious ice cream place), so naturally, we stopped at the ice cream place. Everyone got a cone ice cream apart from Sam who ordered a banana sorbet in a cup....

As we walked back to Old Spike Roastery finishing our ice creams, we decided to jog the last 750 meters or so to get warm in order to do a stretch. We finished slightly late (10 minutes...), but let's blame it on the ice cream 🙃

A personal thanks from me to all those who came out tonight and for those wearing green to pay their respects to Ashling Murphy. We covered over 7k in total, a mixture of running, jogging and walking in over an hour.

GoodGym is all about getting fit and doing good! We praise the runners/cyclists/walkers who come to get fit and help out, but we often forget about our task owner and I would like to take this opportunity to thank Andrea for all that she does for the community! She works tirelessly and last night, she deserved a break to meet her granddaughter.

Liam signed up to a group run
Group run

In this group run, we will be running from Old Spike Roastery to St. Faith's Community Centre to assist Andrea (task owner of GROAD - Get Rid Of And Donate), who had loads of drop off requests during the festive break. There will be a mixture of sorting out donated items being dropped off on the night, preparing bags for the rough sleepers and those who want to run a bit more can do some flyering in the local area for GROAD.

Here's the important information - the "Where, When and What":

🏃🏃‍♀️ After a quick warm-up, we run together as a group. If there are loads of us, there will be a back marker to ensure no one is left behind. On this run, we will be running 2.7k each way. Running at a medium pace to get to the task in 15-20 minutes. We will spend 45-50 minutes doing the tasks mentioned above (or as much as we can) before running back to finish by 20:15.

Advisable: Bring a head torch🔦 as we are running at night and 🤿 masks as we will be indoors

Liam signed up to a mission • Food shopping for Mr P