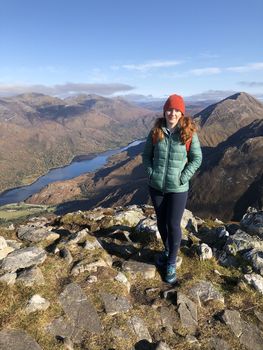 Organisations Helen has pledged to support

Following on from Wednesday's unexpected return to the Crisis at Christmas warehouse, Friday evening's team comprised of a hard working bunch mainly from Newham and Tower Hamlets, but we also welcomed Chris from Southwark, venturing East for his second GoodGym outing. We continued with the task of getting all that remains in the warehouse stacked neatly on to pallets or into cages, clingfilmed up for transport into Crisis' permanent storage. It'll all come out again next year and another group of volunteers will have the (un?)enviable task of working out how everything has been thoroughly categorised and counted.

Enjoying a big turnout, we were able to get a bit more done than Taidgh from Crisis had anticipated, so having cleared bays 5 and 6, sorted out the sofas and chairs in another area, we made a beeline for the pub. There is, however, still a bit more to do! Sessions are up for Wednesday and Friday next week, so hope to see some of you there again.

Helen completed a walk • The Quiraing

CRISIS Summer Special: Sorting and moving stock through the warehouse

The Crisis team are in the final stages of vacating the Leven Road premises. Down to just two staff members, Crisis Operations Manager Anna has been in touch to say, "All the equipment left in the warehouse now needs putting on pallets and taking to the loading bay! With GoodGym's help, we'll get this task done immeasurably faster, ready for the hire trucks to take the stock away."

Can you help with the second session of the week?

Thinking Inside the Docks

Tue 18 May
•
Report written by Hilary

GoodGym Newham’s weekly Tuesday evening visit to Cody Docks coincided with a bit of rain, which brought with it a glorious rainbow, but meant an alternative activity to our ongoing rail painting task was required. Luckily for us, Basia had some nice heavy things lined up to be moved from out of the Gallery, which is to be freshened up (maybe a job for us soon 🤔) ready to welcome the public back for some classes and exhibitions again soon.

First out of the door were some lockers – we speculated that these may be for the changing and shower block facility that the dock will house as part of wider development plans. Then secondly and very carefully, some sculptures of various sizes made by one of the resident artists were to be moved up on to one of the studio balconies. Apparently some of the heavy looking ones were quite light and vice versa… Obviously there was a sofa to move as well – a standard of the GoodGym heavy thing removal repertoire, surprisingly easy with four people and a dolly cart.

A big welcome to Charlotte and Matt on their first visit! Hope you enjoyed it and look forward to seeing you (as well as everyone else of course) back there next week – sign up here.

Help out at Cody Dock

Participant cap is officially removed, so we can have many more hands on deck, providing a more efficient slot.

Here's to a quality session as per last week

CRISIS Summer Special: Sorting and moving stock through the warehouse

Help out at Cody Dock

Access via canal entrance when arriving from Olympic Park