Who had the best bark?

6 runners ran to help their local community in Barnet. 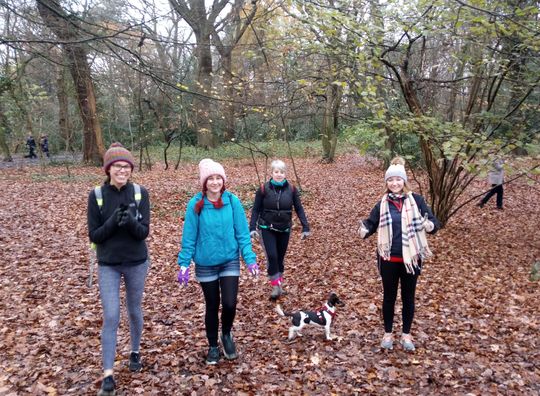 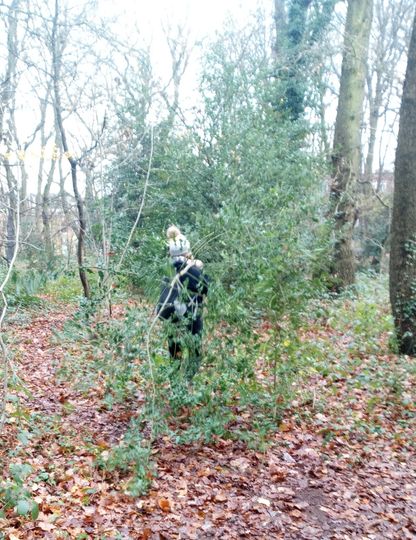 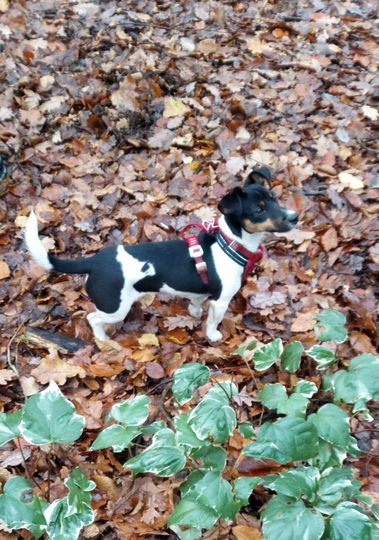 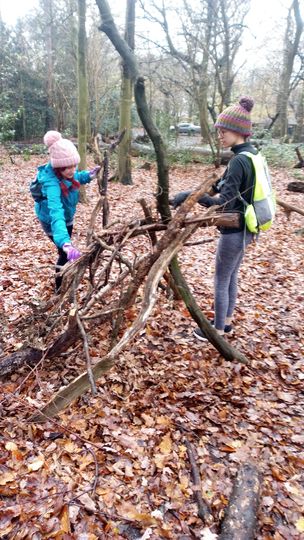 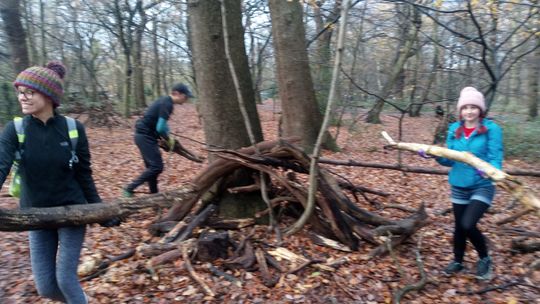 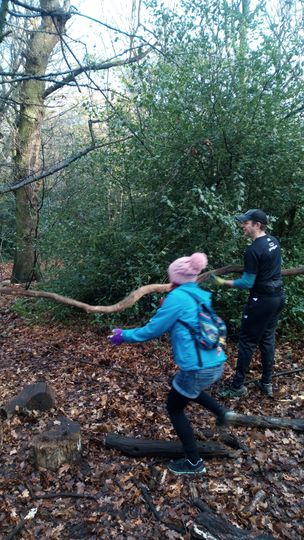 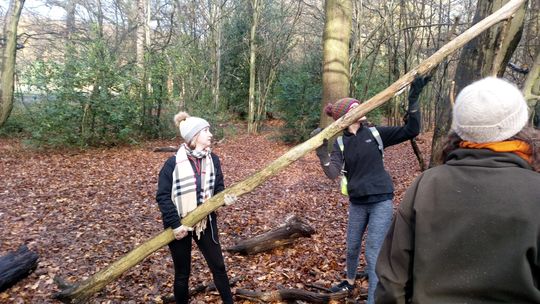 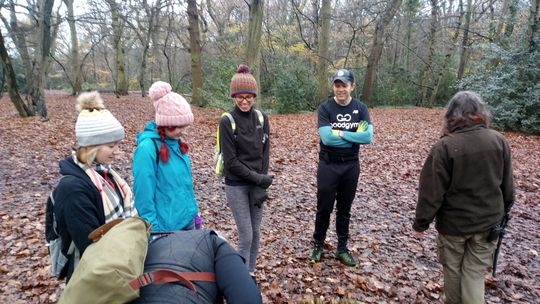 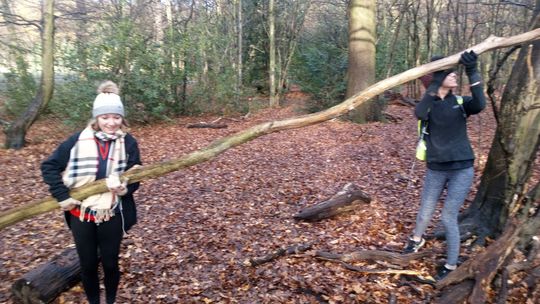 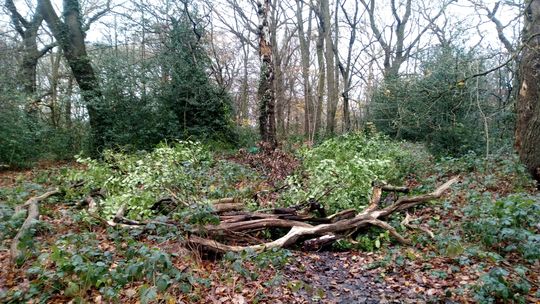 Once again Good Gym Barnet were called upon to help ranger Cindy in Highgate Wood. A tree was in danger of collapse, so the super six moved large branches, prickly holly and other forest debris to create a natural barrier, preventing any members of the public walking into the area where the tree might fall. Large branches, some rather heavy, were carried from "dens" created by youngsters. Probably not breaking the "rule of six" , we had an additional excitable attendant in Florence, a six-month old Jack Russell and a close friend of GoodGym Fiona.

An added bonus was a tour of the woods, and associated fungus, by Cindy, who's been lovingly working at the woods since 1992. There is evidence of the wood being visited in Roman times, and the routes of one large tree probably go back a thousand years. Wiser but slightly chilly, most of the GoodGymers headed to outside areas of the Queen's Wood cafe for coffee, soup and hot chocolate.