8 runners ran to help the Birmingham Central Foodbank in Birmingham. 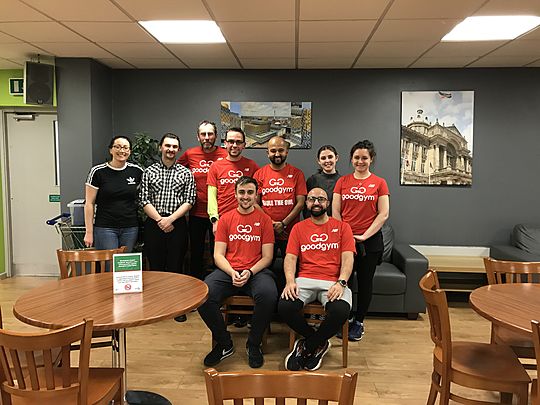 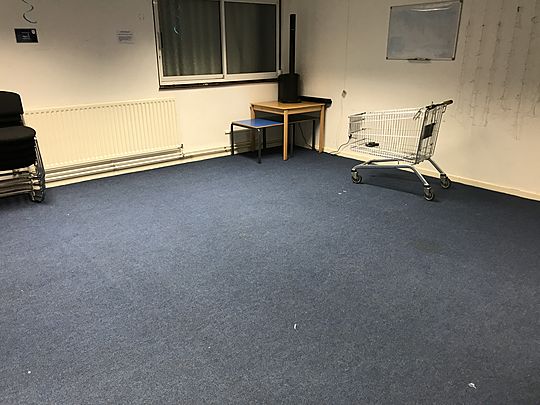 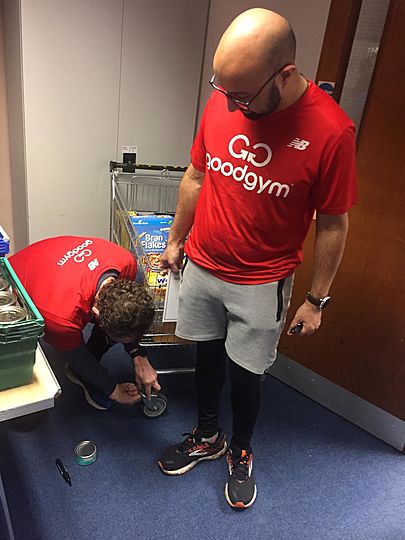 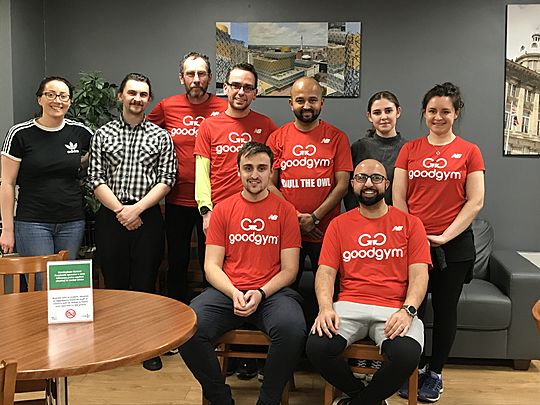 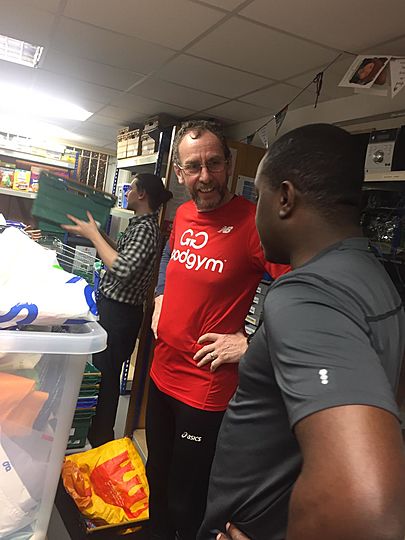 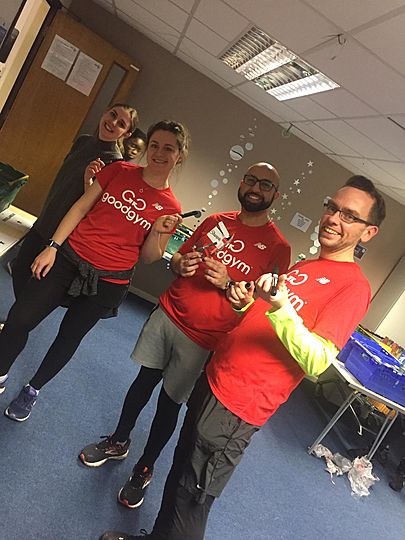 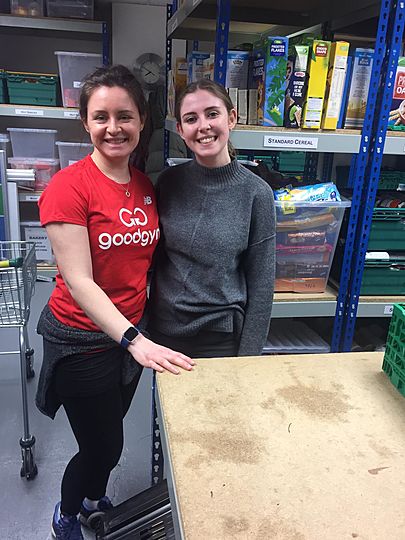 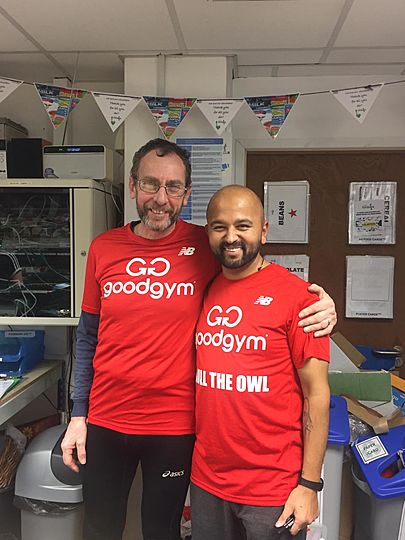 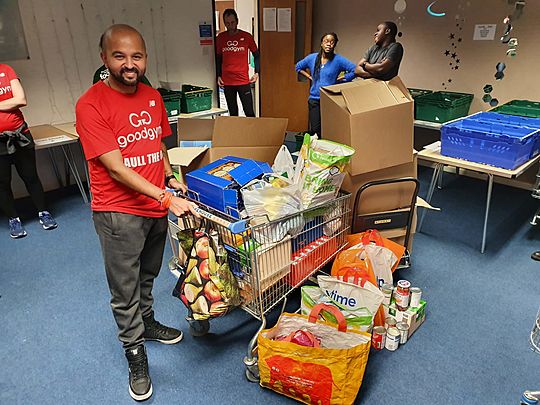 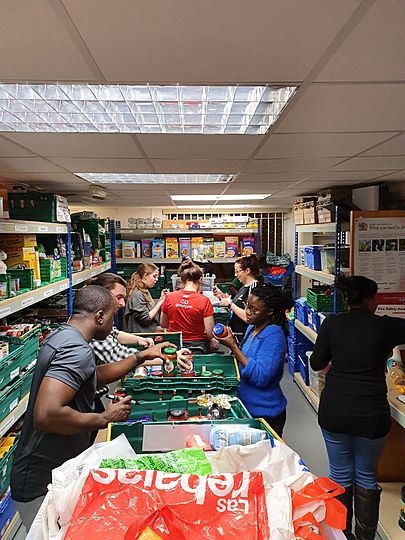 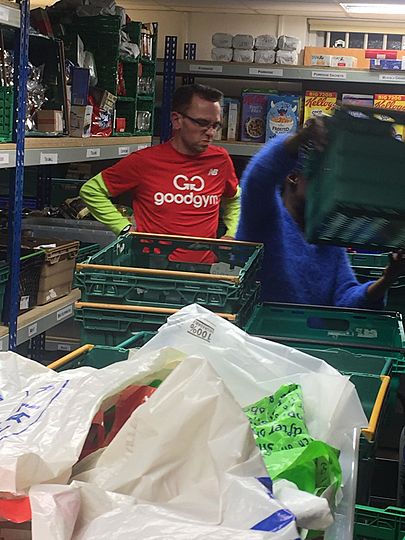 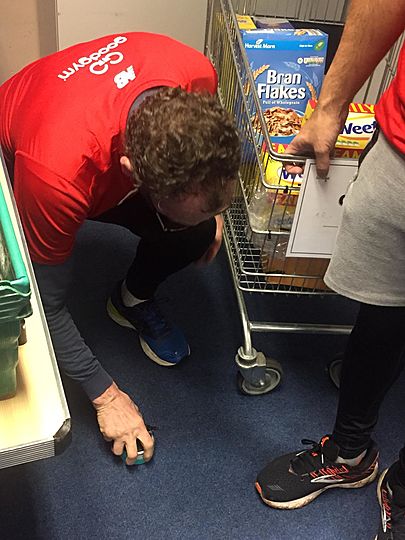 We had Poppy at the Food Bank for her first ever good deed, and it was Ben's first time at this Community Mission tonight. Welcome and give them a cheer!

Another fully booked night at Birmingham Central Foodbank was well appreciated by the staff and non-Goodgym volunteers. One of whom seemed ready to go and sign up, she was that impressed, and joined us for the group photo. Which we hope will help hold her to that promise! All eight of us worked tirelessly and efficiently with the volunteers from the church. Tousif, Anthony, George Louise and Rauul returned to the task and showed they know it inside out, going onto the next jobs without needing to be asked.

Due to this, we were well ahead of ourselves when one of the trolleys took a dive and we noticed that it was missing a wheel. This was patched up quickly thanks to Anthony and we were soon back up to speed. We were also into the post Christmas lull, with fewer donations. So tonight we were able to get into some of the backlog of stock that had been generously donated before the festive season. Also, we were able to start setting up the cafe where people would be greeted and served as they access the Foodbank through the week. Hence the change of scenery in the group photos.

All of this combined meant that we could get a lot done without going at the breakneck speed of previous weeks. Which, going by the pictures (thanks to Rauul and Tousif), gave me time to enter into a gurning competition of some sort in the back room. Most of all, it gave everyone the chance to chat and connect, whether that was in our group or with the volunteers from the church, who are doing a fabulous job in the community in central Birmingham.