We Wheel, We Wheel Shock you! 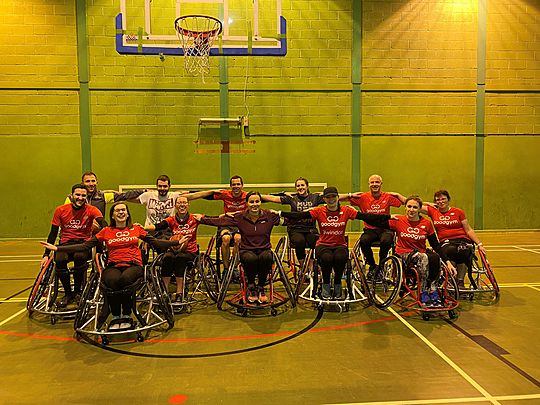 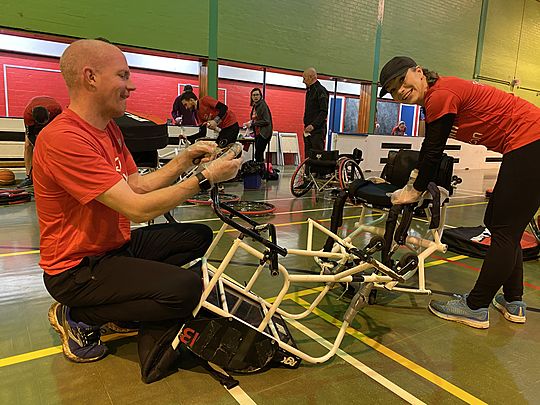 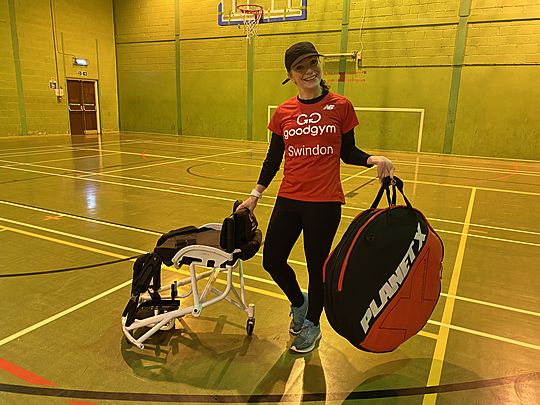 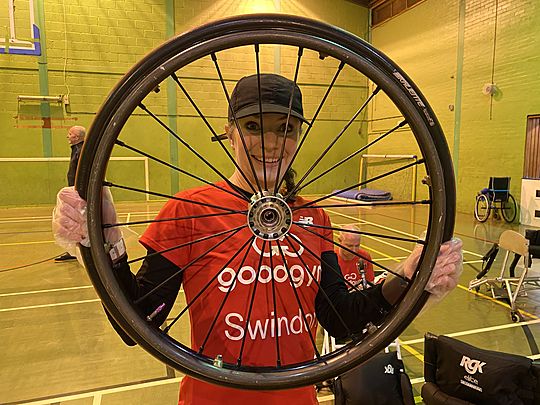 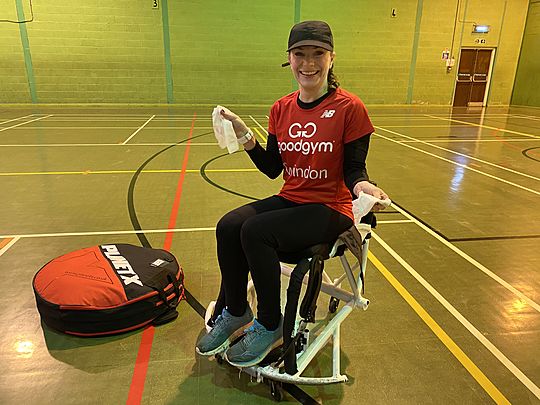 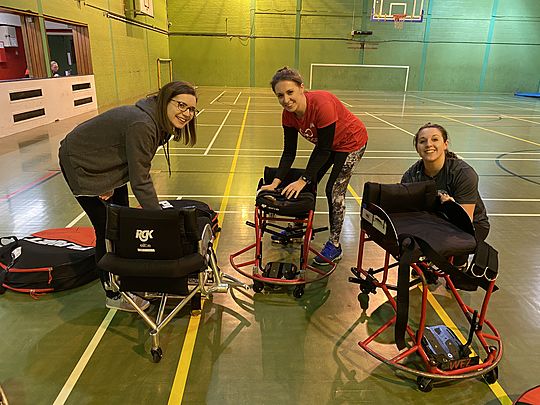 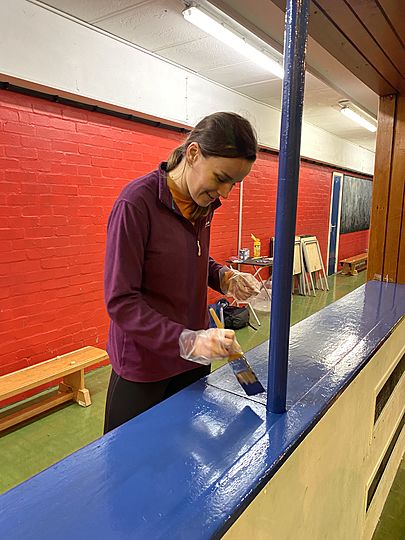 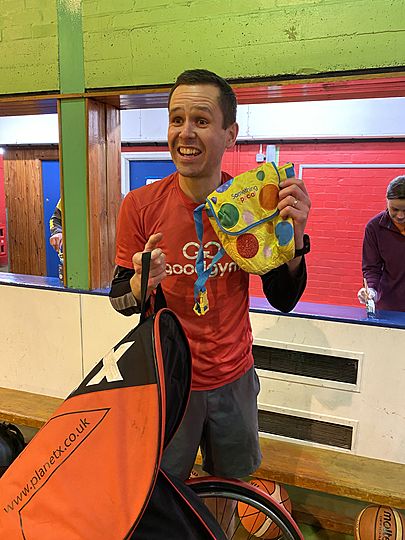 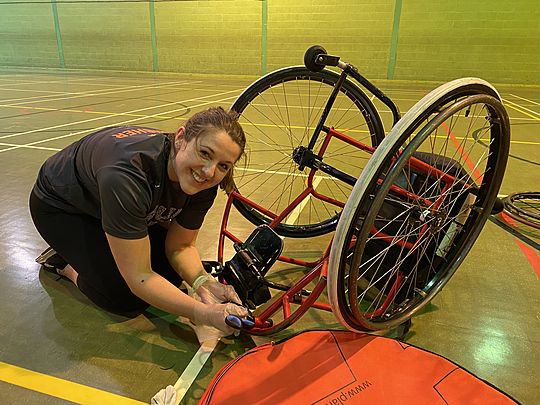 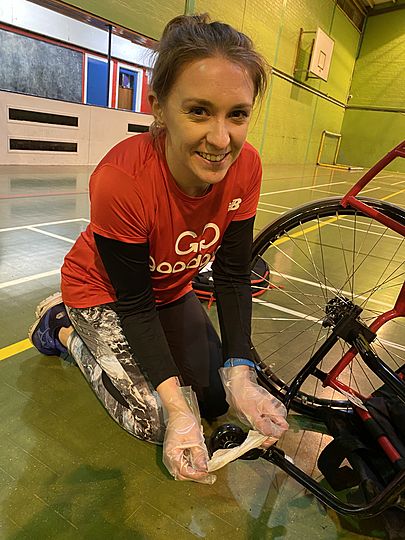 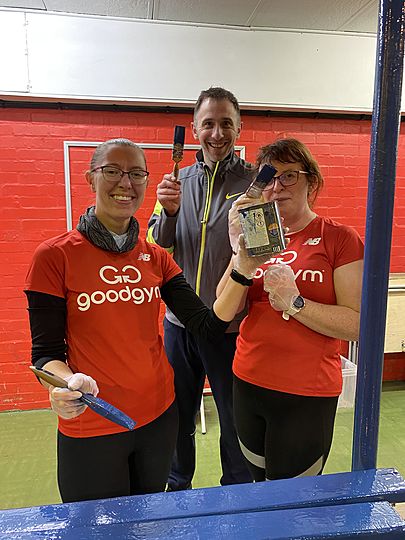 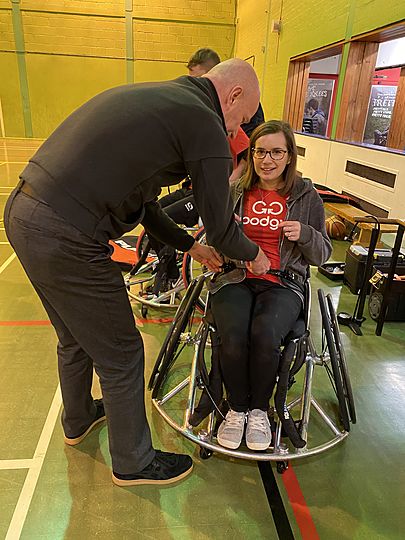 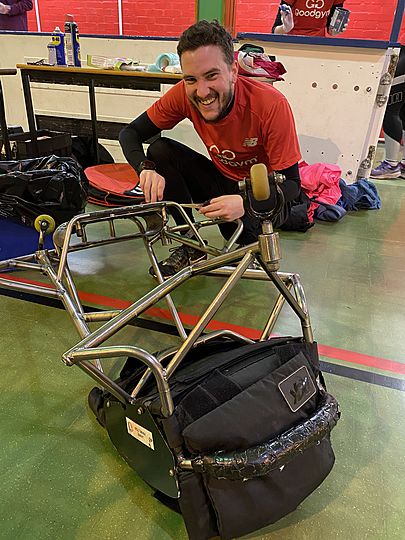 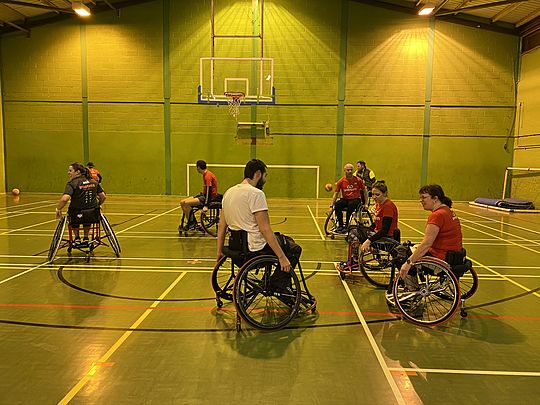 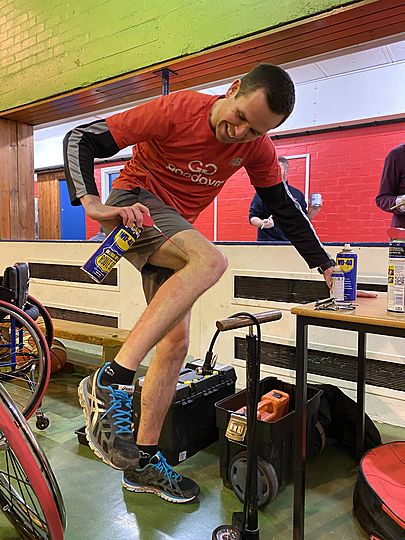 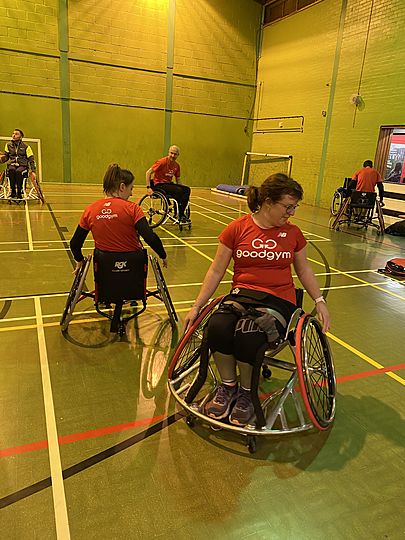 Twelve hardy souls braved the back end of storm Dennis to run the 8K to the familiar and a favourite venue, Swindon Shock Wheelchair Basketball Club for some wheelchair maintenance, touch up painting and a little surprise!

We gathered outside the Oasis to welcome first timer John and celebrate two new inductees, namely Paul and Lily into the 50 deeds club.

One ‘L” of an achievement, as the Romans would say!

The Ice Breaker related around the Magic Roundabout and what magical things brought people to Swindon and what is magical for those born and bred here. Responses, from those who moved to the town, ranged from easy access to countryside, mesmerized by employment opportunities within the council, closing of eyes and sticking a needle into a map to being near to a motorway!

Those born here were struggling to associate magic with Swindon, apart from the Town’s ability to make a lot of friends disappear to other locations when they were old enough.

We set off with ‘Safety First’ Simon leading the run, Jo back marking and plenty of good humour running in between.

With the threat of a flooded underpass we changed the usual route and ran past the County Ground, along Shrivenham Road, down Drakes Way and along Marlow Avenue to the venue.

We were greeted with a wheely warm welcome from Ben and Basketballer Wes who gave an overview of the club and our jobs for the evening.

We split, with some ad ‘shock’ touching up of the previously painted spectator area while others were given a chair, a pair of wheels, some cleaning equipment for basic wheelchair maintenance. Tracey soon found out the chairs are easier to move once the wheels are on!!

Once all the chairs were wiped, squirted and de-'pubed' we were given the opportunity to have a go for ourselves. Wes put us through our paces with a 'who can push in a straight line going forwards and backwards, before shooting practice'. The basket was not threatened, although Paul ‘the Scientist’ had a nifty ‘chair’ of hands when it came 3 point attempts!!

And then it was time for photos.

We soon realised it was easier for the group to position ourselves around Tracey, than for Tracey to reverse the 6 feet to get herself into position!!!

Next week we are heading to Age UK at Toothill Community Centre for some more painting. Why not check it out here and sign up today!