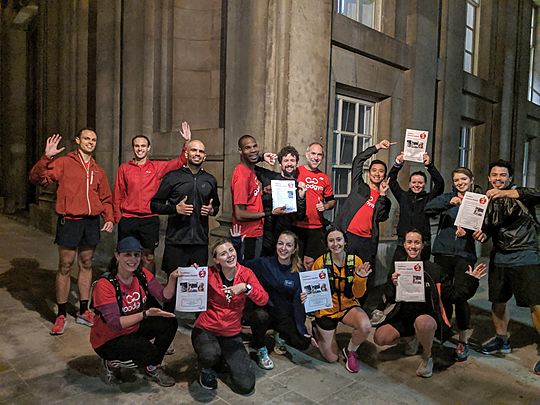 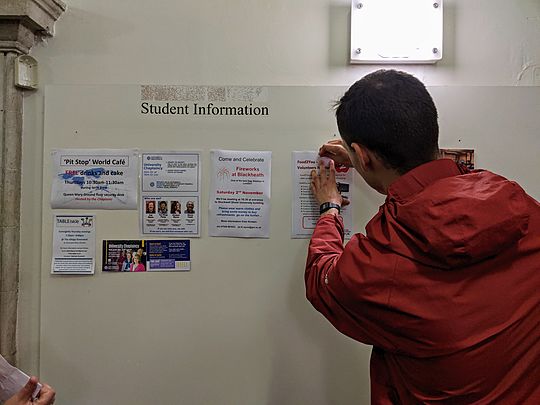 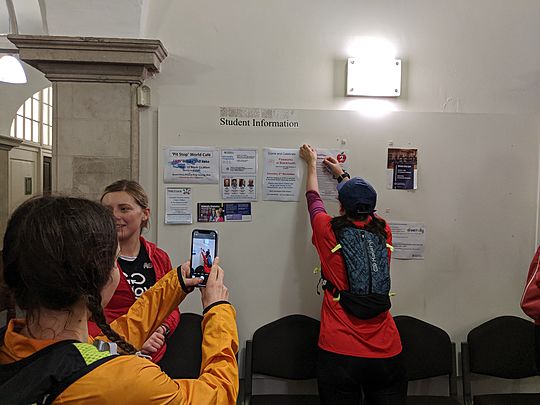 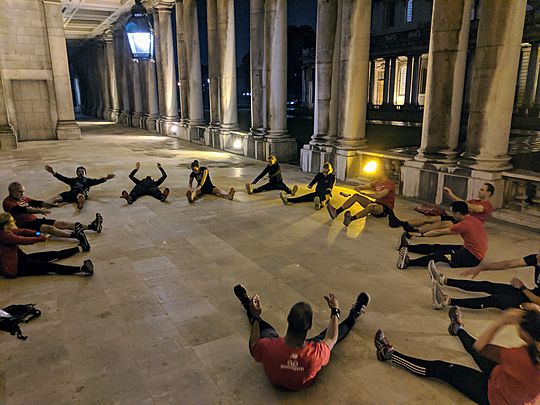 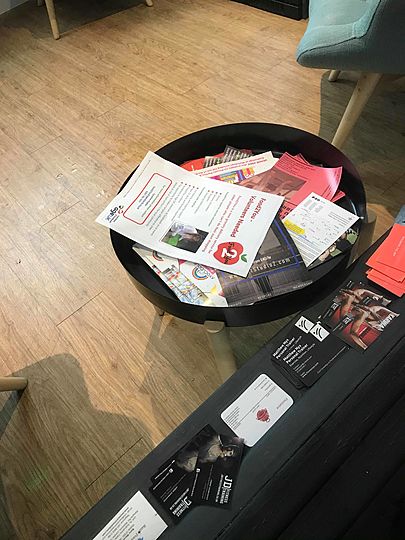 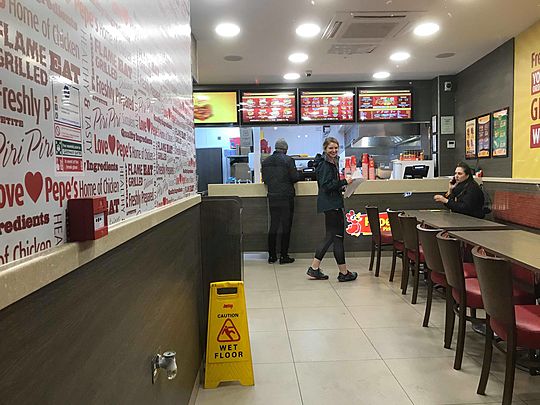 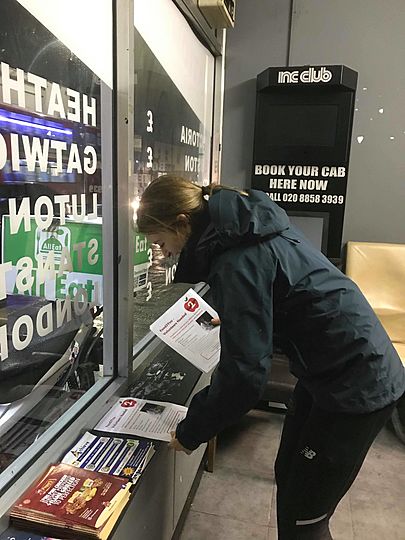 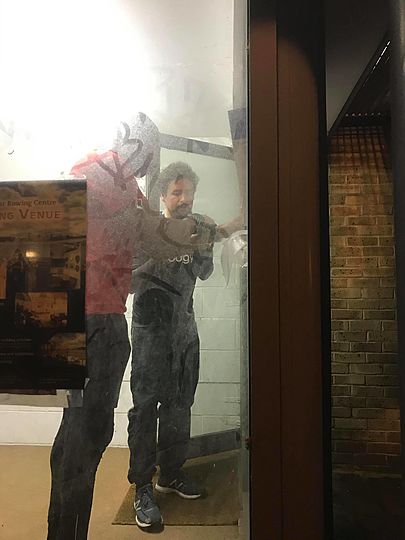 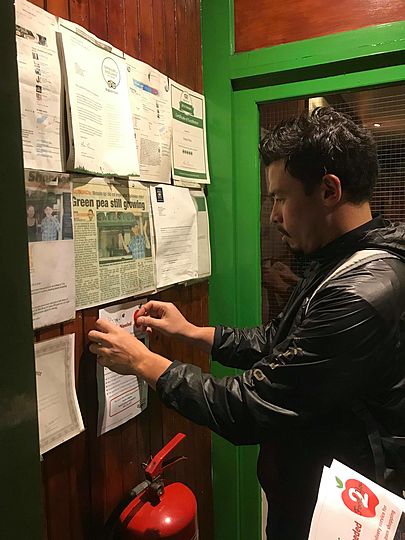 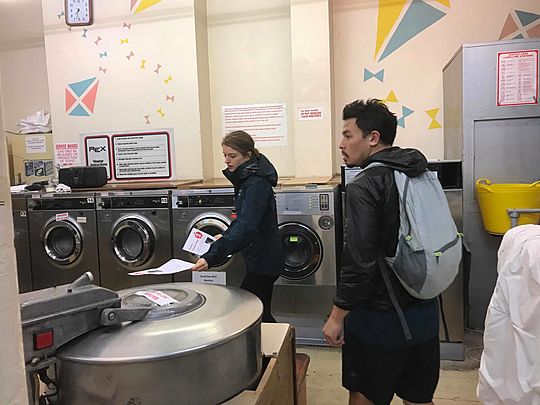 16 wonderful runners ran to put posters up for Food 2 U!

I must admit I had been on edge about this task for a while, ever since I listed it. I don't know why, I guess it's just the rejection, being told no you can't put your poster up here, ahh I hate it, even just the thought of it AHHH! But other GoodGym groups had done the same task recently so I thought we'd give it a crack for something different!

And THANKFULLY, you were all absolutely BRILLIANT and thanks so much for being so positive about it and getting stuck in, it's MUCH appreciated!

It started raining but no one was phased. We split up into our groups and set off to see what we could do with these posters!!

JC had done the same task with the Lambeth group last week so he knew all the best spots! His group tackled Trafalgar Road whilst my team headed around the uni first of all and then into Greenwich town centre.

Our group got to an extremely slow start. We headed back in to the Queen Mary building where we drop off our bags and asked the nice security guard if we could put one up, he said yes of course (I breathed a sigh of relief) and unfortunately we had been given dressmakers pins rather than standard drawing pins so it didn't stay up for long. We then used blue tack, but couldn't get it straight... we were going to be there all night at this rate! We got there in the end though, good practice for the next one.

We then decided to split up.. except Sara took all the posters with her into the pub leaving none for the rest of us.. the night was going well!

After this we had a good run of successes, some pubs, supermarkets, newsagents, the cinema and the theatre were all good ones however 8 o'clock was fast approaching and we started heading back to the meeting spot to find that the other group had great success too!

If you'd like to find out more about Food 2 U you can do so here. They are essentially looking for volunteers to help with the service. Sounds like a great initiative so feel free to forward it on to anyone who might be interested.

We finished off with a little core session instead of more running for a change, had a stretch and called it a night!

Thanks to Elle for the great photos of the Trafalgar Road squad in action!

Great work everyone! Thanks for getting so stuck in as always and not being affected by my negativity for which I do apologise. And in the rain too. You guys are the best. See you next time at More 2 Childcare with Sid the snail!