5 runners ran to help the FRIENDS OF VICTORIA SQUARE in Cardiff. 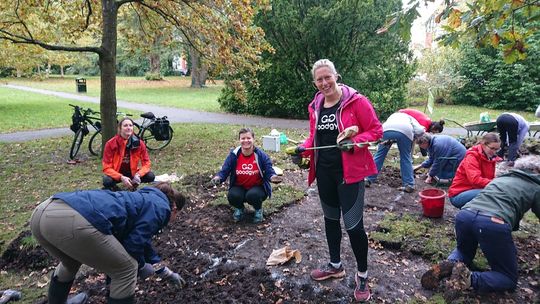 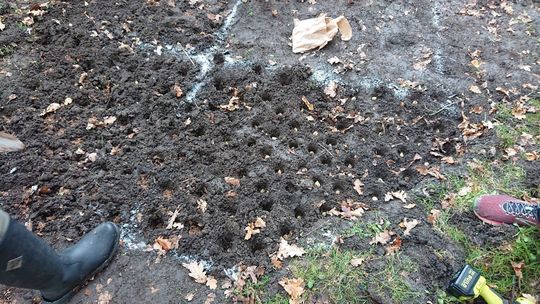 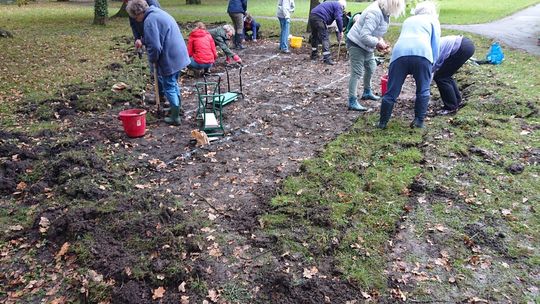 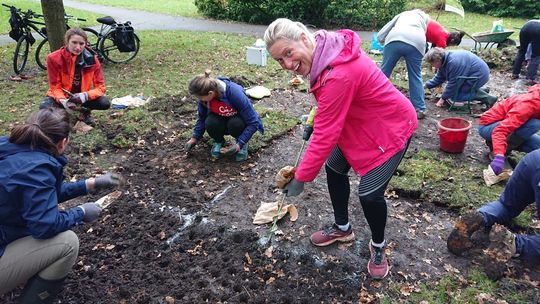 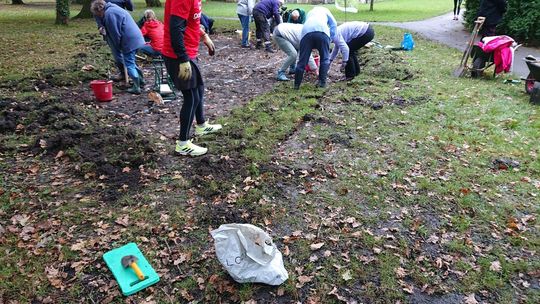 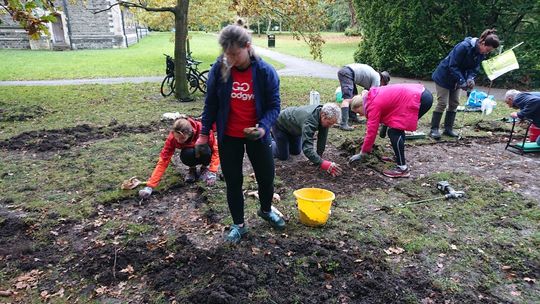 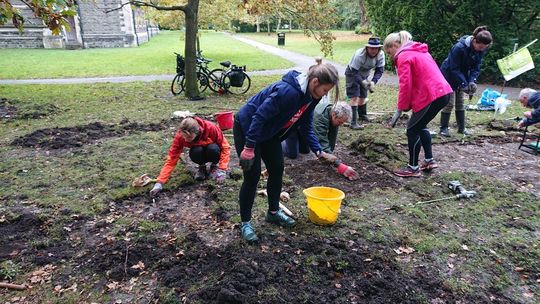 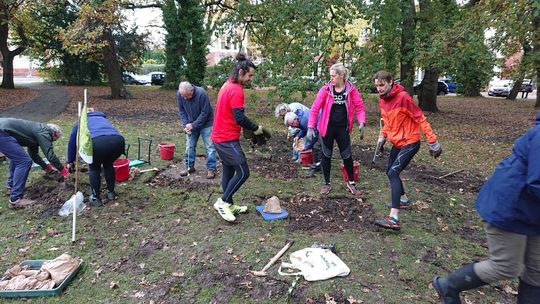 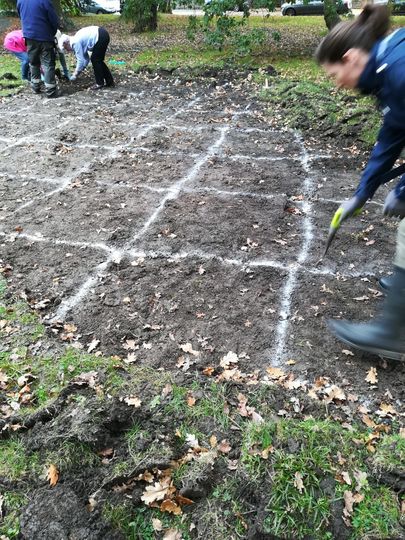 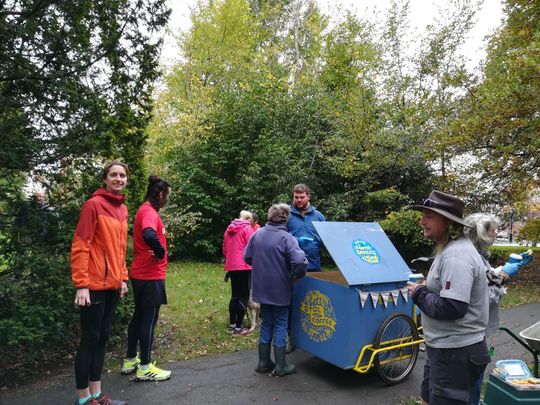 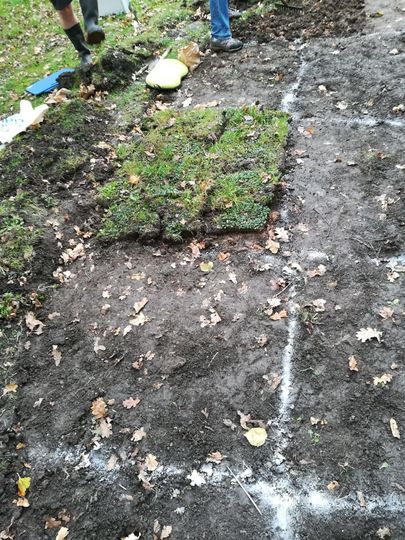 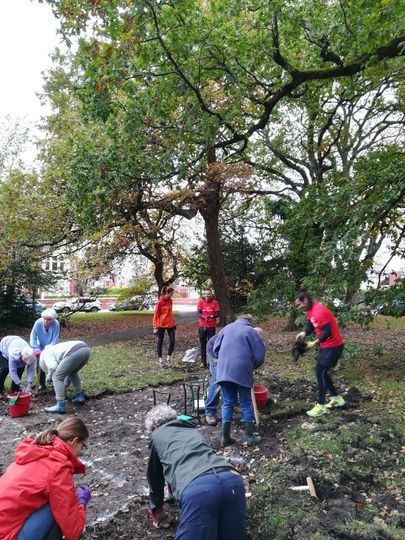 A great chance for a long run or cycle today as we made our way to Penarth. 5 goodgymers arrived (at different times) to help out the friends of Victoria Square, the task to plant around 1500 bulbs ready for next Spring. The turf had already been removed (but not labelled - which we will get too), and sadly stacked on top of itself so it was becoming a mound (ooh satisfying word to say).

The listing was between 10:00 and 12:00 with people okay to arrive whenever they could and for however long they could, but everyone had arrive by 10:30. We stayed on right up to 13:00 as we were not going to be defeated, and managed to do two days’ work in one go!

The ground had been marked into areas so that the correct number of bluebells were planted, each team concentrating on their area first. We had drills with auger bits attached for cultivating the soil, then dibbers for making the holes a bit more solid, bulbs were bagged and ready to go with buckets of sand for adding to the ground before planting the bulbs.

The volunteers from the friends of Victoria square were asking lots of questions about goodgym, something that we are more than happy to talk about. We had the welcome additions of dogs throughout the day from the odd dog walker (not an odd dog walker). There were plenty of other conversations, including the sound that a trifle makes, bluebells (obviously) and squirrels.

Love a task that teaches

As each area was completed the turf warriors got to work, trying to rebuild the original land. This was not an easy task, firstly as the turf was not rolled and just all over itself, and secondly, because the pieces were in no particular order. Think a jigsaw without a picture to check, and with the pieces cut up!

11:15 was the favourite time as the resident coffee cyclist arrived - Stol Coffee, with coffee, oat milk and great vegan cookies. One of the volunteers had also arrived with pumpkin pie, so a well-deserved break was had by all.

We did get there eventually, and much quicker than the volunteers thought we would. In fact, we may not need to go there over the next four Saturdays now, possibly just the two. After two and a half hours it was time to get the mud off our shoes and head to the town for a hard-earned lunch and catch up, we had certainly worked up an appetite.