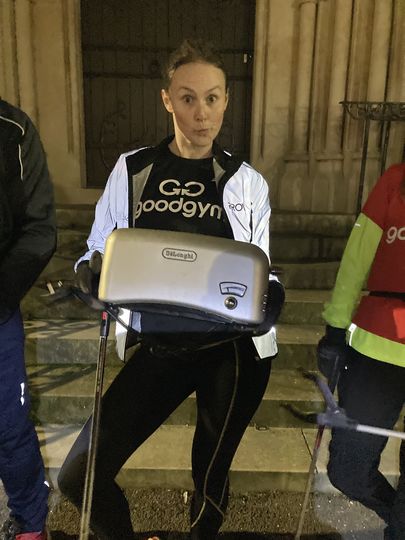 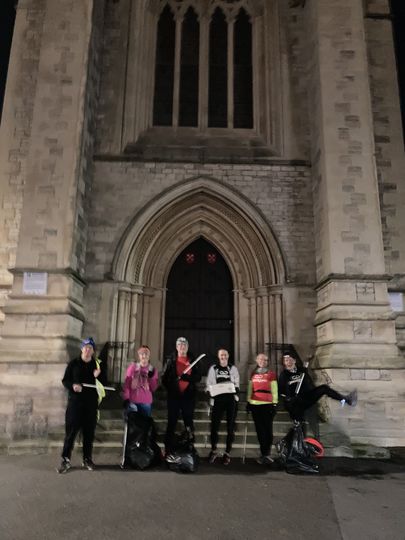 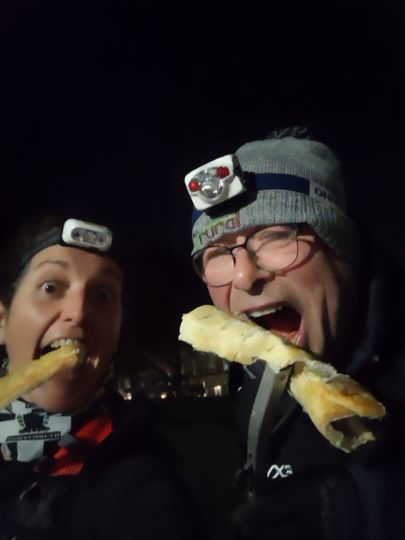 Last night we had a litter pick as our task, not any old litter pick....a graveyard one!!

It was Ian's first taste of GoodGym after being a long time admirer. He'd been coached by Esther from Poole before so was ready for the challenge ahead.

We met up at the church with Daryl, Laura and Vicky. Vicky was also on her first GoodGym experience and it was great to have two new, lovely people join us!

We went through names and favourite ice cream flavours, ground rules graveyard etiquette and scattered in teams to tidy the area.

We came across a toaster towards the end, Caprice and Daryl found some sausage rolls. Laura and Amber found some soiled clothing and then as we converged around the chapel we came across some trendy Adidas trainers in a bag, but because the soles were worn out we discarded them.

We took a group photo by the front steps and then ran back the way we arrived...just much colder than at the start!!

Next week we're doing some gardening on Wednesday. Come and join us!!

Karaoke at the Care Home