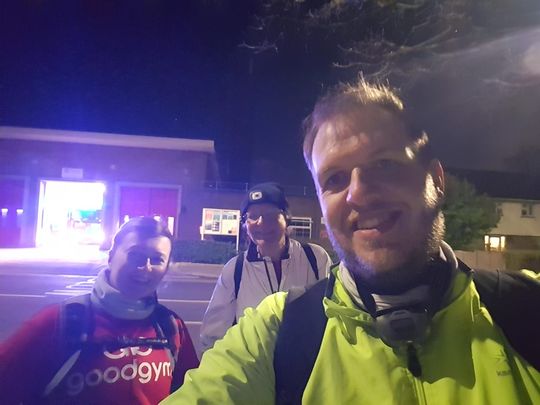 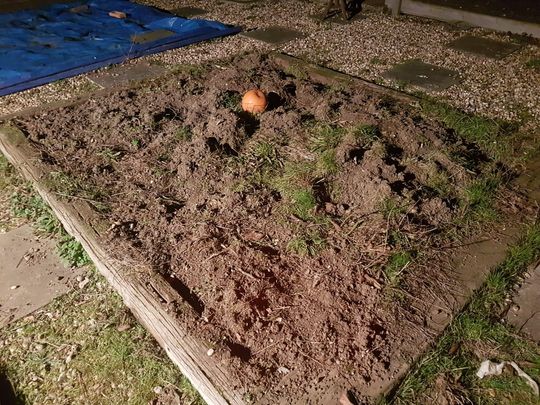 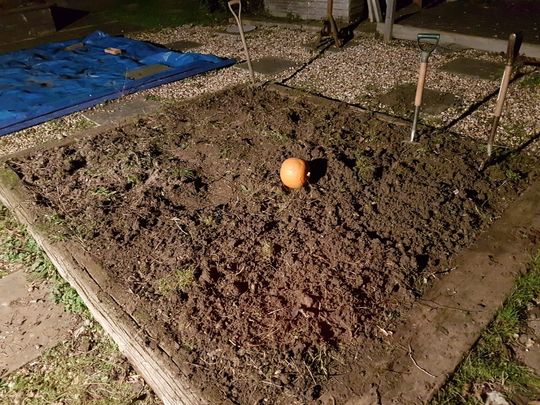 We had a small but perfectly formed group tonight - such a lovely evening for a walk and a task!

Arriving We met up at the station where Linda and James have already picked out the rubbish from the planters before Julia arrived munching down on a cereal bar to fuel the session:)

Easy like Monday evening We decided that we wanted to take easy tonight so we walked and chatted to the school where we were greeted by Mr Foxxy who also showed up again later in the middle of us digging - we were impressed by his fluffy coat:)

Doing Good James got all the tools for us and we got to weeding the veggie bed that we started two weeks ago. It was a lovely crisp clear night with star constellations above us (we did try and guess them but think Orion's Belt could've been a Big Dipper.... The time went really quickly and we really put the world to rights talking other tasks, politics, weeding techniques, road safety and a lot more!

Fire, Fire! We were walking back whilst detouring to collect Linda's StreetTags and then we saw a fire station open up with a truck with sirens - of course we felt like a group selfie needed to be in front of it:) It wasn't an actual call for the fire brigade as the truck didn't move so we felt it was OK to take the photo!

Bike Safety First;) Back at the station we continued putting the world to rights whilst admiring James's bike and his security system with theft tracker and good security locks only for James to realise he left his keys in the lock!!!!!!!!! oooh we had a good giggle about that whilst also feeling very grateful that no bike thief was in action tonight. Phew!

I’ve down loaded the night sky app for next time 🔭