That was a pane in the glass

2 GoodGymers made their way to help the StarGarAllot Community Garden in Cardiff. 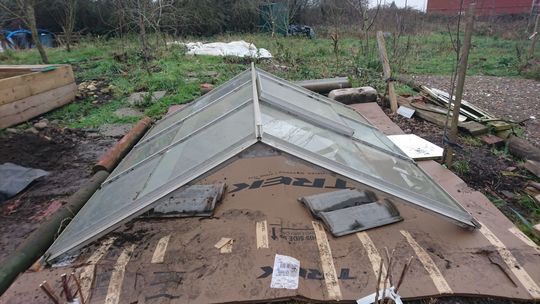 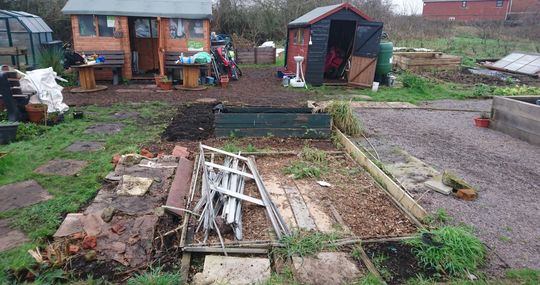 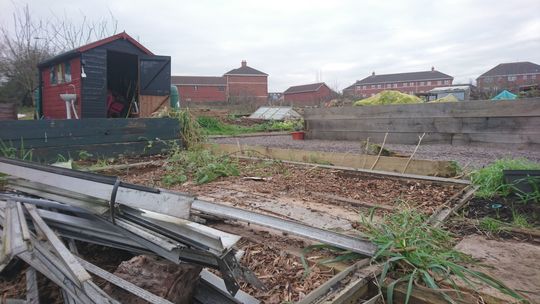 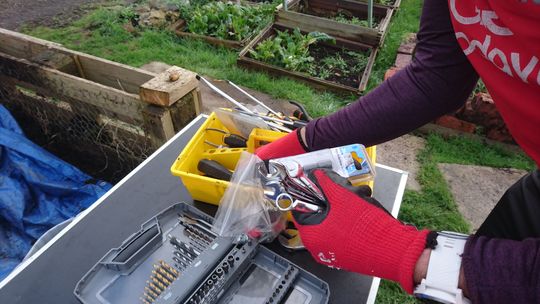 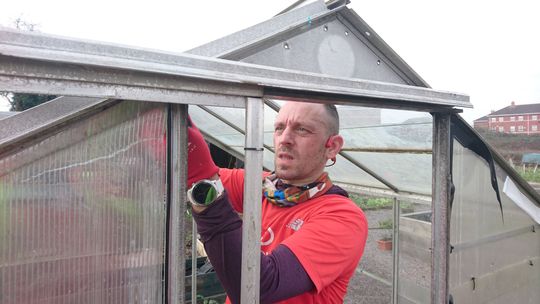 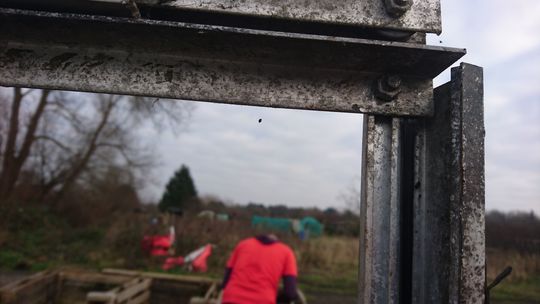 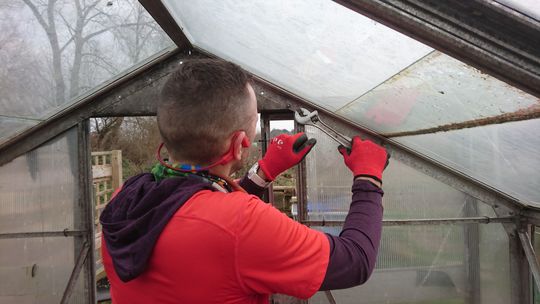 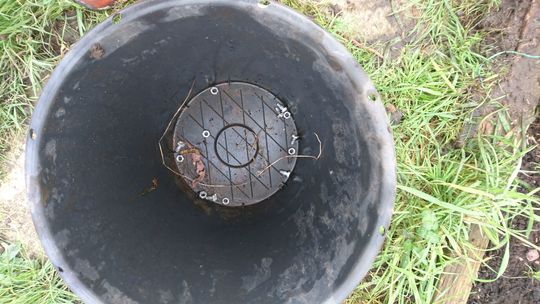 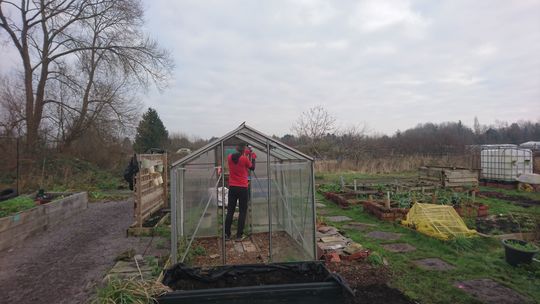 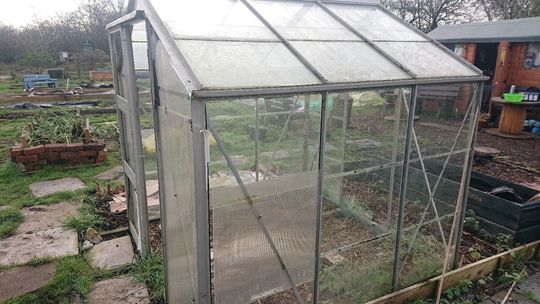 Our third and final task of the day, and what a task it is. We were at StarGarAllot last week clearing plants, bricks and such like now it was the time of the old green house. They will be installing a new large community polytunnel - exciting times, so we need to make the space for them.

Just the two of left by now, but we are stubborn and will not be beaten. There were bolts everywhere, and at times we stood staring at bits of aluminium, with no idea how they were connected.

As ever Camilla wanted to keep as much as possible to reuse, the roof as a cold frame, and the remaining glass panes to make additional cold frames later on. But first, we had to figure out how to remove the roof??? There were moments of concern as Sean held tight one side of the bolt and Michael unscrewed the other side, that at some point they would reenact the well known scene in 'Only Fool's and Horses'...

The roof was moved to it's new location and glass was replaced to create the new cold frame, the remaining panes were put safe out of the way and after a couple of hours we were finished.

As always there is time to chat and today we were lucky enough to have the offer of the freshly harvested jerusalem artichoke (YUM). Now to head home and top up all that energy we've used.