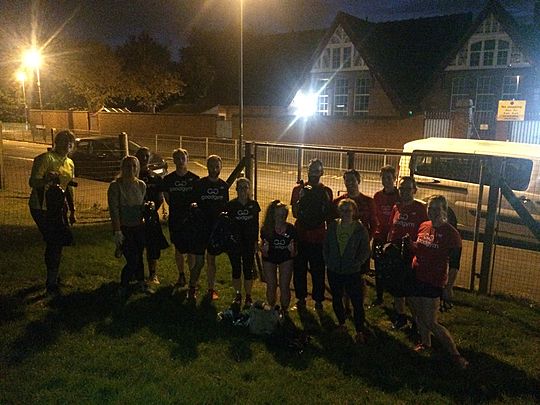 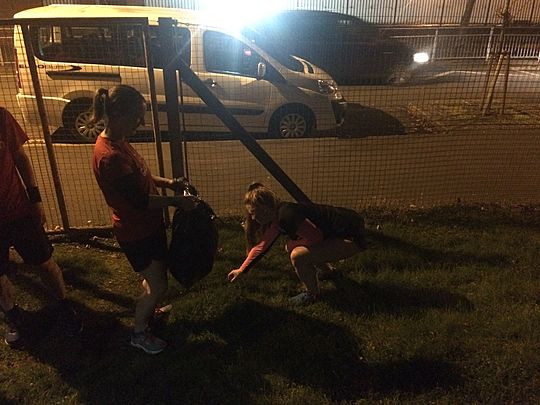 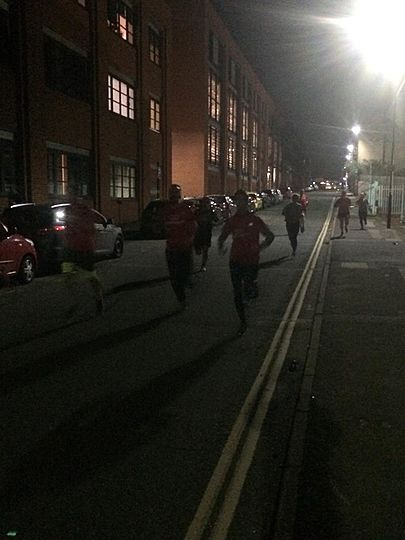 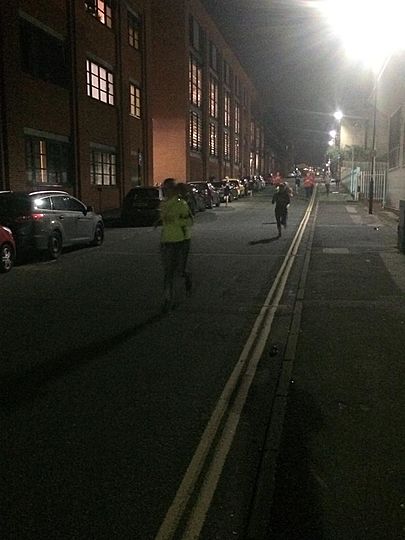 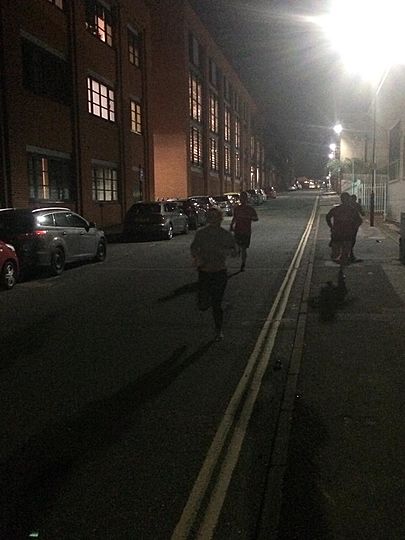 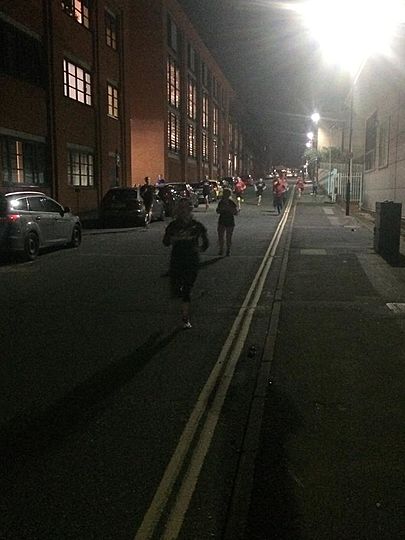 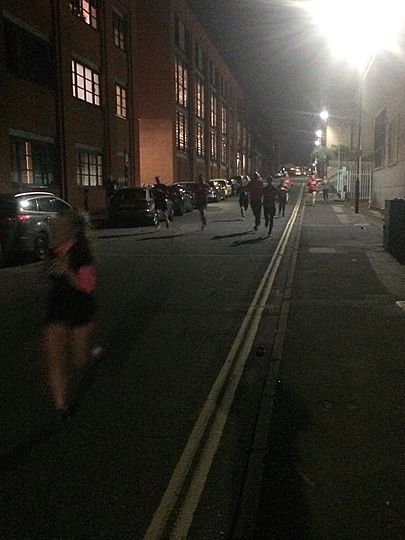 Tonight we welcomed Megan to GoodGym for the first time, it was a pleasure to have you with us. George and John shared the back marking duties tonight with David doing the front.

We headed off to our task destination on what was initially a rather mild autumn evening. On arrival we met another Megan (the task owner) who had plenty of bin bags and head torches ready, as tonight’s task was a litter pick on the school’s wildlife area.

Once done the temperature had dropped somewhat so the group were ready for the run back! Just before we got to 1000 Trades, we did some interval training. Tonight it was pyramids, 30 seconds, 45 seconds, 1 minute and then back down. All but the 45s being up hill, so an added ‘Brucey bonus’ of some hill work thrown in for good measure! Everyone worked well, George and David showing some great leg speed, Chloe was very quick on her first GG interval Sess, Naomi worked well driving up the hill and Megan put in some great work on her GG debut. Emily had a great finishing rep as did Rob and Laura, pushing each other up the last climb! Anyway the whole group should have been mentioned as they were all collectively fantastic.

The best thing about this interval session spot, is once it’s done the group only have another 300 metres to drag their weary legs back to 1000 Trades! So that was it, after a quick stretch we were done for another week!